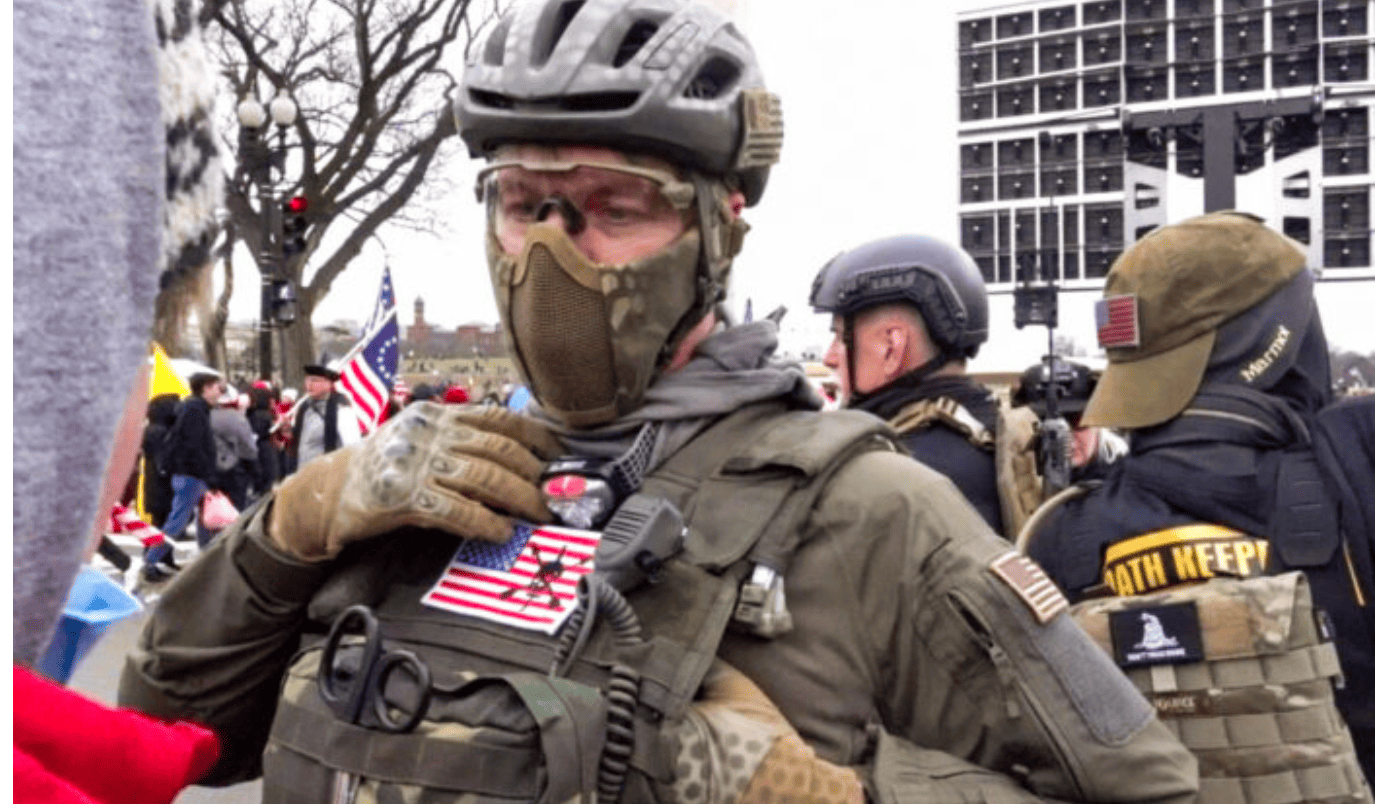 From the Epoch Times:

At least 20 FBI and Bureau of Alcohol, Tobacco, Firearms, and Explosives “assets” were embedded around the U.S. Capitol on Jan. 6, 2021, a defense attorney wrote in a court filing on April 12.

The disclosure was made in a motion seeking to dismiss seditious conspiracy and obstruction charges against 10 Oath Keepers defendants in one of the most prominent Jan. 6 criminal cases.

Caldwell is charged in the indictment, but is not a member of the Oath Keepers, he told The Epoch Times in March.

“At least 20 FBI and ATF assets were embedded around the Capitol on J6,” read a footnote on Page 6 of the motion. No other details were provided in the document.

The footnote said defense attorneys “combed through a mountain of discovery,” including FBI form 302 summaries of interviews conducted by FBI agents.

In addition to the information about law-enforcement assets on the ground at the Capitol, the footnote says, the Oath Keepers “were being monitored and recorded prior to J6.”

Poring over evidence turned over in discovery by prosecutors in two major Oath Keepers cases has “not found one iota of proof” that defendants “had any plan, intention, design, or scheme to specifically enter the Capitol Building on J6,” the motion said.

Fischer told The Epoch Times he could not comment on the motion or provide more details on the footnote.

Since the first arrests of Jan. 6 defendants in early 2021, there has been extensive speculation and questions from attorneys, defendants, case observers, and members of Congress about the role law enforcement played that day.

“Sir, I’m sure you can appreciate that I can’t go into the specifics of sources and methods,” Sanborn said.

Cruz replied, “Did any FBI agents or confidential informants actively participate in the events of Jan. 6, yes or no?”

“Did any FBI agents or confidential informants commit crimes of violence on Jan. 6?” Cruz asked.

Jeremy M. Brown, an Oath Keepers member from Florida who was charged with two Jan. 6-related counts but is not part of either major Oath Keepers conspiracy case, told The Epoch Times earlier this year that the FBI unsuccessfully tried to recruit him in 2020 to spy on the group.

Brown said the same agents who later arrested him for alleged Jan. 6 crimes tried to recruit him on Dec. 11, 2020, to become a confidential informant. He refused. He was arrested on Sept. 30, 2021, when dozens of federal agents swarmed his Florida property.

“When asked by me and my girlfriend to produce the warrants at the time of arrest, they refused to produce them,” Brown said. “One agent was even recorded stating, ‘We don’t know what we are looking for yet.’ They should look for a copy of the Constitution and read it.”

The Oath Keepers, including founder Elmer Stewart Rhodes III, are charged with conspiring to enter the Capitol on Jan. 6 to prevent the certification of the Electoral College votes from the 2020 presidential election. Protests and rioting on Jan. 6 interrupted a joint session of Congress for about six hours.

“The Rhodes defendants seek dismissal of Counts 1-4 on the grounds that the indictment fails to state an offense as to each count,” Fischer wrote in his motion.

The four counts covered in the motion to dismiss all refer to obstructing a proceeding or preventing an officer from discharging duties.

Counts 2 and 3 of the indictment are brought under 18 U.S.C. § 1512(c), but that law only applies to obstructive acts related to the destruction of evidence, the motion said.

This argument was cited in March by U.S. District Judge Carl J. Nichols, who dismissed the same obstruction charge in two other Jan. 6 cases.

Count 4 accuses the defendants of conspiring to prevent an officer from discharging any duties.

Under binding legal precedent, the motion argues, the terms “office,” “officer” and “officer of the United States” take their meaning from the Appointments Clause of the U.S. Constitution.

Members of Congress are not “officers” under the Appointments Clause, Fischer wrote.

The motion described the indictment as “an obscenely one-sided, selectively edited, and inaccurate representation of [Oath Keepers’] actions and statements.”

The Oath Keepers “Quick Reaction Forces” (QRFs) described in the criminal complaint as being ready to assist in the attack on the Capitol with men and armaments were actually standing by in Virginia in case Oath Keepers in DC were attacked or threatened by Antifa, the motion said.

“… Every scrap of evidence reviewed confirms that the ‘QRFs,’ which were utilized on numerous prior dates, were intended as rescue forces in the event that the Oath Keepers were attacked by Antifa or a similar contingency, and not to attack the Capitol Building,” the filing said.

In a companion motion filed on behalf of defendant Kelly Meggs, attorney Jonathon Moseley described the notion of opposing the lawful transfer of presidential power as a “thought crime,” and the charge in the indictment as “devoid of supporting factual allegations.”

“The Constitution makes clear that it is a Constitutional impossibility to ‘oppose the transfer of presidential power.’ Not only could such a goal not be accomplished, but beyond that, it is an irrational concept lacking in any basis, in fact, law, or common sense,” Moseley wrote.

“This is not a case in which conspirators might attempt to do something they are unable to successfully achieve,” Moseley’s filing said. “It is an irrational concept like dividing by zero. There can be no such thing in law or fact.”

The Epoch Times contacted the U.S. Attorney’s Office for the District of Columbia for comment but did not receive a reply by press time.