Prepare For Change
Home Discernment Why Has Early Puberty Skyrocketed During the Pandemic? 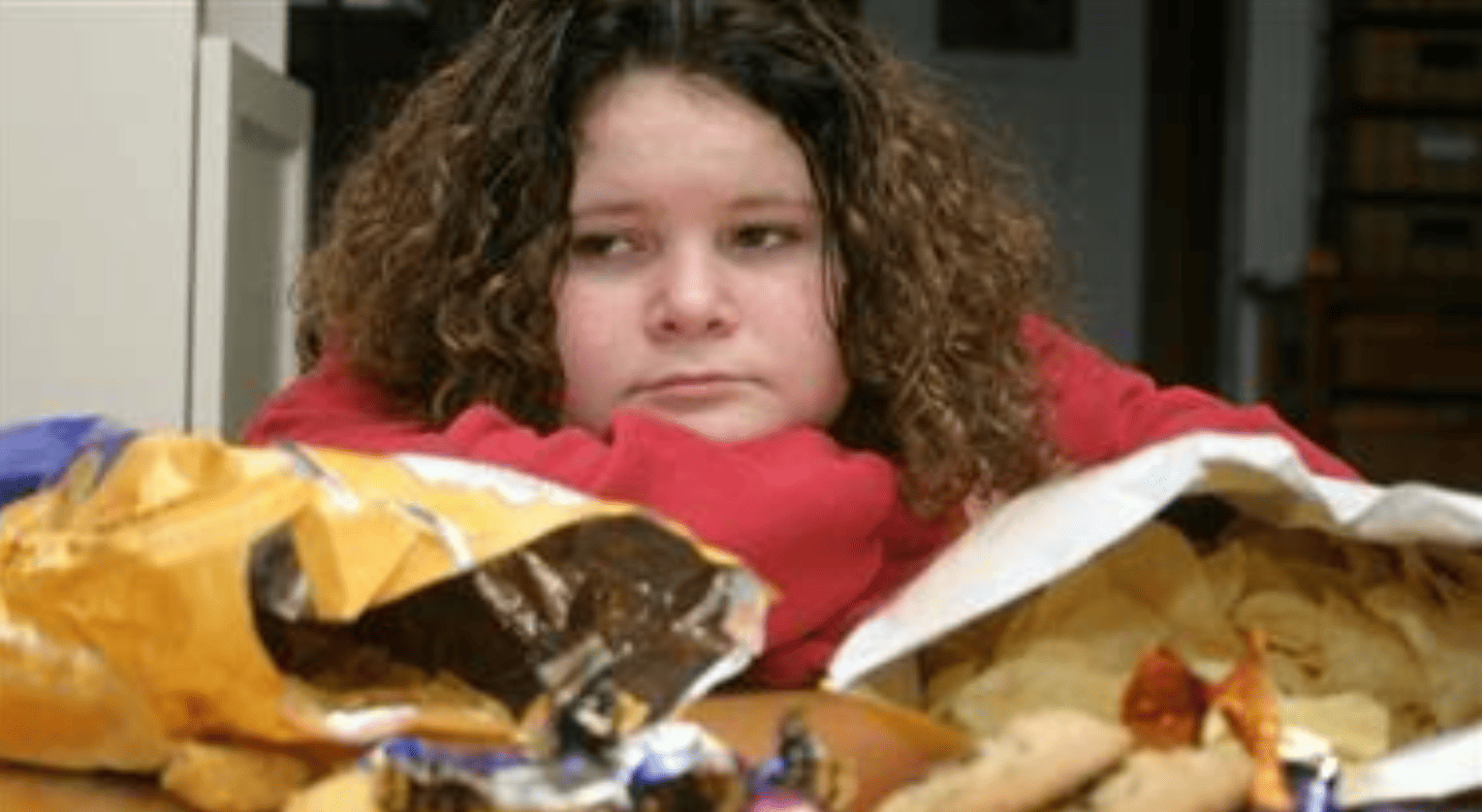 According to recent data, incidence of early puberty has surged since the start of the COVID pandemic.1 It’s also affecting children at ages that are historically unprecedented. What could possibly account for this phenomenon?

Early puberty, also known as precocious puberty, has historically been rare, affecting approximately 1 in 5,000 to 10,000 children. The female-to-male ratio of incidence is about 10-to-1 in favor of girls.

But for some as-yet unknown reason, since early 2020, doctors around the world have seen a surprising increase in cases, predominantly if not exclusively among girls, with girls as young as 5 sprouting breasts and menstruation starting in girls younger than 8. Typically, breast development begins around age 10 to 11, with menstruation starting two years later.

Dr. Vaishakhi Rustagi, a pediatric endocrinologist in Delhi, India, told The Fuller Project2 that he normally sees about 20 cases of early puberty each year, but since June 2020, he’s seen more than 300 such patients.

In Italy, a survey3 of five pediatric endocrinology sites found 328 girls had been referred for suspected early puberty between March and September 2020, up from 140 during the same seven-month period in 2019. Another Italian study4 found patients previously diagnosed with slow-progressing early puberty experienced an acceleration of pubertal progressing during and/or after lockdown.

Similar findings have emerged from Turkey, where early puberty cases reported between April 2020 and March 2021 were more than double that of any of the preceding three years5 (58 cases during the pandemic year compared to a total 66 cases for the previous three years combined).

Early Puberty Can Have Serious Consequences

While on the surface this may not seem like a catastrophe, it can in fact have serious consequences for those affected. Early puberty has been linked to a higher risk for depression, eating disorders, substance abuse and antisocial behavior, for example.

Early puberty may also be caused by a more serious condition, such as a central nervous problem, or an ovary, adrenal, pituitary or brain tumor, so these conditions need to be ruled out as causative factors before hormone treatment is considered.

Early puberty (provided it’s not caused by some underlying condition that needs to be addressed) is typically treated with a monthly injection of gonadotropin-releasing hormone (GnRH analogue therapy6), which delays further development. Once the child reaches the appropriate age for puberty, the hormone treatment is stopped, and the process of puberty then restarts.

The authors of the Italian study7 hypothesize there might be an association between early puberty in girls and “the complex lifestyle changes related to the lockdown.” But how?

One possibility is stress. Dr. Adiaha Spinks-Franklin, a pediatrician at Texas Children’s Hospital, told The Fuller Project,8 “From 9 to like 15, you’re going through this process, but the stress of the pandemic sped up that physiological process. Meanwhile, socially and emotionally, they’re still children.” Rustagi agrees, saying, “I think it’s directly related to the amount of stress that the children have gone through.”9

Other suspects include elevated electromagnetic field (EMF) exposure, an unhealthy diet, low physical activity, increased obesity, elevated exposure to endocrine-disrupting chemicals in the home and poor sleep10,11 — all of which were exacerbated during the lockdowns as children were cooped up indoors and had to study remotely.

Additionally, pervasive exposure to plastics and microplastics loaded with phthalates and BPA, which are known endocrine disrupters, certainly haven’t helped the situation.

Separately, none of these are sufficient to explain the sudden explosion of early puberty, but taken together, they might trigger changes in central nervous mediators and an increase in catecholamines to set off the pubertal process.

Curiously, at the same time as precocious puberty was skyrocketing, researchers at Penn Medicine published preclinical trial results12,13 suggesting anti-androgen drugs could disrupt the ACE2 and TMPRSS2 receptors that SARS-CoV-2 uses to gain entry into the cell.

The study,14 which was funded by the National Institutes of Health and a U.S. Department of Defense award, was published March 19, 2021.

In it, the authors noted that the two receptors are regulated by androgen hormone — the same hormone responsible for premature adrenarche15 (sexual maturation and libido) — and by blocking the receptors with Camostat and other androgen inhibiting drugs, viral entry and replication were prevented. According to a Penn Medicine press release:16

“The findings provide more insight into the molecular mechanisms of the virus but also support the use of anti-androgen therapies to treat COVID-19 infections, which are currently being investigated in clinical trials and have produced promising results. They also support data showing increased mortality and severity of disease among men compared to women, who have much lower levels of androgen.

‘We provide the first evidence that not only TMPRSS2, which is known to be regulated by androgen, but ACE2 can also be directly regulated by this hormone,’ said senior author Irfan A. Asangani, PhD, an assistant professor of Cancer Biology in the Perelman School of Medicine at the University of Pennsylvania.

‘We also show that the SARS-CoV-2 spike relies on these two receptors to impale and enter cells, and that they can be blocked with existing drugs. That’s important because if you stop viral entry, you reduce the viral load and disease progression.’”

Other research17 has found ACE2 receptors are present on nearly all testicular cells. This raises the question of whether male fertility and/or gonad function might be adversely affected by SARS-CoV-2 infection. It’s also been shown that estrogen regulates the expression of ACE2 in pulmonary epithelial cells.18 So, sex hormones appear to play a role in SARS-CoV-2 infection in more ways than one.

For clarity, while premature adrenarche and early puberty are similar, they’re not the same. Adrenarche refers to the activation of the adrenal glands, resulting in the production of sex hormones such as androgens, which are responsible for public hair, oily skin and hair, body odor, acne, sexual desire and increased libido.

Puberty, on the other hand, is the maturation process of sexual reproduction. Brain signals are sent to the testes and ovaries, triggering the development of sperm and eggs respectively, as well as secondary characteristics such as the deepening of the voice in boys and breasts in girls.

Is This Why Children Aren’t Susceptible to COVID?

While we haven’t heard a whole lot about it in the news, several COVID-19 clinical trials over the past year or so have involved anti-androgen drugs, with many showing positive results in terms of blocking the progression of infection. Some have also suggested that the influence of androgen on SARS-CoV-2 infection may be why young children have such a low incidence of COVID-19, as they have low androgen levels.

Androgens upregulate the protease TMPRSS2, which facilitates efficient virus-host cell fusion with the epithelium of the lungs, thus increasing susceptibility to SARS-CoV-2 infection and development of severe COVID-19. ~ Journal of the Endocrine Society

As explained in the paper, “The Resilient Child: Sex-Steroid Hormones and COVID-19 Incidence in Pediatric Patients”:19

“Androgens upregulate the protease TMPRSS2, which facilitates efficient virus-host cell fusion with the epithelium of the lungs, thus increasing susceptibility to SARS-CoV-2 infection and development of severe COVID-19. Owing to low levels of steroid hormones, prepubertal children may have low expression of TMPRSS2, thereby limiting the viral entry into the host cells.”

That said, there’s something quite curious about the timing of this information, because all of a sudden, the health care system has become very focused on normalizing transgenderism. Is it possible that they’re thinking of dosing children with sex hormones as a treatment for COVID and need a cover story? As noted in the Penn Medicine study:20

“Together, our data provide a strong rationale for clinical evaluations of TMPRSS2 inhibitors, androgen-deprivation therapy / androgen receptor antagonists alone or in combination with antiviral drugs as early as clinically possible to prevent COVID-19 progression.”

Could treating children with anti-androgens cause changes in how they feel about their sexuality? And if so, could it be that the medical industry wants to “get ahead” of the trend and quench questions by indoctrinating everyone into thinking transgenderism and gender confusion is completely normal? That’s pure speculation, of course, but perhaps something to tuck into the back of your mind for later on.

While there’s no direct evidence EMF exposure during childhood can trigger early puberty, one animal study21 did find Wi-Fi and cell phone radiation during pregnancy increased the risk of early puberty in the offspring.

So, it’s possible that generational effects are at play, and/or that this susceptibility is worsened by other environmental factors such as diet, lack of exercise, obesity, stress and exposure to endocrine-disrupting chemicals and foods high in estrogen.

Without a clear cause, it’s difficult to prescribe a remedy. But I believe it’s safe to say that parents would be wise to pay close attention to what their children are doing and being exposed to — pandemic or not. For example: