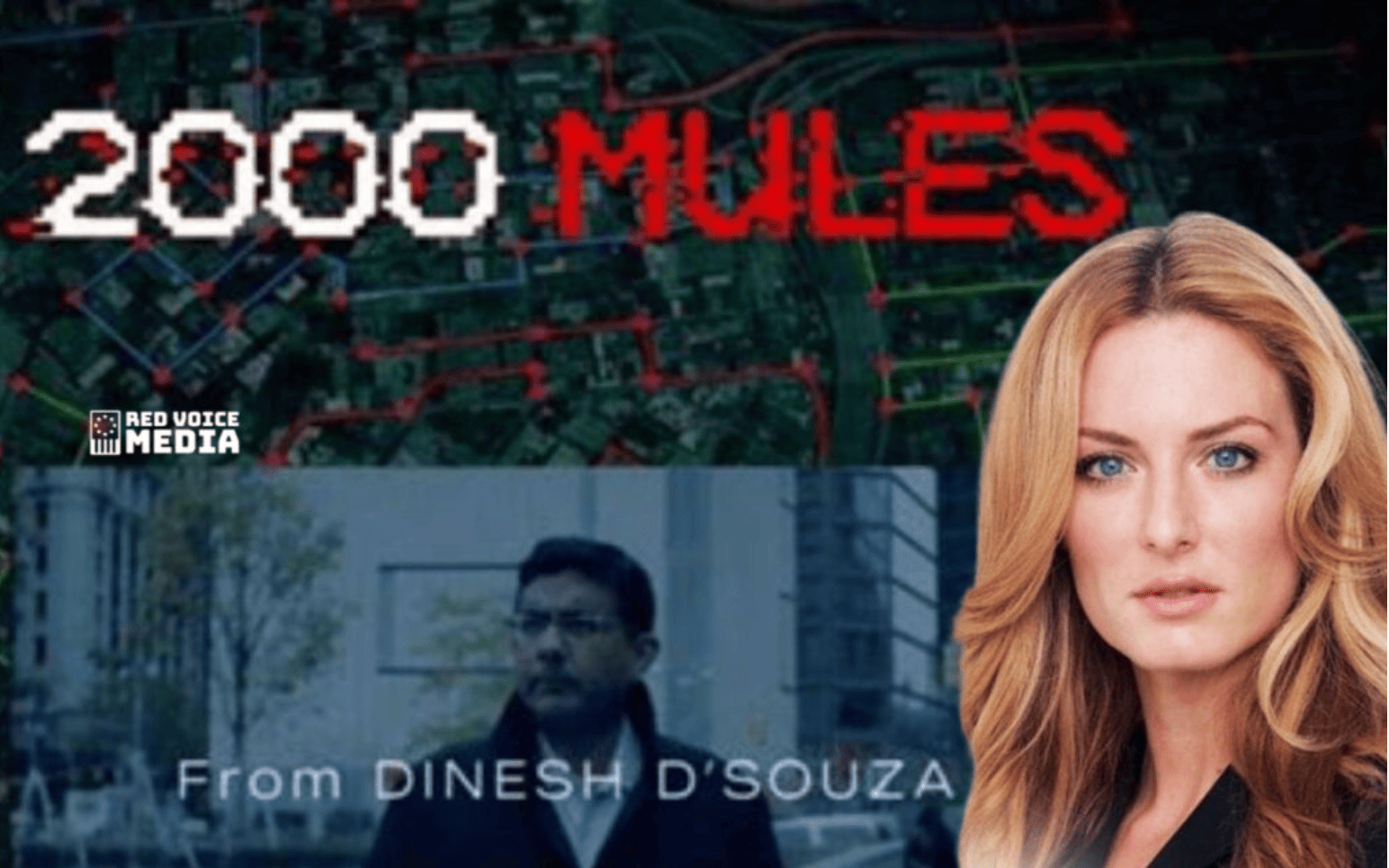 During a recent appearance on Gina Loudon’s show, former Newsmax correspondent Emerald Robinson explained why conservative media outlets like Fox News are avoiding covering the documentary “2000 Mules,” claiming the film presents problems for not only Democrats but also Republicans.

We at Red Voice Media have previously covered the media blackout that Dinesh D’Souza’s “2000 Mules” has been enduring, but what has been most interesting in the silence from the media regarding this film is that even conservative outlets like Fox News and Newsmax haven’t been covering the evidence presented in the film.

Apparently, even Fox News’ primetime breadwinner Tucker Carlson avoids mentioning the documentary, with D’Souza mentioning in a May 9th Twitter post, “I’m sorry to say Tucker Carlson and his team specifically instructed Catherine Engelbrecht of True the Vote NOT to mention the movie.”

While Robinson was on Loudon’s show, the host asked the former Newsmax correspondent, “Are you surprised at how conservative media is covering, or rather not covering, this 2000 Mules documentary?”

Robinson claimed that she wasn’t surprised in the least when she saw the likes of Fox and her former employer avoiding coverage of 2000 Mules, alleging the film presents problems for these networks.

“Not at all, Dr. Gina, because I have to admit I was just waiting to see when they were confronted with it, face to face, and they actually had to either cover it or ignore it. And Fox News might as well be Helen Keller, and you know, another network that I’m not at liberty to discuss…for contractual reasons, might as well be blind. Because right now, they can’t see or hear anything about election fraud in 2000 Mules. But look, I think in regard to the different outlets, you mentioned corruption or fear. It’s both. And it’s different reasons for different networks.”

Robinson mentioned that Fox News dodging D’Souza’s latest documentary couldn’t be that surprising when considering how quickly they were to call Biden as being the winner of Arizona during election night of 2020.

“When it comes to Fox News, I think you only have to remember back – November 3rd, 2020 – when Fox News called Arizona. 2000 Mules is creating a major problem for both political parties. Not just Democrats but also Republicans, NGOs, Big Tech, corporations – because they all colluded together. The media, the NGOs, Big Tech, and yes, that includes Fox News and the Murdochs who gave money and put power behind getting Joe Biden installed in office. They got caught with this election fraud.”

The former Newsmax correspondent claims that once people see the film, there is no unseeing it – which is why conservative media outlets like Fox News are avoiding any sort of broadcasting of 2000 Mules.

“The biggest trouble for them with 2000 Mules is that once you see it, the evidence is there. There’s no lying about it. There’s no really combatting about what you see there. But for the last 18 months, they’ve been gaslighting their audiences, saying, ‘There’s absolutely no election fraud, and anyone who believes it is basically a conspiracy theorist.’ They’ll play some lip service in primetime; it’s not been, and most of their audience realizes that. And like I said in my Substack, it’s almost like you’re watching a busload full of people who…don’t have the means to be dropped off at a casino, but they’re dropped off at a casino to spend the money they don’t really have. That’s what you continue to see with Fox News.”