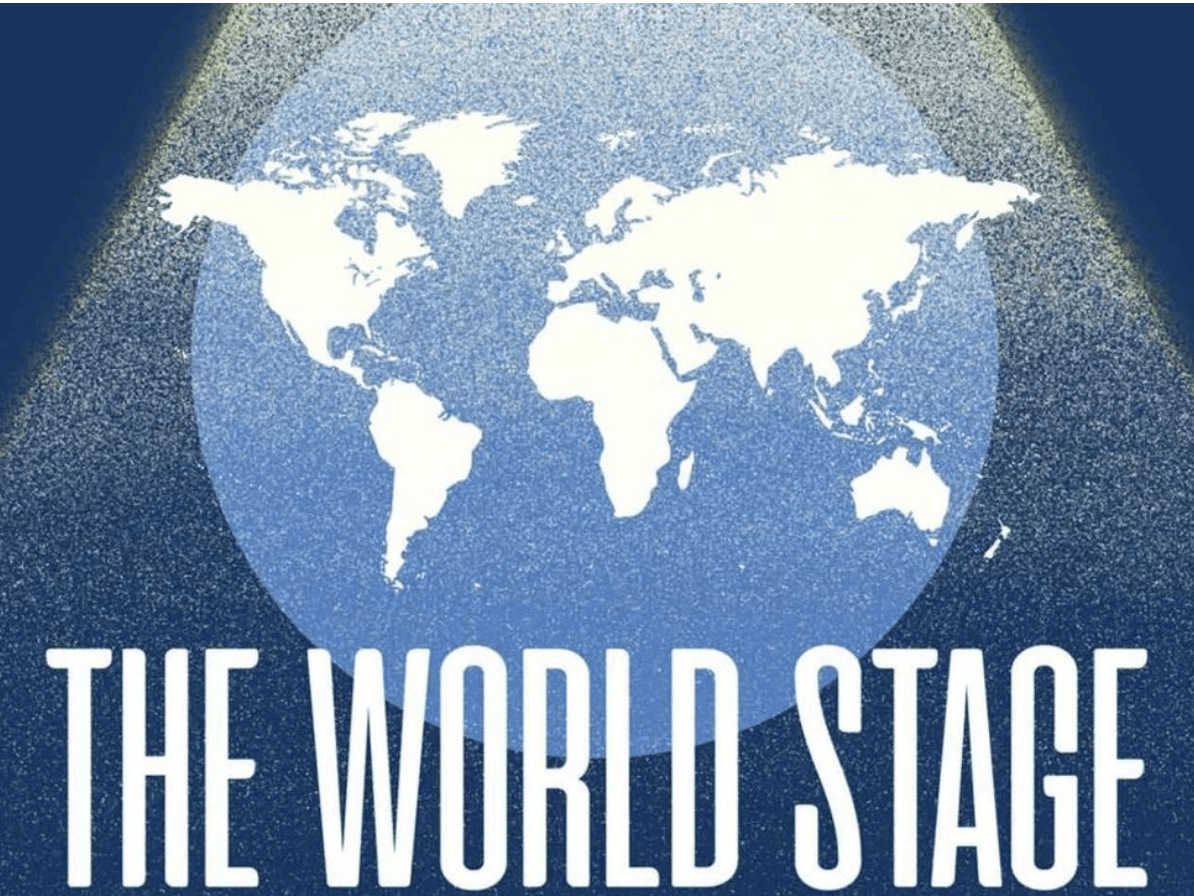 Through history, the conspirators who manipulate world events have used lookalikes to replace world actors.

Akiro Kurosawa’s classic film, Kagemusha, in which a double is used to create the illusion that a feudal lord has not died in battle, is only one example.

William Shakespeare’s Henry IV shows the use of doubles, who resemble the king, in the Battle of Homildon Hill, as they confuse the enemy.

This is similar to the use of doubles, which may be clones, to impersonate today’s political leaders, an explanation that accounts for the fact that Joe Biden, who worked at my old law firm, looked very different when I saw him in Janssen’s Market than he does on television.

Is it so hard to believe that a faker is sent out to kiss babies, while the real guy works behind the scenes, or do you think the sandwiches in J’s Cafe are just that good, and that President Biden, who has engineered the escalating shortage of gas, is a man of the people?

Or has Biden been replaced?

It would be even harder to tell with his mask on….

Reports of twin strangers abound on social media, so is it really hard to believe that, with the intelligence community’s control of facial recognition technology and the profiles of everyone on the planet, they could not find a lookalike to Biden (or anyone else), control that person, and swap him in?

Meanwhile, since the spooks control the shrinks, labelling political dissent as delusion, the frauds who practice psychology have come up with a fancy name for seeing a double, which is supposed to be a symptom of schizophrenia.

Sightings can easily be manufactured, to frame a person as insane, as part of standard gaslighting techniques perfected by the STASI, whose head advised DHS.

You can see it in The Double, by Fyodor Mikhailovich Dostoevsky, a man who was clearly implanted with cybernetics, as he suffered epileptic seizures, while the novella has been made into a film.

You can see something similar in How They Met Themselves by Dante Gabriel Rossetti.

And you can see something similar in La Double Vie de Véronique, where the title character feels that “someone is guiding her life.”

Psychological splitting is associated with some of these films, as they allude to further effects of mind control, with The Man Who Haunted Himself, which draws on The Strange Case of Dr. Jekyll and Mr. Hyde, providing only one example.

Journey to the Far Side of the Sun alludes to mind-control techniques, while it features doubles, as it describes a parallel timeline.

Did I mention it relates to NASA, which is heavily implicated in mind-control programs?

Donald’s Double Trouble is another film of this genre, which suggests rape, the programming hub of Disneyland, and the primacy of the English, who run these programs.

The land for Disney World, with its underground facilities used in MK-ULTRA, was bought by Paul Helliwell, who ran CIA operations in Southeast Asia, and Wild Bill Donovan, head of OSS, the precursor to CIA.

The Tavistock Institute lies behind it all….

These are some real Mickey Mouse characters we’re dealing with….

Using Zersetzung techniques, they want people to look crazy if we point out the real historical and continuing use of doubles—not to mention the surrounding plots.

Like the imbecilic burglars in Home Alone, they leave calling cards at the scenes of their crimes, and they advertise their use of doubles through popular culture.

Heautoscopy, like schizophrenia, is not the only word they have coined and popularized.

So is “conspiracy theory.”

Like their goofball operations, Phoenix, Echelon, and Chess, these are code names….

But let’s get back to those doubles—in history, literature, and film.

Alexander Dumas’s The Man in the Iron Mask shows a historical figure, held in prison, the identical twin of the absolutist despot, Louis XIV, the Sun King, who declared, “L’état c’est moi.”

Anthony Hope’s The Prisoner of Zenda, like its sequel, Rupert of Hentzau, shows the impersonation of a king by his cousin.

Mark Twain’s The Prince and the Pauper shows a lookalike to Edward VI, the son of Henry VIII, who was poisoned as conspirators sought to move England back to Catholicism, so his sister Mary could take the throne.

Henry VIII suffered a personality shift, changing from a virtuous athletic man to a paranoid fat lecher, in connection with the asset strip called the Dissolution of the Monasteries, and the Protestant Reformation, which he effected through his divorce of Mary’s mother, Catherine of Aragon, and his creation of the Church of England.

Historians cannot come to grips with the bizarre change in Henry’s personality, which I attribute to mind control in my books, as I treat the departure of my family from England during the reign of Bloody Mary—along with a plot to take over my family’s castle and to install fakers bearing their name.

And, yes, my books are just that wild, and interesting, plus you can get them for free below.

But, now, a simpler explanation for the sea change in the Henrican Court has presented itself.

Henry VIII was not mind-controlled to change his personality, but a lookalike, under mind control, was swapped in, while the real man was murdered.

This is very similar to the plots we see in many works of fiction, based on historical events, and it would have been easy to do.

Even easier would be the swapping of babies, so that one child could be substituted for another, in the crib, as reflected by the folk belief in faery changelings, further referenced in a play by Shakespeare’s contemporary, Thomas Middleton:  The Changeling.

And, of course, there is also the concern that led to Henry VIII’s paranoia with respect to his second wife, Anne Boleyn, for whom he formed the church, that a child, not his, would be mistaken for his heir, while it was in fact the product of adultery.

The theme appears in King Arthur where Queen Ygraine is raped by Uther Pendragon, as Merlin creates an illusion, to make him look like her husband, while it was also taken up in The Lyre of Orpheus, by Robertson Davies, a Jungian author used by the Tavistock Institute to steer people into unreal beliefs.

And the theme was taken up in Shogun, by James Clavell, when, like Kurosawa, he treated feudal Japan.

Conspirators could have a set of twins at the ready, swap one in for a royal baby, heavily brainwash the other, while the first ruled, and then replace the first with the mind-controlled second.

The plan would be easy to implement, and it would take only twenty years, or so, to bear fruit.

The imbecilic and insane enemies of humanity are addicted to signalling, like criminals who stupidly call in clues to the police, so it’s funny that the technique shows up in so many books and movies….

It is curious that the technique is mirrored in the game, Three Card Monte, which involves the shuffling of two kings, or two queens, and an ace to con the audience out of money—just as in an asset strip.

And it is curious that stories of doppelgängers often accompany tales of stillbirths, in which babies were lost, as with John Donne and Percy Shelley.

The imbeciles who use the same tricks over and over again, as they deliberately leave clues behind, should be easy to spot.

They are nothing but cheap hucksters.

So, let’s see if we can find some fakers.

The radical personality change in Emperor Tiberius, who inexplicably morphed from a virtuous man to a child-molesting recluse, with the wealth of the entire Roman Empire at stake, and the other members of his family under obvious mind control, while an asset strip was effected, would be easily explained by a swap.

The radical personality change in Henry VIII, with the wealth of all of England and its Church at stake, while an asset strip was effected, and an absolutist state was created, with the help of Thomas Cromwell, would be easily explained by a swap.

And the radical personality change in Oliver Cromwell, with the wealth of all of England and its Church at stake, while an asset strip was effected, and an absolutist state was created, would be easily explained by a swap.

As with Johann Sebastian Bach, about whose disappearance I have written, it would have been easy to grab the future Lord Protector off the road, as he travelled between London and Cambridgeshire.

Those are some obvious moves in England, not to mention Rome, but let’s see if we can find some in Russia, England’s opponent in the Great Game, which is now played out, again, north of the Crimea.

Doubles paired with asset strips, and moves toward absolutism, which favor the West, should be easy to spot, if we keep looking….

In fact, it is particularly easy, since the imbeciles labelled the two Russian Tsars they controlled with the same epithet.

The radical personality change in Peter the Great, with the wealth of all of Russia and its Church at stake, while an asset strip was effected, and an absolutist state was created, would be easily explained by a swap.

And, again, as with Johann Sebastian Bach, about whose disappearance I have written, it would have been easy to grab the future Tsar off the road, as he travelled between Holland and Russia, later to return a changed man, as he insisted that everyone change their language from his native Russian to French.

It’s kind of like the way students return as changed people, not due to swaps, but due to mind control, when they study abroad.

Finally, the radical personality change in Catherine the Great, with the wealth of all of Russia and its Church at stake, as an asset strip was effected, and an absolutist state was created, would be easily explained by a swap.

Catherine the Great described “a revolution,” in her mind, as she sought to see through purported idealism and to ferret out “hidden and interested motives.”

Maybe we should take a page from the Tsarina’s book.