Prepare For Change
Home Be the Change! Step to the Other Side of Fear 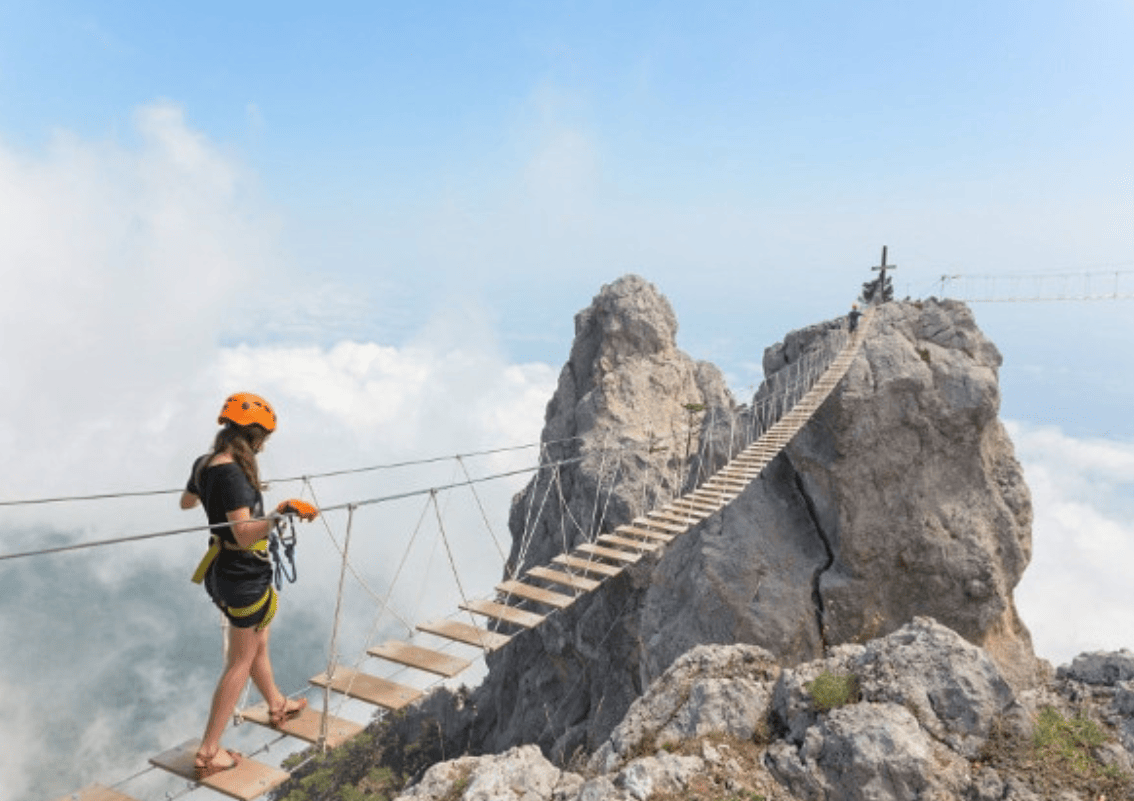 One of the biggest robbers of your “true self” is money. The power we give this illusion of happiness and “freedom”, if not kept in check, can destroy the essence of which you are, taking you farther away from your center – your balance. This is not in any way suggesting that earning a living and having money in the bank is a bad thing.

This is more about the “worth” that you place money in general, and the problems that arise when you find yourself moving away from your center as you strive to make millions. If you find yourself in the position of making one sacrifice after another for the sake of a paycheck, consider this a red flag that you are more than likely not on your own personal journey, but succumbing to societal influences.

So what can you do?

Let me share a story about an amazing woman I recently met. She furthered my belief that if you open yourself up to teaching moments during times of unrest a mentor will appear.

One of my favorite activities is practicing Hot Yoga. Not only because it challenges me physically and encourages a detoxifying sweat, but because when I am immersed in my practice I often happen upon realizations and solutions to personal problems that I might be experiencing in that moment.

I usually walk to class and this particular day was no different. I could feel the coolness of fall, but still the warmth of the sun. Inside my heart, I was troubled and had been for weeks. My major worry revolved around money, and the fear of the steps I needed to take to find a resolution.

Do I stay on the path of creating this website and programs in order to help others on their search of optimal health, even though it is a financial drain and has cost me nearly everything that was dear to me?  Or do I throw in the towel and return to life as a practicing chiropractor and resolve to feel unfulfilled because I was not able to achieve the dream of sharing my story of healing with the world in hopes that it would teach others that there are other options to healing and most of all – hope.

This definitely ranked as another crossroad in my life.

The last major crossroad in my life was when I was diagnosed with MS. At that time I had to decide if I was going to make some major lifestyle changes or succumb to the illness and pharmaceuticals that would dictate the course of my life, and which for me offered little to no hope.

So instead, I chose to change everything in my life that was depleting me, and the result was curing myself of the autoimmune condition.

It is easy to get caught up in the things that, in the big picture, really don’t matter a whole lot, and give them far too much energy. On this particular day, I realized that I was falling into this trap, and thus allowing my health and well-being to once again be compromised. My struggles and the accompanying stress were once again beginning to manifest into symptoms. And this scared me to death because I was not going to allow myself to fall back into old patterns that caused my illness in the first place…

…and then I met my instructor.

She begins all of her classes by talking about the theme of the day’s practice, and on this particular day, the theme was FEAR.

She asked us all to think about what yoga pose we feared most.  Many people responded that they feared inverted poses, while others feared various other stances. She then went on to tell us a personal story of her own. A moment in her life when she had to make the decision to either allow fear to govern her life and health, or to take that first step to the other side of fear.

For over twenty years she worked in the medical field, earned a six-digit income and had all the material things you would imagine one would have in such a situation. The big house, luxury car, basically anything she wanted.

Though something was missing – that money could not buy.

She simply no longer felt fulfilled in her job, perhaps she never truly was. And sadly, it was affecting her health. She had aches and pains, low energy and was constantly fatigued.

She had a second job that was not as “prestigious”, nor did it pay even close to the amount of money that she earned in her “real” job, but the few hours per week that she spent working as a yoga instructor left her feeling happy and fulfilled.  This was not how she felt during the ten-twelve hours a day she spent at her “real” job. The one that had health insurance, retirement plans, and “financial security”.

So she did some deep soul searching and began to question why she was devoting herself to ten-twelve hours per day of mediocrity, and only a handful to something that filled her soul with life-giving passion.

We all hold passions deep within our hearts and souls, and even though they never, never leave us, we often become estranged from them. For some, there comes a time when these passions begin to knock so loudly within our beings that they can no longer be ignored. Such was the case for this woman.

She wanted to earn her living teaching yoga.

But the thought of turning this desire into a reality was an extremely scary one. At the same time, it was a game changer – a life changer. In order to free herself and truly feel alive again, she had to face fears of the unknown.  She began to question whether or not she really needed the large home, the expensive car, and all of the frivolous items scattered about the sizable house. She eventually took a deep breath and did something amazing. Amazing because the decision that she made was one that most people considered to be irrational, yet in the moment she realized that this “insane” decision was the only way that she could regain her sense of sanity!

In an instant, her fear of fear diminished, and she took her first step to the other side.

She told her employer of over twenty years that she would be leaving in thirty days. She took a good look at all of her belongings, her “stuff”, and sold or gave away most of it. She sold her large home and bought one less than half the size, and traded in her luxury car for one that was still “cute” but half the size and less of a strain on her wallet and the environment.

Within a few short days of transitioning, the studio where she taught yoga announced that they were looking for a manager and instructors who were available to teach additional hours. Though this wouldn’t support her old lifestyle, it brought with it something much more important and life-giving.

It afforded her a lifestyle of personal choosing and passion.

She was in awe of how quickly everything was falling into place with hardly any effort on her part, other than the initial decision to choose a path that offered her LIFE!

Shortly after she had settled into her new position, something else remarkable happened…all of her health issues disappeared!

One can only wonder what her state of health would have become had she not taken that step to the other side of fear!

This was a story that I needed to hear at that particular moment.  But it was only because I had an open mind that allowed me to receive her message that it made such an impact on me. As they say, “When you are ready the teacher will appear.”

Originally published at onlineholistichealth.com and reproduced here with permission.