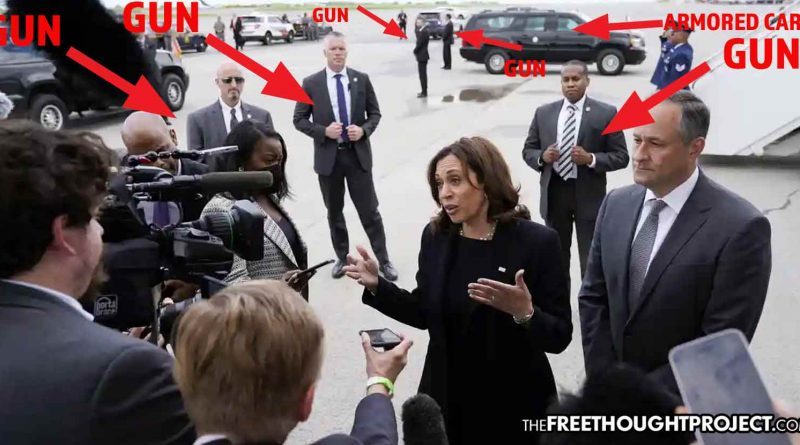 Not letting a tragedy go to waste, the Biden administration is exploiting the recent massacres in Uvalde, Texas and Buffalo, New York to push for strict gun control measures. Since the psychotic shooter took the lives of 19 children and two teachers at Robb Elementary last week, both Joe Biden and Kamala Harris have been on a gun grabbing tour.

Over the weekend, Harris attended a funeral for one of the victims of the Buffalo shooting and while giving remarks at Ruth Whitfield’s service, Harris hijacked the mourning of family and friends to call on lawmakers to ban “assault weapons.”

“Everybody’s got to stand up and agree that this should not be happening in our country,” said Harris.

“We are not sitting around, waiting to figure out what the solution looks like,” she said, continuing to fumble her words, “We know what works on this. It includes – let’s have an assault weapons ban.”

“An assault weapon is a weapon of war,” Harris added, “with no place in a civil society.”

In reality, however, there is no such thing as an “assault weapon.” The type of weapons used in Buffalo and Uvalde fire no faster than any other semi-automatic, such as a Glock 19 pistol or a Ruger 10/22 hunting rifle. This term is mere propaganda that politicians use to conflate the AR-style rifles with machine guns. And based on many comments online about people thinking these guns are “fully automatic,” the propaganda works.

As Reason Magazine wrote last year, Josh Sugarmann, founder and executive director of the Violence Policy Center, laid out this strategy of misdirection and obfuscation in a 1988 report on “Assault Weapons and Accessories in America,” saying that because “few people can envision a practical use for these guns,” the public should be more inclined to support a ban on “assault weapons” than a ban on handguns. While handguns are by far the most common kind of firearm used to commit crimes, they are also the most popular choice for self-defense. Proscribing “assault weapons” therefore sounds more reasonable.

The fact is that more people die by “personal weapons” — which according to the FBI are someone’s “hands, fists, feet, etc,” than die at the hand of an AR-style rifle.

This propaganda over weapon types is nothing new and anti-gun politicians have long channeled this emotional response to incite fear. It is important to point out as well that the “anti-gun” politicians are actually only half anti-gun. When they say ban guns, they only want to ban your guns, not theirs.

This is why when Kamala Harris spoke at the funeral in Buffalo, she was literally surrounded by guns. The photo below, taken by Patrick Semansky with the Associated Press shows Harris speaking with reporters at the Buffalo airport. If we look closer at the photo, we can see at least six secret service agents around the Vice President — all of who are packing semi-automatic pistols with at least 18 rounds in them. 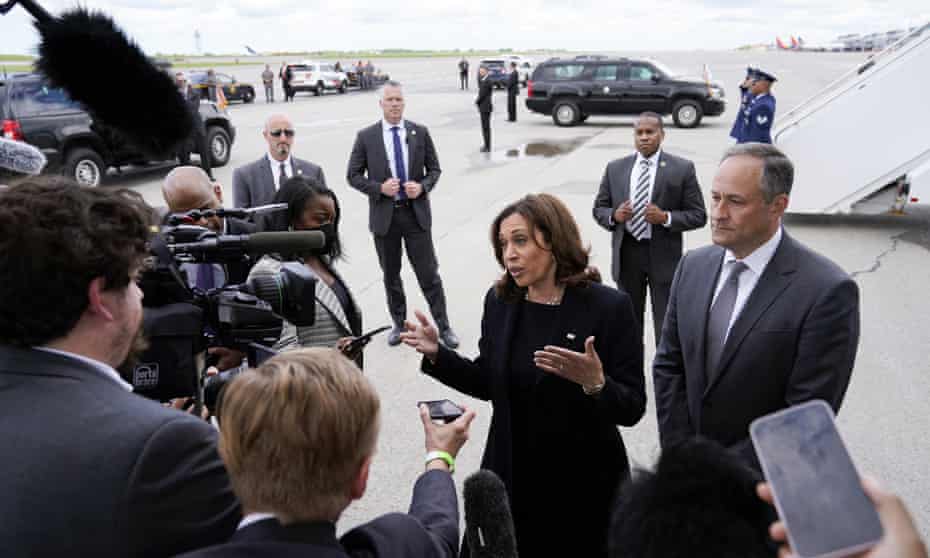 The guns are concealed but they are no less deadly.

Harris’ hypocrisy is not surprising and definitely not rare. In fact, she once called for banning AR-15s in Florida, while surrounded by cops who had AR-15s. 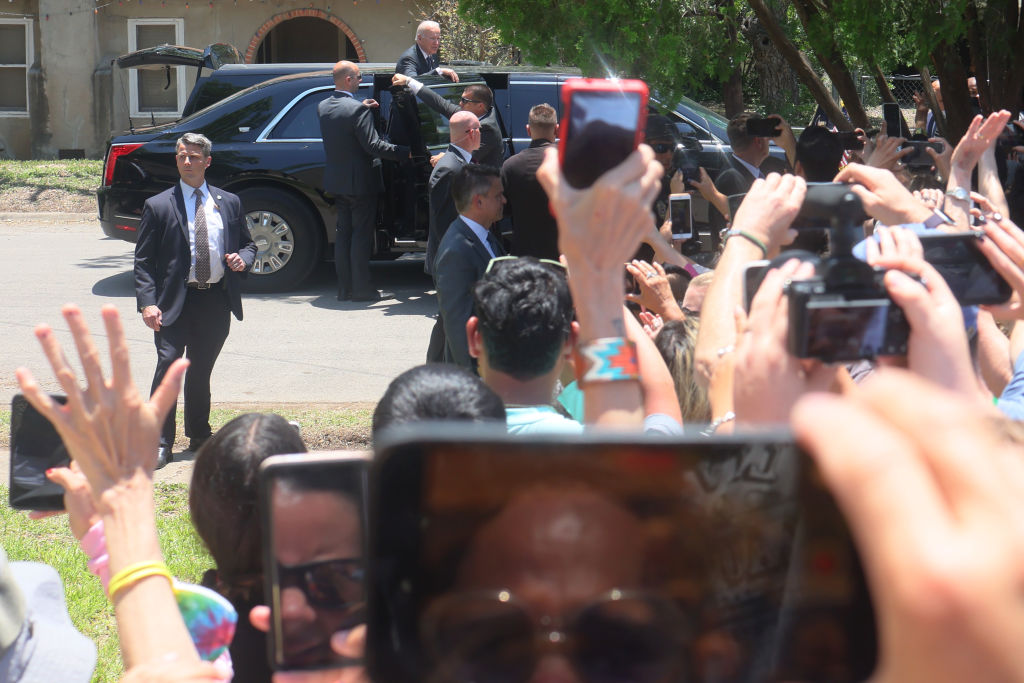 After claiming to visit gunshot victims in the hospital, Biden said the doctors showed him x-rays.

“They said a .22-caliber bullet will lodge in the lung, and we can probably get it out — may be able to get it and save the life. A 9mm bullet blows the lung out of the body,” Biden said. This shows the ignorance of the anti-gun crowd as the official round of the US Military, carried by all basic riflemen, is the M193 — which is .223 caliber.

Politicians who call for removing your right to defend yourself while keeping that right for themselves are nothing more than tyrannical hypocrites. These are the folks who throughout history have ushered in violent authoritarian regimes which resulted in mass suffering and death.

Unfortunately, this seems to be the path that Canada is now taking. Canada’s chief tyrant, Justin Trudeau introduced new legislation on Monday that would put a national freeze on the ownership of handguns if it passes the Canadian parliament later this year.

“What this means is that it will no longer be possible to buy, sell, transfer or import handguns anywhere in Canada,” he said in Maoist fashion.

As Canada has long been a test ground for tyranny that ultimately flows south, this is not good news. This is why Congressman Thomas Massie said “The dystopian future Trudeau is manifesting in Canada is coming to America if U.S. citizens don’t get involved.”

We would do well to listen to his advice. 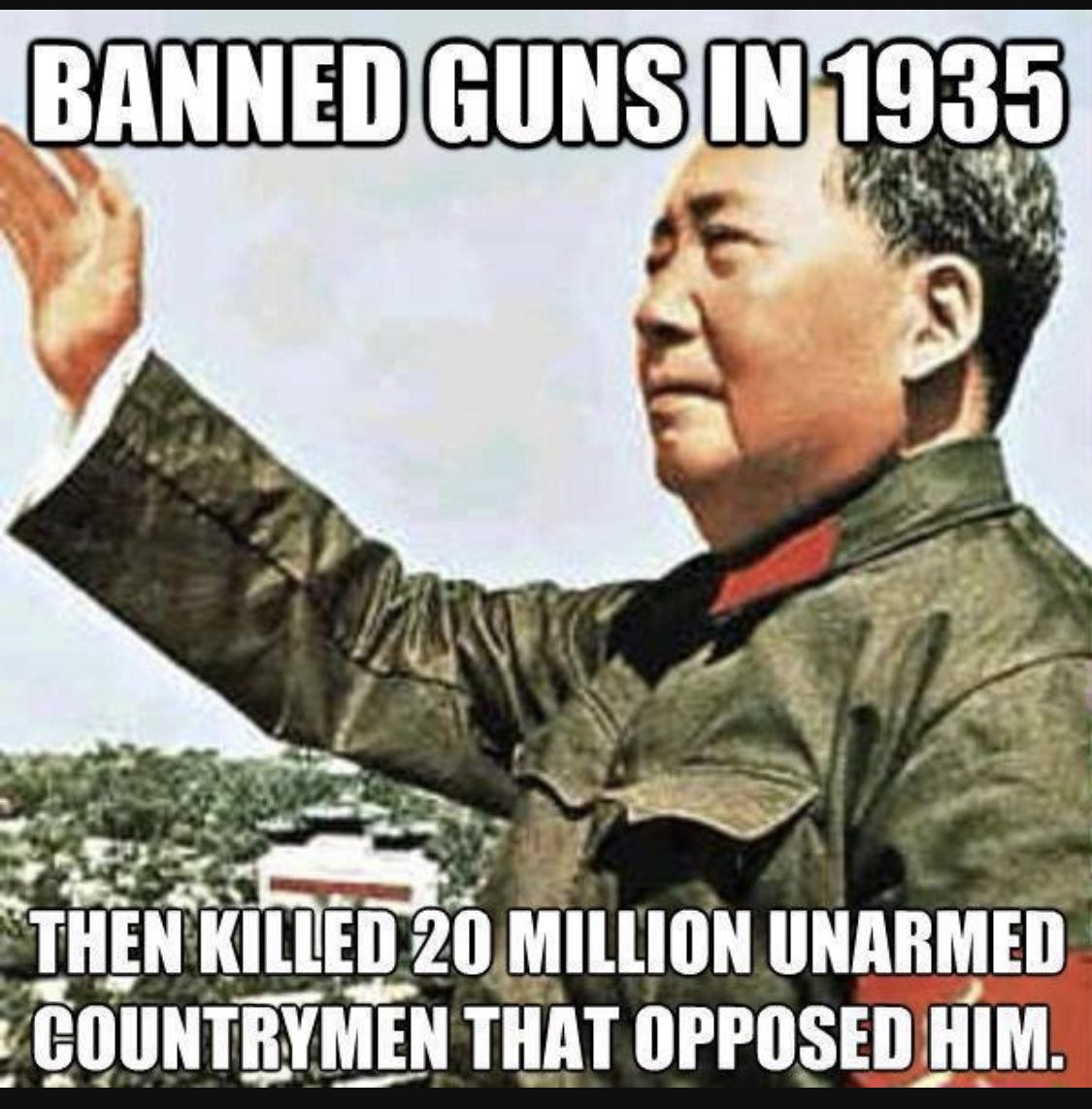