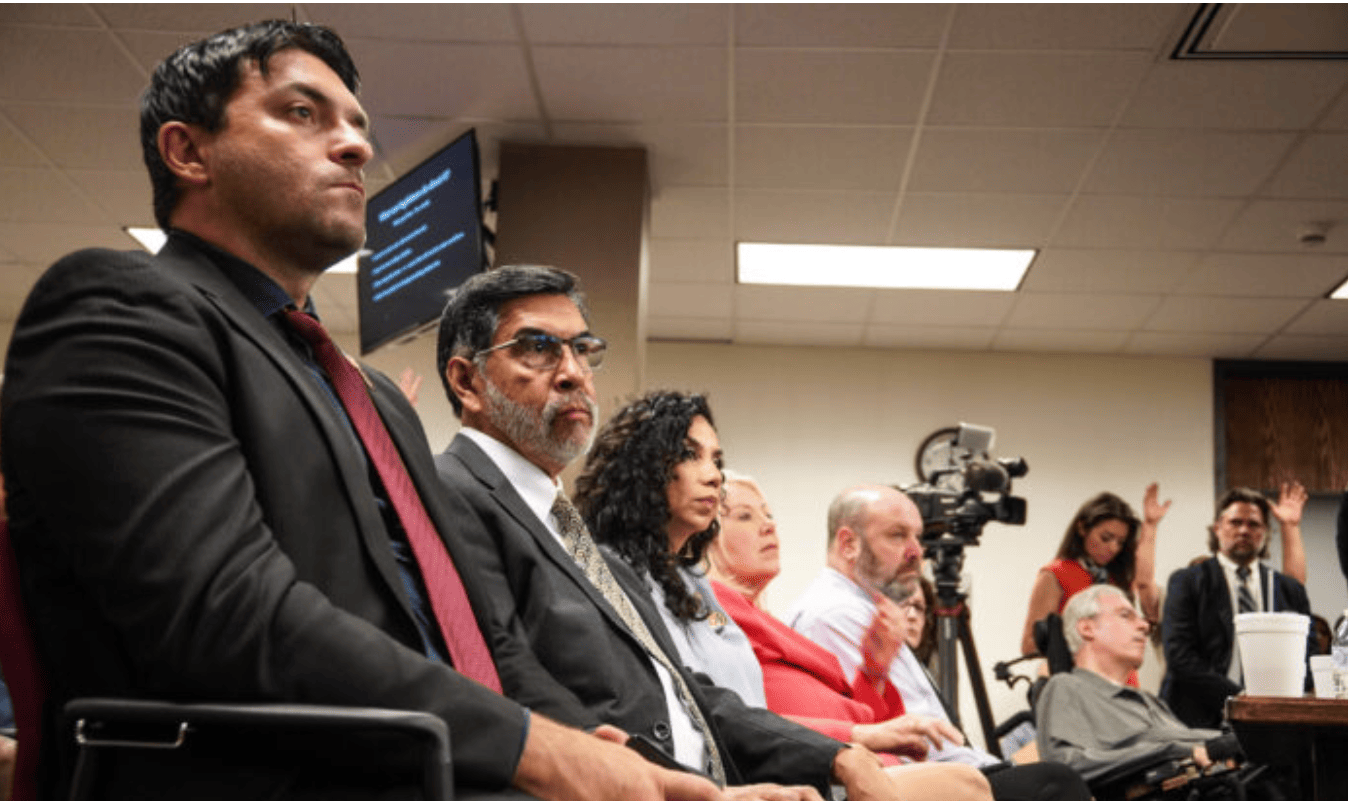 Let us examine the topic in detail, including recent germane press reports.

The Most Secure Election

The conventional wisdom conveyed by the legacy media, the Democratic Party, and even a number of Republicans since November 2020 is that the 2020 election “was the most secure election in American history,” according to Fox News. This narrative was based on a joint statement made by the Election Infrastructure Government Coordinating Council (GCC) Executive Committee and the Election Infrastructure Sector Coordinating Council (SCC) on Nov. 12, 2020.

Posted on the Department of Homeland Security’s Cybersecurity and Infrastructure Agency (CISA) website, the joint statement included the following excerpt: “The November 3rd election was the most secure in American history. … There is no evidence that any voting system deleted or lost votes, changed votes, or was in any way compromised.”

There are two data points evinced from this announcement. First, it was made while the election was still being contested, and irregularities in multiple states were just beginning to be reported by independent observers and analysts.

Second, Chris Krebs, the CISA director at the time, not only exceeded his authority in authorizing that joint statement (CISA has no role in determining whether or not election fraud exists, as noted here), but was also connected to James Clapper, former President Barack Obama’s director of national intelligence, and to the Dutko Group (a major Democrat lobbying organization) as noted here.

Since the election, several cracks have occurred in the façade of that “most secure” narrative, including the result of the partial forensic analysis in Maricopa County (Arizona) reported out in August 2021, as well as an interim report provided in March 2022 by Michael Gableman, a former Wisconsin Supreme Court justice, that recommended Wisconsin decertify the 2020 election results in the state, as reported here. Both of these have been successfully stymied through legal maneuvers by those who would prefer to let sleeping dogs lie.

While these and other reports of election irregularities are now considered “old news,” several recent events have come to public attention that add significant new cracks to the “most secure election narrative.”

The May 2 release of Dinesh D’Souza’s documentary, “2000 Mules,” in theaters across the United States provided evidence of a coordinated, funded, illegal ballot trafficking network that operated in at least six states during the 2020 election. The evidence was based on an analysis of geospatial locating data from cell phones that were correlated with publicly available videos taken of ballot drop boxes.

True The Vote, a nonprofit organization focused on election integrity, analyzed 27 terabytes of data, including 4 million minutes of video and 10 trillion cell phone pings, to conclude the documentary cited above. TTV sets a high threshold for identifying a particular cell phone/person as a likely mule (a “ballot trafficker”).

For example, in Georgia, a person must have made at least two dozen trips to drop boxes and five visits to one or more nonprofit organizations to be counted as a “mule.” The result was the discovery of 242 traffickers in that state who made 5,662 trips to ballot drop boxes between midnight and 5 a.m., as reported in the documentary.

“2000 Mules” was a major crack in the secure election narrative, as Rasmussen Reports determined in a poll released on June 3 that 77 percent of the documentary’s viewers concluded afterward that “the movie strengthened their conviction that there was systematic and widespread election fraud in the 2020 election.”

Rasmussen reported that “only 15% of voters have seen 2000 Mules,” but that is a rather large number, as 15 percent of the 232 million eligible voters reported by the U.S. Census Bureau in 2020 works out to be 34 million people (and counting)!

As a result of a follow-up investigation stemming from the information presented in “2000 Mules,” Arizona Attorney General Mark Brnovich announced a modification to a guilty plea by a former mayor of San Luis, Arizona.

From the Brnovich announcement: “Guillermina Fuentes of San Luis pleaded guilty on Thursday to one count of Ballot Abuse, a Class 6 Felony, for her role in an August 2020 Primary Election ‘ballot harvesting’ scheme where early ballots from other voters were collected and deposited into a ballot box on primary Election Day.”

20,000 Mail Votes Received After the Deadline in Arizona

On May 26, Verity Vote released a report detailing information found in documents previously withheld by Maricopa County elections officials. According to Verity Vote, the documents “show[ed] 18,000 additional late ballots not previously reported. Several contests were decided by less than 20K votes, most notably the statewide presidential race that was decided by only 10,457.”

The late ballots received were “of sufficient quantity to change the result of the 2020 General Election in Arizona.” Verity Vote is a group of experienced independent investigators who volunteered to analyze election integrity issues, as noted on their website.

Voter registration rolls in many states are not well-maintained. An example was the removal of 206,000 names from Wisconsin’s database in August 2021. The big question is why this action wasn’t performed before the 2020 election since President Joe Biden’s victory margin in Wisconsin was just over 20,000 votes.

And the voter roll problems continue. A new report from the Public Interest Legal Foundation illuminated problems with voter registration rolls in New Jersey. Here are the highlights:

Lastly, on June 6, there was this press release from the U.S. Attorney’s Office in the Eastern District of Pennsylvania: “Former U.S. Congressman Michael “Ozzie” Myers, 79, of Philadelphia, PA, pleaded guilty today to conspiracy to deprive voters of civil rights, bribery, obstruction of justice, falsification of voting records, and conspiring to illegally vote in a federal election for orchestrating schemes to fraudulently stuff the ballot boxes for specific Democratic candidates in the 2014, 2015, 2016, 2017, and 2018 Pennsylvania elections.”

Just an aberration or common practice—and “bad luck”? What are the chances a younger person took over the job in 2020?

Where there is smoke, there is (usually) fire, as the old idiom goes. These latest series of “smoke events” are convincing more people that there really was an “election fire” in November 2020, as Rasmussen polling noted. And it’s not just Americans who are drawing that conclusion.

As reported here, Nicolaus Fest, the chairman of Alternative for Germany (AFD), the biggest patriot party in Germany, and Marcel de Graaff, a member of the European Parliament for Forum for Democracy (FVD), have watched “2000 Mules” and were shocked by what they saw.

Fest made a very astute observation: “We don’t really see a strong reaction from the federal government in the United States, but still, this movie had a big exposure. Millions and millions of people have seen it.”