On Tuesday, as TFTP predicted, Ghislaine Maxwell was handed down a sentence that was 30 years less than prosecutors were asking. Thanks to U.S. District Judge Alison Nathan — who has been granting Maxwell special treatment throughout her prosecution — Maxwell could be out of prison in less than a decade with good behavior. 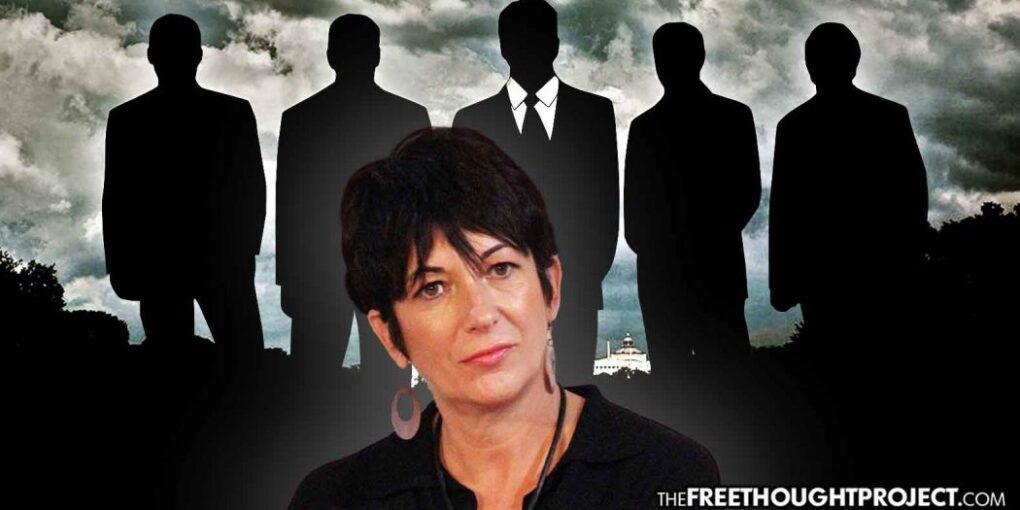 As we reported back in March of 2021, Maxwell’s privilege began to show through as her requests to redact evidence were allowed. Judge Nathan issued a ruling on redactions that Maxwell had asked for regarding transcripts the government filed under seal in February 2021.

According to the judge, the evidence was too “sensational and impure” to reveal to the public.

“Those portions of the transcript, which were redacted in the civil matter, concern privacy interests and their disclosure would merely serve to cater to a ‘craving for that which is sensational and impure,’” Nathan wrote in the order.

After granting Maxwell her request, in November, judge Nathan was nominated by President Joe Biden to the U.S. Court of Appeals for the Second Circuit. Coincidence?

The insultingly low sentence was given despite the horrific testimonies by Maxwell’s victims. Victims of Maxwell and Jeffrey Epstein; Annie Farmer, Virginia Giuffre, Elizabeth Stein, Sarah Ransome, Teresa Helm and “Kate,” who has used the pseudonym to identify herself, all filed victim impact statements and asked Nathan to consider their suffering when sentencing Maxwell. Although Nathan claimed to consider them, she still handed down a sentence that was less than adequate.

According to reports, Ransome said that the half of a year she spent treated as a “sex toy” by Maxwell and Epstein spurred her to attempt suicide twice. Graphic photos of her taken inside a hospital room after those attempts were included in the filing.

“Judge Nathan, I hope when you consider the appropriate prison sentence for the role Maxwell played in this sex trafficking operation, you take into account the ongoing suffering of the many women she abused and exploited as we will continue to live with the memories of the ways she harmed us,” she wrote.

“I hope you weigh the systemic effects of the crimes she perpetrated – the ways that our family members, romantic partners, and friends have been hurt through our suffering.”

“Kate” said Maxwell’s “final insult” was her lack of remorse after being found guilty. She said Maxwell was “a manipulative, cruel and merciless person” and could have stopped the abuse.

“You could have put an end to the rapes, the molestations, the sickening manipulations that you arranged, witnessed and even took part in,” Kate said in court.

Lawyers for the victims have since called on the FBI to continue their investigation into the other abusers Maxwell and Epstein provided with sex trafficked children. They specifically named the Queen of England’s son, Prince Andrew.

“Let’s hope they’re the next target. If we have anything to do with it, they will be,” Attorney Brad Edwards, who represented Epstein victim Virginia Roberts Giuffre in her now-settled out-of-court sex abuse civil lawsuit against the Duke of York was cited as saying.

These comments were echoed by another lawyer, Spencer Kuvin, who represents several of Epstein and Maxwell’s other victims.

“Obviously, Andrew is one of the targets they will be looking into. He should definitely be concerned, but.. if he did nothing wrong, then come forward and tell the full story to the FBI, not the media,” he said outside New York’s federal court, where Ghislaine Maxwell was sentenced to 20 years in prison on Tuesday.

“We call upon the FBI to fully investigate Prince Andrew. Virginia Giuffre’s civil case should be just the beginning. Everyone associated with Epstein and Maxwell should be carefully investigated,” added Los Angeles lawyer Lisa Bloom, who is representing several other alleged victims of the deceased tycoon Epstein.

Bloom had been quoted as telling the Daily Mail that Prince Andrew “should be quaking in his boots.”

US investigators subsequently applied to the British government to hand over the Duke of York to give evidence through a “Mutual Legal Assistance” (MLA) request to the Home Office, bypassing Buckingham Palace.

If such a request received approval, the FBI could ask for the royal to be compelled to go to a British court to give evidence under oath as a witness.

Given the lack of interest by prosecutors going after Maxwell’s clients, however, it is highly unlikely that the prince will ever see his day in court.