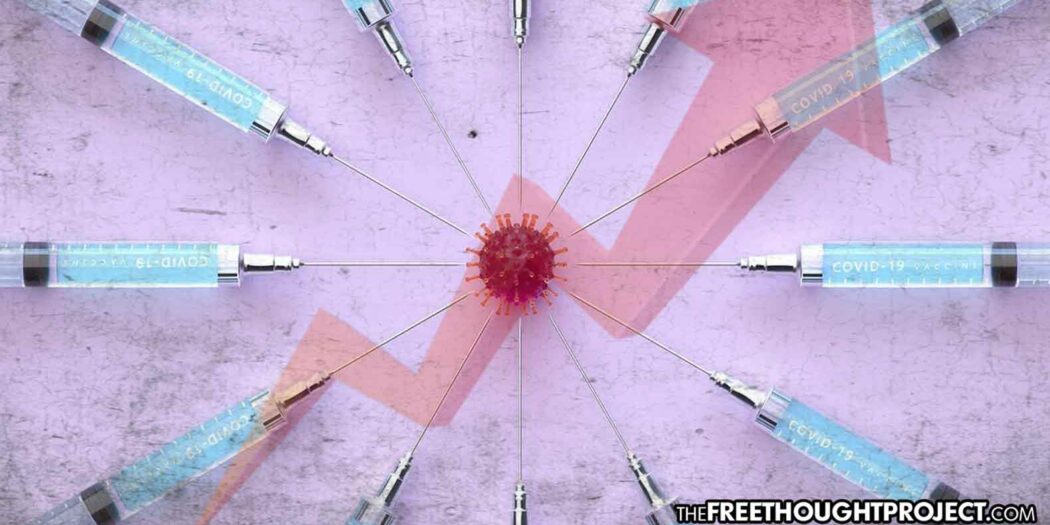 The US government spent well over $130 for every man, woman, and child in America to push the COVID-19 vaccines and yet over one-third of the country still refuses to get fully jabbed while nearly 70 percent refuse to take the booster. Why is that?

Periodically, the Centers for Disease Control and Prevention (CDC) releases the new information on reports submitted to the Vaccine Adverse Event Reporting System (VAERS). The number of reports are at historical levels and more deaths and adverse events have been reported than ever before.

Before going any further, as not to set off the “fact checkers,” it is important to point out that just because data is submitted to the CDC through VAERS, this does not in anyway mean that these reactions are related to the COVID-19 vaccine.

According to the CDC:

One of the main limitations of VAERS data is that it cannot determine if the vaccine caused the reported adverse event. This limitation has caused confusion in the publicly available data from VAERS WONDER, specifically regarding the number of reported deaths. There have been instances where people have misinterpreted reports of deaths following vaccination as deaths caused by the vaccines; that is not accurate. VAERS accepts all reports of adverse health events following vaccinations without judging whether the vaccine caused the adverse health event. Some reports to VAERS represent true vaccine reactions and others are coincidental adverse health events and not related to vaccination.

However, also according to the CDC, “VAERS is a national early warning system to detect possible safety problems in U.S. licensed vaccines.” And, given the sheer volume of reports, alarm bells should be sounding everywhere. Yet the are not.

While the CDC assures us that their database is inaccurate, the volume of claims should be enough to raise some serious red flags.

While we are told by officials not to be concerned with this data, if we compare it to previous data, the recommendation to ignore it becomes utterly asinine. Prior to the Emergency Use Authorization of the COVID jabs in December of 2020, in the entire history of VAERS, there had only been 930,953 adverse events reported over the course of 32 years.

In just 19 months, however, there have been a over 1.5 million reports — a number that eclipses all previous reports — and all of them are for the covid vaccines.

Let that sink in… there have been 150% more reported adverse events for a single vaccine in the last 19 months than have ever been reported in the history of VAERS — for ALL vaccines.

It gets worse. Since the inception of VAERS in 1990, there have only been 5,039 deaths reported to the system from all vaccines prior to the approval of the COVID-19 vaccines. There have been nearly 600% more reported deaths for a single vaccine in the last 19 months than there have been for all vaccines in the history of the entire system.

The VAERS database normally receives anywhere between 30,000 and 50,000 reports annually, with roughly 8% to 13% classified as serious (e.g., associated with disability, hospitalization, life-threatening illness or death) according to the CDC VAERS Master Search Tool.

In 2021, VAERS received a more than 3,000 percent increase in adverse event reports, and yet we are told not to worry. Perhaps this is why Pfizer — according to recently released FDA documents from February 2021 — hired 600 employees to process adverse events.

According to the unredacted document released April 1:

“Pfizer has also taken a multiple actions [sic] to help alleviate the large increase of adverse event reports. This includes significant technology enhancements, and process and workflow solutions, as well as increasing the number of data entry and case processing colleagues.

“More are joining each month with an expected total of more than 1,800 additional resources by the end of June 2021.”

Luckily, the increase in reported deaths and injuries is waning as more people wake up to this data. As Alex Berenson recently stated:

The failure of the mRNA shots, after the hype that surrounded them when they were introduced in 2020, is deeply disappointing.

The development of new medicines cannot be rushed, as much as we might hope they might. Regulators and ethical scientists must insist on properly designed and run clinical trials before approving any new drug or vaccine.

But the failure of the vaccines is actually less corrosive at this point than the grim refusal by public health authorities, politicians, and the media to admit that failure.

Practically everyone knows the truth. How can I be so sure? In the most basic way. No one gets mRNA shots anymore – not for themselves, and not for their kids. More than a month after regulators broke every guideline they have to approve the shots for children under 5, more than 97 percent of kids that age remain unjabbed.

This is great news for the future.