Prepare For Change
Home Discernment The Earliest Days of the Italian Pandemic, or: Why Nobody Wants To... 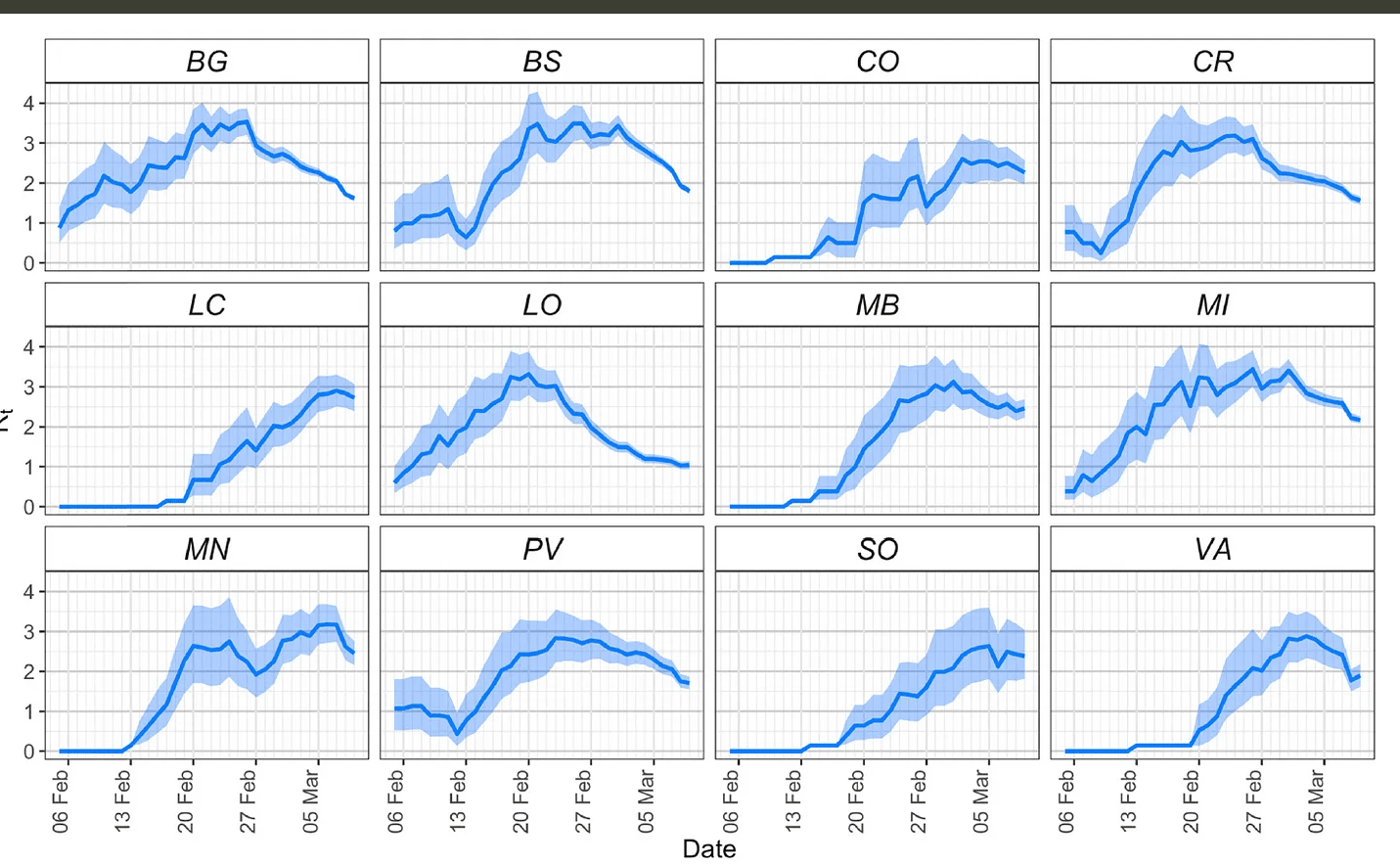 Some of you, after thirty months of nuclear-grade media propaganda, are inclined to doubt everything that appears in the press. While journalists certainly circulate their share of falsehoods, lies are not their preferred strategy and almost always originate outside major press organs, with the self-serving statements of regime officials. The problem with lying, is that it’s expensive and requires more coordination than widely distributed media operations command. Their preferred approach is rather one of emphasis. Regime-friendly reporters will scour the earth for every last story supporting government policies, and amplify these meagre items to the point of absurdity; at the same time, they’ll do everything possible to ignore or downplay information injurious to their preferred narratives, however significant it might be.

Now, it is generally all too apparent what the media have chosen to amplify. These are all the stories that you’re absolutely sick to death of and that never seem to go away. It’s a lot harder to work out all the things the press is currently burying, because absences are by their nature subtle things. Nevertheless, it is whatever the press is not saying, that is the most important of all.

It’s in this spirit that I draw your attention to how completely the earliest days of the pandemic have been memory-holed. Particularly the crucial months from January to March 2020 are almost never discussed, although this was the period of greatest dynamism and invention, when the vaccines were developed, mass testing inaugurated, longstanding pessimism about the efficacy of masking overturned, and novel, continent-wide house-arrests imposed upon hundreds of millions.

You can glean some hint of the reasons for this nearly universal decision to ignore recent history from papers like this one, on The early phase of the COVID-19 epidemic in Lombardy, Italy. Its authors delve into contact tracing data to find a total of 527 infections with symptom-onset dates preceding the celebrated 20 February 2020 diagnosis of Patient 1, Mattia Maestri, in Codogno. Maestri’s positive test was held to be the beginning of the Italian outbreak, and back then, there was much speculation in the press about the identity of the mysterious Patient 0 from whom he had contracted SARS-2. And yet, as German and Italian public health officials traded accusations about where the first infections had really originated, contact tracers in Italy knew for a fact that Maestri was very far indeed from the origins of the European pandemic – closer to Patient 100,000 than to Patient 1.

While there was still relatively little testing in those early days, the authors of our paper find evidence that, as of 20 February, “SARS-CoV-2 was already circulating in at least 222 out of 1506 municipalities” in Lombardy, “with sustained transmission across all the Lombardy provinces.”

Still worse for Team Lockdown, the early pandemic, insofar as it admits of reconstruction, shows “A decreasing trend in the net reproduction number … following the detection of the first case” in February.

The authors of the paper include public health officials and scientists from Lombardy, and they try to put a happy face on this awkward revelation, writing that “early interventions” should receive credit for the “more marked” decline in the effective reproduction number in Lodi (LO), Bergamo (BG) and Cremona (CR) from later February, and that specifically “the set-up of a quarantine area around the initial epicenter of the outbreak in the province of Lodi played a crucial role in controlling the infection locally.” Yet, as even their supplementary table shows, there were no quarantines anywhere in Lodi until 24 February, maybe five days after the estimated R(t) peak there. The tepid early measures in Bergamo and Cremona, meanwhile, weren’t imposed until 2 March, long after the observed growth in infections had entered its terminal decline in both regions.

Another point emerges from this data, too. Look at that chart of provincial R(t). Yes, R(t) is declining in the big hot-spots, but where is it still increasing after the end of February? In Como (CO), Lecco (LC), Mantova (MN), Sondrio (SO) and Varese (VA).

Now consider this heat map of infection incidence as of 9 March:

The earliest reported infection, discovered in a preserved nasopharyngeal sample of a 4 year-old boy, happened before 21 November 2019 – in Milan (MI). By November at the latest, we can be confident that the virus was circulating in Milan. By the time of this map, though, the hot spots all appear to be in a roughly equidistant ring around Milan. By the end of February, the only places the virus is still accelerating, is in the still further outlying regions – places like Como, Mantova and Sondrio. It looks for all the world like the virus had burned through Milan without anybody noticing at all, and when the Tomas Pueyos of the world descended upon us with their mass testing and their lockdowns, they were a few months too late. The hotspots they found were secondary infection sites at best.

By the time pandemicists started rooting through their bag of tricks, the virus had been circulating for months with nobody noticing. This is one of the most crucial and eagerly ignored facts of the whole pandemic. Those early patients were hospitalised at very high rates and – in accordance with Chinese advice – subjected to aggressive mechanical ventilation, which killed a great many of them. Maestri, Patient 1, was a 38 year-old recreational marathoner, and he probably would’ve had far less trouble with SARS-2, had he not made the grave mistake of testing positive. Alas, he almost died after spending weeks on a ventilator.

These are at least some of the reasons why our media and our public health officials are desperate to forget those early days. In March 2020, real infections were already in decline. The apparent surge in infection numbers was an illusion caused by the introduction of mass testing programs. Mass containment made everything worse.