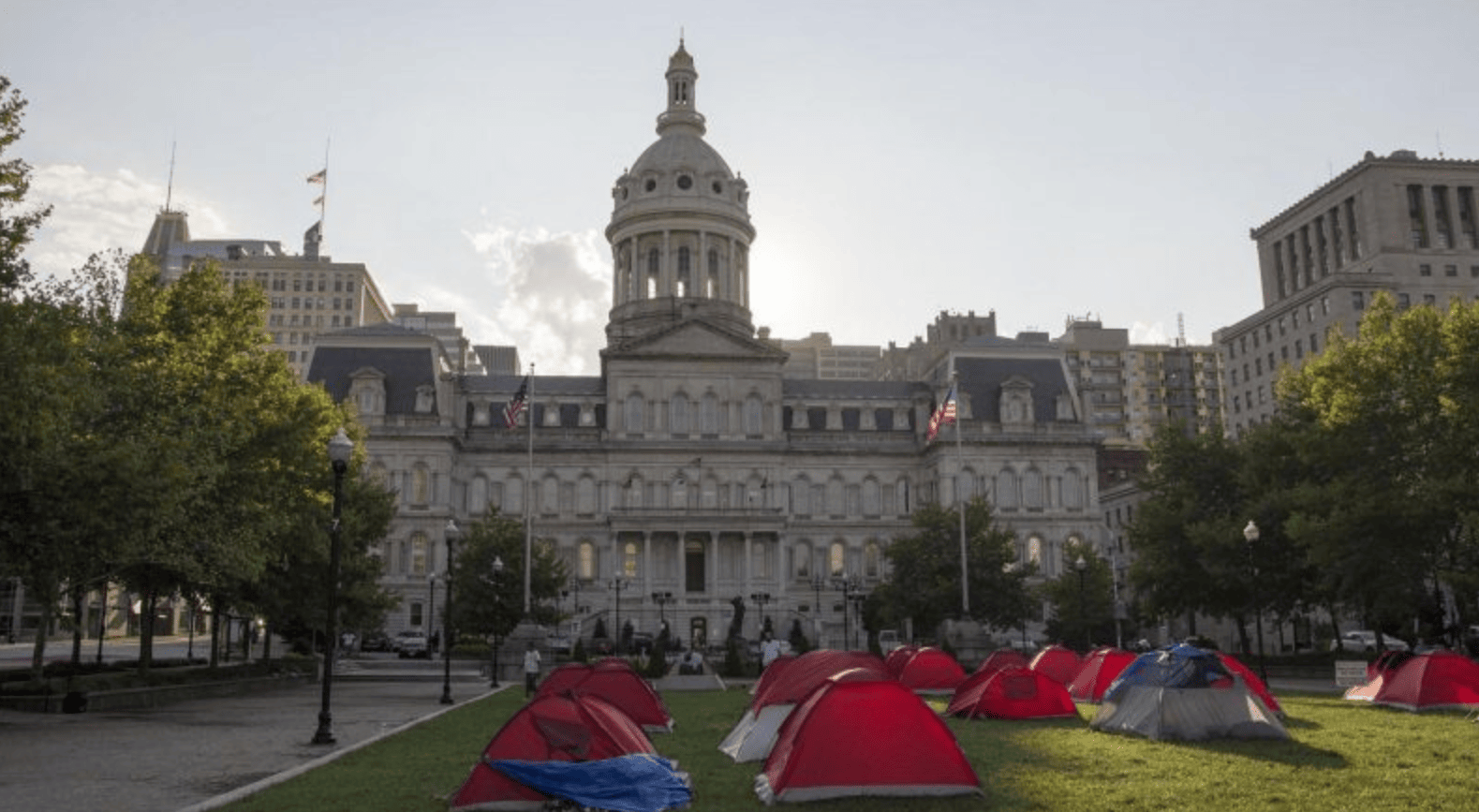 If brighter days are ahead for the U.S. economy, why are so many tent cities popping up all over the nation?  At this point things are so bad that even the New York Times is admitting that “America’s homelessness problem has the makings of an acute crisis”.  That article goes on to explain that our homeless population is steadily rising.  Tonight, hundreds of thousands of our fellow Americans will be sleeping in tents, under bridges, in overcrowded shelters or in their vehicles.  Of course there are many that are so addicted to drugs or alcohol that they just sleep wherever they end up passing out.  This is a tragedy that is growing with each passing day, and it is only going to get worse in the months ahead as the U.S. economy slows down even more.

Earlier today, I was truly stunned by a Fox News article about what is going on in Portland right now.  Tent cities are literally taking over entire neighborhoods, and many residents are “resorting to selling their homes” as a result…

Residents in a Portland, Oregon, neighborhood are resorting to selling their homes and moving due to homeless encampments right outside their front doors.

“It’s a little scary because I know there is mental illness and that concerns me,” North Portland resident Maria Inocencio told KGW8.

Residents of North Portland said at least three families on one street have left in recent days due to the homeless camps, and KGW8 reported seeing for-sale signs up and down streets.

Portland was once such a beautiful place, but now it has literally been transformed into a hellhole.

Needless to say, Portland is far from alone.  From Seattle all the way down to San Diego, communities all along the west coast are being plagued by relentlessly growing encampments.  In many cases, such encampments are magnets for drug addicts and other societal outcasts.

But this is not just a West Coast problem.

Let me give you are couple of examples.  In recent weeks, tent cities have been popping up all over Pittsburgh…

Homeless camps are popping up all over the Northside.

You’ll see them on the Riverfront Trail to Millvale.

Another makeshift tent city popped up underneath the Andy Warhol Bridge.

And in Fayetteville, North Carolina one burgeoning homeless camp recently made news because it features quite a few registered sex offenders…

There are 843 registered sex offenders living in Cumberland County. For dozens in Fayetteville, their home is a tent alongside the road.

Deputies in the Sheriff’s Office Sex Offender Registration Enforcement Unit (SOREU) learned the group of offenders are homeless and stay in a tent community along where the busy Martin Luther King Jr. Freeway (Highway 87) goes over Gillespie Street. Some live under the overpass while others live in a nearby field beside Gillespie Street.

From coast to coast, this is becoming an enormous issue.

And the truth is that it is only going to intensify as the months roll along.

In 2008 and 2009, millions of Americans lost their jobs as the economy plunged into a major downturn.

Once those people lost their jobs, many of them could no longer afford their homes and soon found themselves on the streets.

I wish that we would never have to see anything like that again.  It was truly a very dark chapter in our history, and countless people had their lives turned completely upside down.

Unfortunately, it is starting to happen again.

As I detailed earlier this month, large companies are starting to lay off workers in substantial numbers.

This even includes Facebook.  This week, we learned that Facebook recently used a very unique method to lay off one group of workers…

A group of about 60 contractors who work with Facebook learned they were laid off this week after they were chosen ‘at random’ by an algorithm.

The layoffs are the latest example of Big Tech reining in spending and hiring, as just days ago Apple let go of about 100 recruiters.

Meta CEO Mark Zuckerberg has also recently said he will weed out underperforming employees with ‘aggressive performance reviews’ as the company braces for a deep economic turndown.

I suppose that is one way to avoid personal responsibility for firing someone.

“Don’t blame me – it was the algorithm”.

If a big corporation that is swimming in cash like Facebook already feels forced to “thin the herd”, I think that is a very bad sign for the employment market as a whole.

In the months ahead, I think that there will be a lot more layoffs all over the country.

And this comes at a time when the housing market is starting to collapse.

Existing home sales in the United States have now fallen for six months in a row, and the numbers for the month of July were downright depressing…

Sales of previously owned homes fell nearly 6% in July compared with June, according to a monthly report from the National Association of Realtors.

The sales count declined to a seasonally adjusted annualized rate of 4.81 million units, the group added. It is the slowest sales pace since November 2015, with the exception of a brief plunge at the beginning of the Covid pandemic.

Sales dropped about 20% from the same month a year ago.

I anticipated that home sales would be lower than last July, but a 20 percent drop is pretty catastrophic.

And as the Federal Reserve continues to raise interest rates, it is probably inevitable that the numbers will get even worse.

The stage is being set for a historic economic meltdown, and I would encourage you to do what you can to get prepared for it.

What is coming will likely be even worse.

And as the economy deteriorates, tent cities will continue to take over more neighborhoods all over America.

But don’t look down on those who are living in tents.

With a run of bad luck, you could be one of them too.