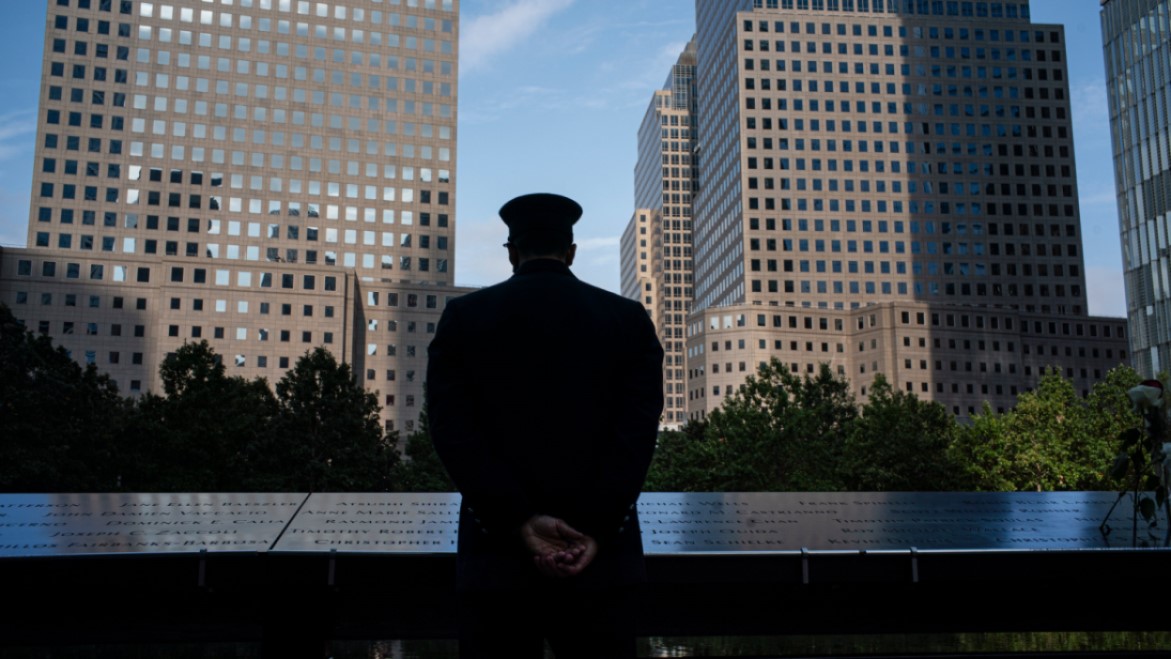 Linda Forsyth of CVine is the only citizen journalist with permission to cover the pretrials of GITMO.   The New York Times and Carol Rosenberg also publish information but not everything is being included and much is manipulated for a specific agenda.  What’s with all The Secrecy Behind Military Tribunals at GITMO?

With the 21st anniversary of 9/11 just days away there is interest in what, if anything, is happening with the GITMO trials.  Listening to Linda’s latest interview lead to the realization that of the events of the past few years may have been orchestrated to further delay the trials.  This includes a string of judges backing out of the procedings for personal reasons such as bias with family members involved in 9/11, health issues, and the latest resigned in fear over the wellbeing of her family should she continue.  Hurricanes and Covid lockdowns also played rolls in delaying the progress of the trials.

Consider what else was happening in 2001: 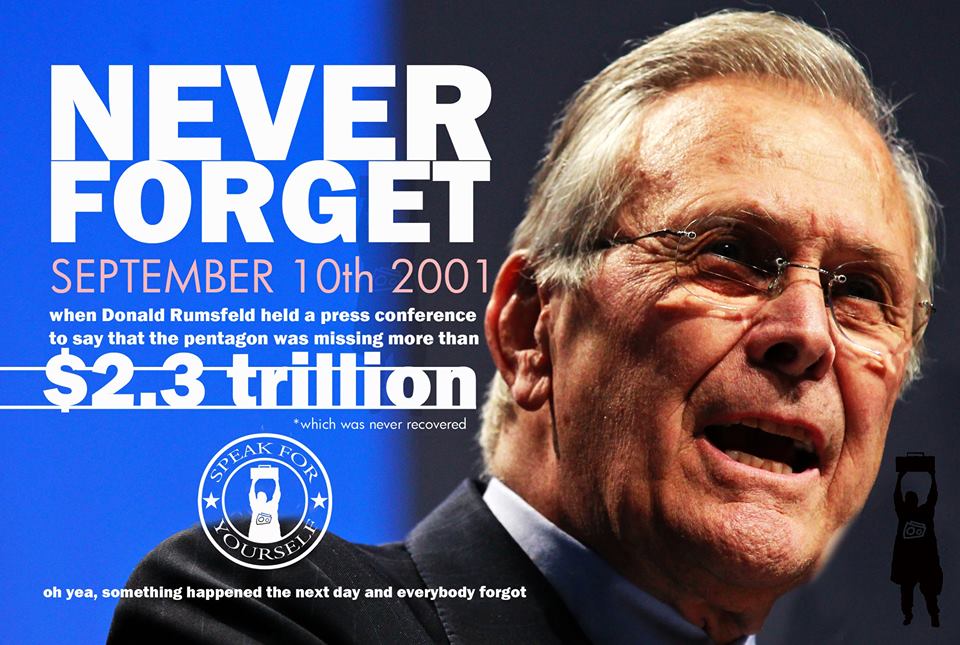 Donald Rumsfeld revealed that the Pentagon could not account for $2.3 Trillion Dollars

When Building 7 fell with so little damage other than an office fire, my suspicions were aroused. What was kept there? Built in 1985, it was formerly the headquarters of the junk-bond firm Drexel Burnham Lambert, which contributed to the Savings and Loans collapse, prompting the $500-billion taxpayer-underwritten bailout of the latter 1980s. At the time of its destruction, it exclusively housed government agencies and financial institutions. It contained offices of the IRS, Secret Service, and SEC.

It was also then-Mayor Giuliani’s Office of Emergency Management, and its emergency command center on the 23rd floor. This floor received 15 million dollars worth of renovations, including independent and secure air and water supplies, and bullet and bomb resistant windows designed to withstand 200 MPH winds. The 1993 bombing must have been part of the rationale for the command center, which overlooked the Twin Towers, a prime terrorist target.

How curious that on the day of the attack, Guiliani and his entourage set up shop in a different headquarters, abandoning the special bunker designed precisely for such an event.

What about the insurance policy on the world Trace Center buildings purchased 2 months before 9/11? Another interesting story from 9/11: Kurt Sonnenfeld was working for the US Federal Emergency Management Agency, an organisation tied to the US Department of Homeland Security, when the terrorist attack on the World Trade Center took place.

After the planes crashed into the building, Kurt was given unrestricted access to ground zero – the site where the buildings once stood. He was asked to film everything he saw.

His documented evidence was supposed to form part of a report about what happened – but he never handed back the footage. Of particular interest was what he found beneath World Trade Center 6. He says inside the building he came across a vault that had been cleared of its contents before the planes struck.

In a documentary filmed in Argentina, Kurt said the discovery is proof that America knew the attacks were coming, at the very least.  It is given weight by a similar discovery on a basement door below World Trade Center 4.  According to a New York Times article, the door to a vault was still intact but it appeared as if somebody had tried to gain entry.  Behind the vault door were nearly a thousand tonnes of silver and gold.

It gets more intriguing.  His wife was found shot in the head and died later that day.  Kurt was accused of her murder, then found innocent (four times!). Read the full article Twin Towers cameraman claims he’s got proof the George W Bush administration was behind terror attacks. 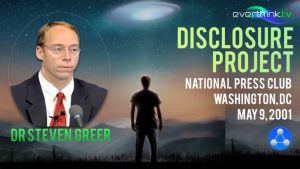 The Disclosure Project of May 2001 was spearheaded by Dr. Steven Greer at the National Press Conference in Washington DC.  In the conference, military and other witnesses came forward about the presence of ET and UFOs and the black ops programs involved.  It received very little attention from mainstream media.  Greer surmised that this is where the missing trillions went.  The secret projects were never revealed to the public.  There is no transparency, nor can information be obtained via the Freedom of Information Act as government contractors are exempt and even shielded under privacy protections for their patents.

In this article, then Chairman of the Senate Foreign Relations Committee, Joe Biden predicted 9/11 on the 10th of September, 2001. 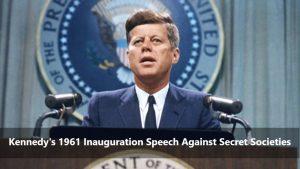 In my opinions, this all goes back to two factions in government.  One who wants disclosure, i.e., JFK who was assassinated over his views and those on the side of people like Lyndon B Johnson.  Johnson was sworn in as president just two hours after the announcement of JFK’s assassination while on Air Force One in Dallas.  Kennedy wanted transparency and the dismantling of secret organizations and to work with Russia in Space. (Click on the above image listen to his speech).

In 1962, LBJ declared he wanted dominance in space via a satellite program and control of the weather (“He who controls the weather controls the world”).  His consituents worked hard to blame Russia for JFK’s assassination.  The FBI and CIA still assist in demonizing Russia such as we saw before and during Trump’s presidency.

There are those who want peace and cooperation and those who want war…. War is very profitable and that’s exactly what happened following the events of 9/11. 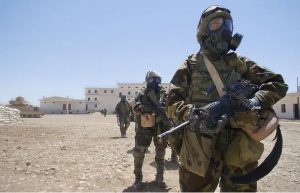 One year after 9/11, on September 8, 2002, President Bush sent troops to Iraq to find weapons of mass destruction (WMDs). The conflict lasted until 2011 and claimed the lives of more than 4,400 U.S. troops.  Later Bush would joke about the missing WMDs.

Carol Rosenberg is a senior journalist at The New York Times.  She has experience and long history as a military-affairs reporter at the Miami Herald.  From January 2002 into 2019 she reported on the operation of the United States’ Guantanamo Bay detention camps, at its naval base in Cuba. In this article she talks about some of the many reasons for the delays.

In a previous video, Linda Forsyth talks about a plea deal that will make the 9/11 trials go away.  She talks about the many diversions and postponements of the last 20 years, and had been hopeful that in January of 2022, the trials would finally begin.  But, they were again cancelled and rescheduled to February, then cancelled and moved to March. I have seen no updates as of this writing.

It seems there is ample evidence to hold trials or at least inquiries on a much larger scale that includes government officials. Are the delays to allow the participants time to die quietly of old age?  GW Bush “passed away” Nov. 30, 2018.  During his funeral, envelopes were found inside the folders of the Obamas, Bidens, Clintons, Bush Jr., Mike Pence and Jimmy Carter.  The notes were signed by GW Bush and said, They know everything. I’m sorry. 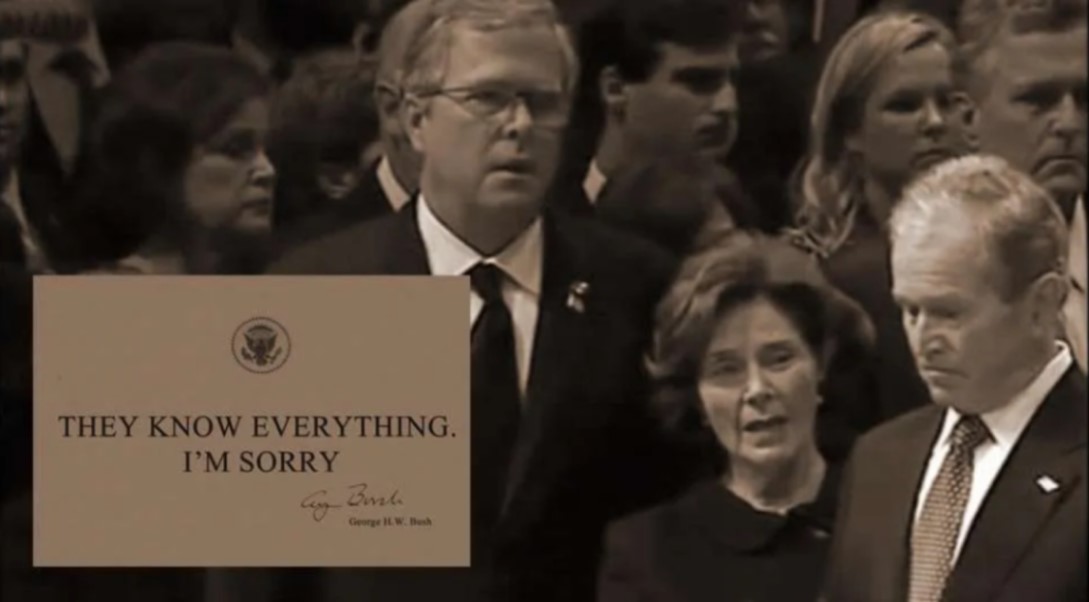 Will we ever find out the full details of what happened and the names of the parties involved?  Will trials be delayed further and lost to history?

Or, were trials conducted in secrecy that have been largely kept away from public attention?

I cannot verify the accuracy or validity of the information provided by Rose Rambles, but it gives me hope.  On June 8, 2022,  an article was posted with video titled, GITMO: Where They Go One, They Go All To Tribunal ~ June 8, 2022

In the article the deal they got was explained.  If they gave information that was useful, they could have a better death or a life sentance in jail.  As I understand it, cooperation means saving face and not loosing their reputation (be that as it may). The article has links to a list of Indictments, Arrests and Executions that have allegedly taken place.

On June 20th, Rose Rambles posted an updated, larger list of names.   If true, perhaps justice is, or has been, served.  If revenge is a dish best served cold, then perhaps so is Justice as it may be pretty hot where some of these folks are going (and I don’t mean Cuba)!

This was the crime of the century.  After 21 years of kicking the can down the road, American citizens deserve answers lest we lose any more faith in our government and the Justice System. 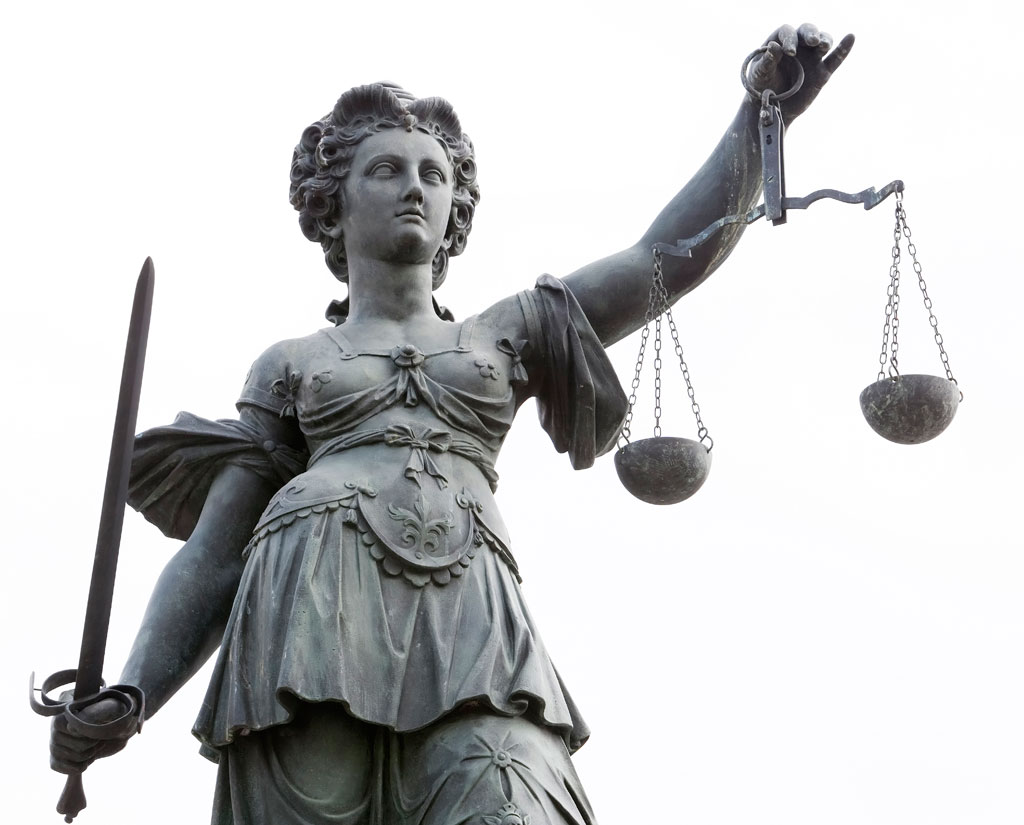