Prepare For Change
Home Awakening Truth, Lies and CGI’s – Can we tell the difference?

Truth, Lies and CGI’s – Can We Tell the Difference?

We just lost QE2 and some of what was happening during her long reign is not discussed in Mainstream media.  They do talk about how wonderful she was.  They don’t talk about now King Charles, and his relationship to the Rothschilds, Jimmy Savel and Epstein or about his affair while married to Diane.

Media can make or break a person and so can social media.  During Elon Musk’s attempted purchase of Twitter,  it was discovered that a huge portion of the accounts on social media were created in the last 2 years, and half are fake!  The accounts and the content are driven by AI generated bots used to fulfil algorithms.  These algorithms can falsely increase or decrease popularity of an individual or group and skew data to drive viewer numbers up or down.  Social media is considered one of the causes of teen depression and suicide, and AI may have much to do with the cyber bullying. 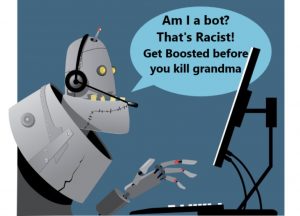 According to Jean Nolan of Inspired, Bots accounted for 64% of internet traffic in 2021.  More than half of the likes, dislikes and comments were fake which explains why there was so much controversy and division on the topics of the day.

The Prepare For Change Media Team discovered this for themselves while running the Weekend Awakenings talk show on current events.  This included a lot of information on Covid and election fraud.  Our YouTube video following, which had been quite high, appeared to suddenly drop in popularity, and then the channel was banned!  Thankfully, our IT department could see that our live stream shows had a very large following despite what was shown in the number of views and likes.  It confirms that we were over the target!

As of 2022, there are  4.9 billion active internet viewers.  93% of Americans use the internet out of 361 million in the world.  A whopping 4.6 billion new internet users have been added in the past 2 years.  According to Barracuda networks, bots account for 64% of the internet traffic.

Opinions (google funded fact checkers) and comments were and may still be created by these bots as was evident during the height of the Covid pandemic, lockdowns, and protests.   Every attempt was made to discredit the doctors, nurses, frontline workers, and alternative treatments that could have reduced suffering and saved lives.

Trump was vilified with memes and nasty comments for mentioning Hydroxychloroquine and ivermectin and chastised for talking about chlorine dioxide (MMS) claiming that he was trying to get people to drink bleach.  At the same time, advertisements, and fact checker comments were on every channel that spoke against vaccines, or about boosting your immunity naturally and casting doubt on preventative protocols and home treatments. Anyone speaking against the vax agenda experienced cyber bullying which was added to by friends and family who were not yet awake to the dangers.  If information on the adverse effects, dissabilty, and the deaths of so many individuals had been made public instead of suppressed, the charade would have ended much sooner. But that wasn’t the agenda. 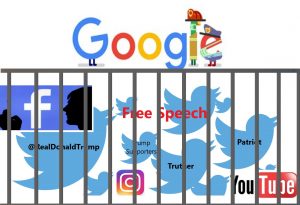 Jordan Sather of Destroying the Illusion went through the same in 2017 and 2018  when speaking of his support of Trump and about alternative health products (which he sells).  His account was defunded and blocked for weeks on multiple occasions.   In Pursuit of Truth with Sir Patrick Mack  is another favorite that was forced off his platform and defunded for exposing fraud and crimes against humanity.  He’s an excellent researcher with a wonderful sense of humor.

Many of the truthers and patriots I followed disappeared from Twitter, Facebook, and YouTube. This increased exponentially during the Covid lockdowns and most of the best truther sites lost their Google associated channels and ended up moving to alternative media sites like Gab, Rumble, Bitchute and Telegram.  The censoring forced us to really look hard at what was driving the agenda and to learn to research for ourselves.

More than 50 million, or 15% of social media accounts, are fake and driving false narratives.  The far left neocon liberals who are built up in social media may not be as popular as believed if more than half the news is driven by AI.  Q posts had stated we are watching a show.  “The show” likely includes the use of AI generated people (CGI) and voice cloning software.

In 2017 and about the same time as the Mandalay Bay shooting incident in Las Vegas, I began seeing videos of software that can generate extremely lifelike images of people that don’t exist. NVIDIA’s Face Generator AI in the beginning had flaws that could be spotted by the observant but has been smoothed out to stop glitches in textures of hair, skin, beards, fur, and backgrounds, etc. The AI system is learning to do a better and more realistic job.

How can the public know if what they are watching, and hearing is real, and could such technology be used to report false flag events, frame an individual or harm their reputation?   We go to the movies to escape reality knowing full well that what we see looks real. We know it’s acting, make up, and technology used to create the illusion.  We understand that it’s a show we pay to watch.

Back to Mandaly Bay… When people called in to check on the shooting victims in Las Vegas hospitals, the staff was surprised as they had none and told the callers that they were confused by the drill.  Those reports were suppressed.  On the previous day, an emergency drill had indeed been conducted to practice what to do in the event of a shooting at public event (there was even a casting call).  What most probably saw in the news and leaked through social media were the crisis actors, and the memorial photographs were very likely computer-generated images like the ones below.  They looked CGI to me and the software’s ability to morph from one photo to the next was utilized during the televised Country Music Awards that year to generate sympathy. October 1st marks the 5 year anniversary of that event which you can read about here.

We sometimes talk about mind control programs, adrenochrome, and how celebrities appear to have an inside track to youth, wealth, beauty, and fame, as if they sold their soul to the devil.  Maybe some did!  But what if the people we are watching are not even real?  Is it possible to fool an entire nation or the world? 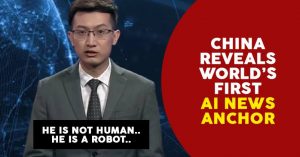 On June 23 of 2022, NEWSWARS posted China Reveals AI News Anchor, Almost Indistinguishable From Real Human. This is some creepy next level stuff.

I discovered an article that shows the software that generates CGI people was created by a Google designer in 2014!  GAN 2.0: NVIDIA’s Hyper realistic Face Generator  but it had been around and experimented with before that time by individuals.

Here is an article from 2013 where a CGI artists brags about his Amazingly Realistic CGI People. 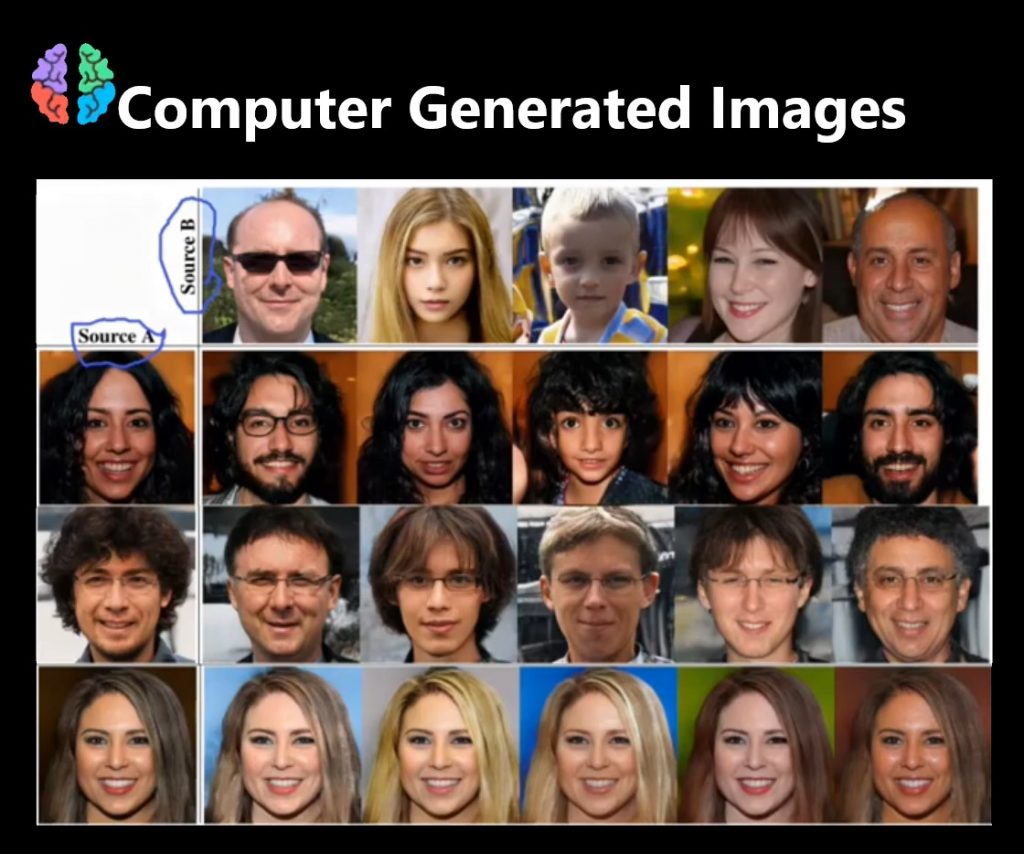 It’s getting harder to spot a Deep Fake Video as is demonstrated in this YouTube clip.

In addition to fake people, it’s now possible to fake the voice of an actor, any individual and I’m sure you can guess where I’m going with this.  I pulled the following from YouTube, New Method to Voice Clone Anyone Using Real-Time AI Coding (Works with Celebrities).

“Using AI Technology, we can now #VoiceClone anyone.  The algorithm can accurately identify the tracers within voices and allow the software to get an understanding of the voice” [and generate a realistic version of the person they wish to emulate].

“it only takes 3.7 seconds of audio to clone your voice”, according to the Chinese tech company Baidu. It’s both thrilling and frightening at the same time”.

I couldn’t end this article without mentioning the Castle Rock Media event staring Joe Biden, with some interesting reveals, in case you missed it being distracted by Covid, lockdowns and wondering if you would have a job.

You can book a tour a get your photo taken on the White House set in Little Rock AR. https://www.onlyinyourstate.com/arkansas/visit-replica-of-oval-office-in-ar/

If you watched Independence Day, you saw the set at Castle rock, Arkansas, which has been apparently used by “acting  president” Joe Biden. 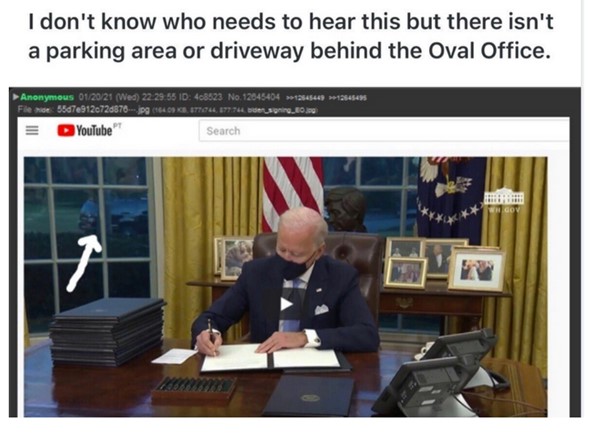 Biden becomes first computer-generated AI to receive Democratic nomination – Although this article was produced by Genesius Times, who call themselves “the most reliable source of fake news on the planet” it was worth the laugh but also worth pause for thought.

This technology is constantly used in the making of movies and TV shows.  China has fake news casters.   Is it possible we’ve been watching a show or movie with a very long plot?  No of course not, right?   I mean….. 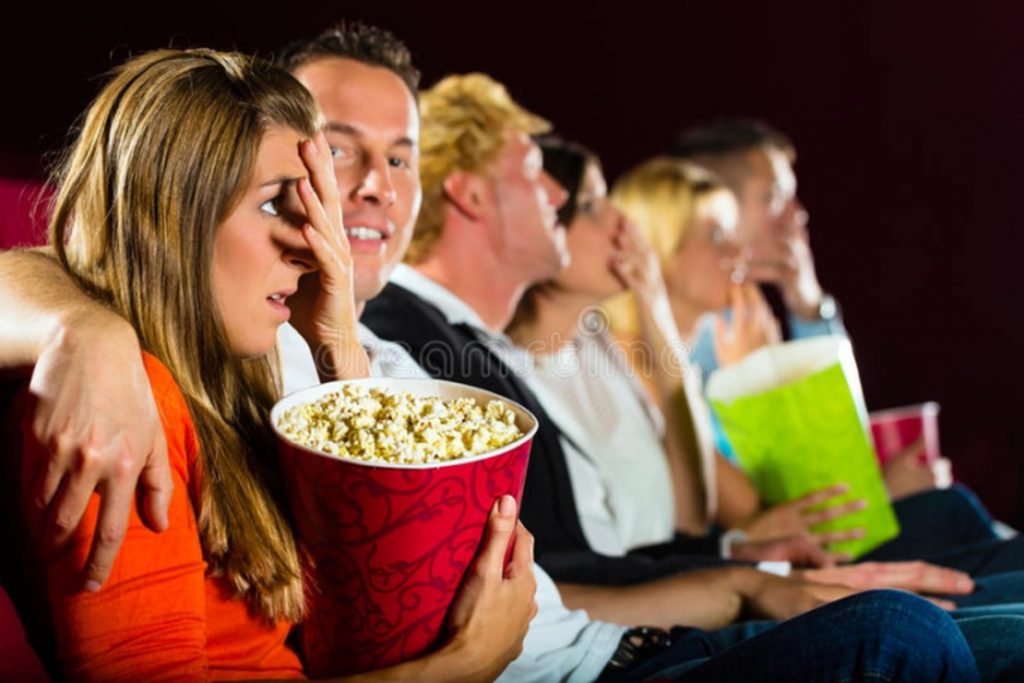 The evil laugh is the voice of actor Vincent Price and was clipped from the end of Michael Jackson’s Thriller.

The Internet is NOT what You Think It Is!

Social media, internet use and suicide attempts in adolescents

LAS VEGAS SACRIFICE: The Incredible Back Story Designed To Cover Up The Shocking Truth

Artificial Intelligence Technology Can Now Clone Your Voice in Seconds