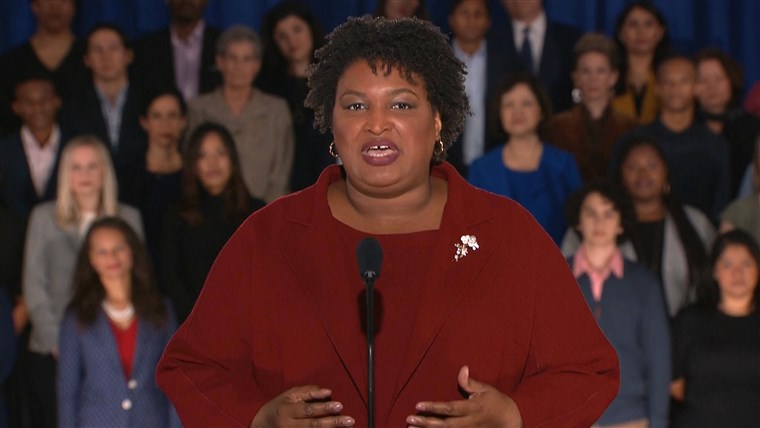 The Post Millennial reports Abrams made the bizarre and factually incorrect claim in a video exposed Wednesday by the Republican National Committee. The video shows Abrams, a pro-abortion Democrat, on stage at a public event with other speakers.

“There is no such thing as a heartbeat at six weeks,” Abrams said in the video. “It is a manufactured sound designed to convince people that men have the right to take control of a woman’s body.”

A favorite of the left, Abrams is running against pro-life Republican Gov. Brian Kemp this fall. If elected, the Democrat candidate said one of her top priorities will be to repeal the state heartbeat law, which bans abortions once an unborn baby’s heartbeat is detectable.

Georgia Democrat Stacey Abrams: "There is no such thing as a heartbeat at six weeks. It is a manufactured sound designed to convince people that men have the right to take control of a woman's body."

Responding to the video Wednesday, Stephen Miller, a contributing editor at The Spectator, criticized Abrams for pushing such a ridiculous conspiracy theory. He said the notion that a “cabal of men” designed ultrasound machines on purpose to trick women into keeping their unwanted babies is “beyond QAnon s—.”

The science is well established that the heart is the first organ to develop in a human being, and an unborn baby’s heart begins to beat within the first few weeks after conception.

Secular Pro-Life recently compiled a list of quotes from textbooks, scientific journals and other expert sources that confirm an unborn baby’s heart begins to beat as early as 22 days gestation.

For example, a pregnancy outline on the Mayo Clinic website states “the heart and other organs also are starting to form and the heart begins to beat” at about four weeks after conception.

And a study several years ago by the University of Oxford and the British Heart Foundation suggests that the human heart may begin beating as early as 16 days after conception.

“The heart is the first organ to form during pregnancy and is critical in providing oxygen and nutrients to the developing embryo,” the university researchers wrote.

Pro-life heartbeat laws that ban abortions once an unborn baby’s heartbeat is detectable save thousands of babies’ lives.

In 2020, 31,248 unborn babies were aborted in Georgia, according to state health department data. More than 60 percent were aborted after six weeks of pregnancy, meaning its new heartbeat law is saving tens of thousands of babies’ lives every year.

Abrams’ position on abortion is extreme and repugnant to most Americans. She believes it should be legal to kill a viable, late-term unborn baby in an abortion up to birth.