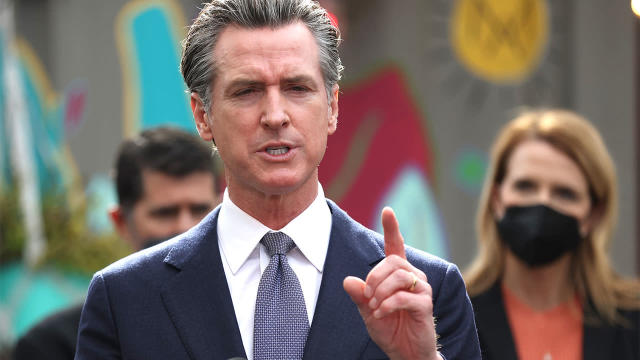 Democratic Gov. Gavin Newsom has signed more than a dozen laws aiming to make California an abortion sanctuary state. Several of the new laws deliberately clash with restrictions in other states. https://t.co/IGD3P1D5Li

California Governor Gavin Newsom signed on September 22 a bill preventing parents from knowing if their kids had abortions and received transgender treatment.

The Christian Headlines reported that the new law, AB 1184, was criticized for it forces insurance companies to conceal from parents all information on the medical services children receive especially those involving abortion, cross-sex hormones, and puberty blockers.

While Fox News said Newsom signed another law alongside AB 1184 that criminalizes the filming of people for intimidation purposes within 100 feet of an abortion clinic. Both laws, which Fox News referred to as “privacy laws for abortion patients,” were meant to seal California as a “reproductive state.”

“Because patients and reproductive healthcare providers should not be threatened or harassed,” Newsom said in Twitter pertaining to the said laws’ signing.

Here’s what these egregious laws do:

As per the law’s text, “sensitive services” refer to “mental or behavioral health, sexual and reproductive health, sexually transmitted infections, substance use disorder, gender-affirming care, and intimate partner violence.” While “gender affirming” pertain to services that include treatments for gender transition.

AB 1184’s text also states that the law will be in effect on July 1, 2022 and violation of it subjects entities to punitive damages of not more than $3,000 excluding attorney’s fees and litigation costs.

Newsom explained in Twitter that the said laws came into effect to contradict the Texas Heartbeat Act. He claimed that unlike in Texas where women are stripped off their “rights,” California “defends” them.

@GovHolcomb the people of Indiana will be seeing these as they drive to work today. pic.twitter.com/0uLZSSw3mo

“While Texas and other GOP states continue to strip women of their fundamental reproductive rights, CA is working to defend and expand access to reproductive healthcare. We are a reproductive freedom state–and proud of it,” Newsom announced.

California Family Council President Jonathan Keller condemns the law for it undermines the rights of parents who have the responsibility on the health of their children. Keller said the law prevents parents from protecting their own children.

“How can moms and dads protect their children if insurance companies deliberately keep them in the dark? Parents are responsible for the health and safety of their sons and daughters,” Keller said.

“Even the best-intentioned medical providers cannot replace the role of mothers and fathers. California should not force doctors to hide the truth about irreversible medical procedures like abortion and sterilizing hormone treatments,” he added.

Republican Senators similarly argued in a letter that parents have the right to such sensitive medical information pertaining to their children. The senators pointed out that laws should encourage parents to engage in the lives of their children and not otherwise.