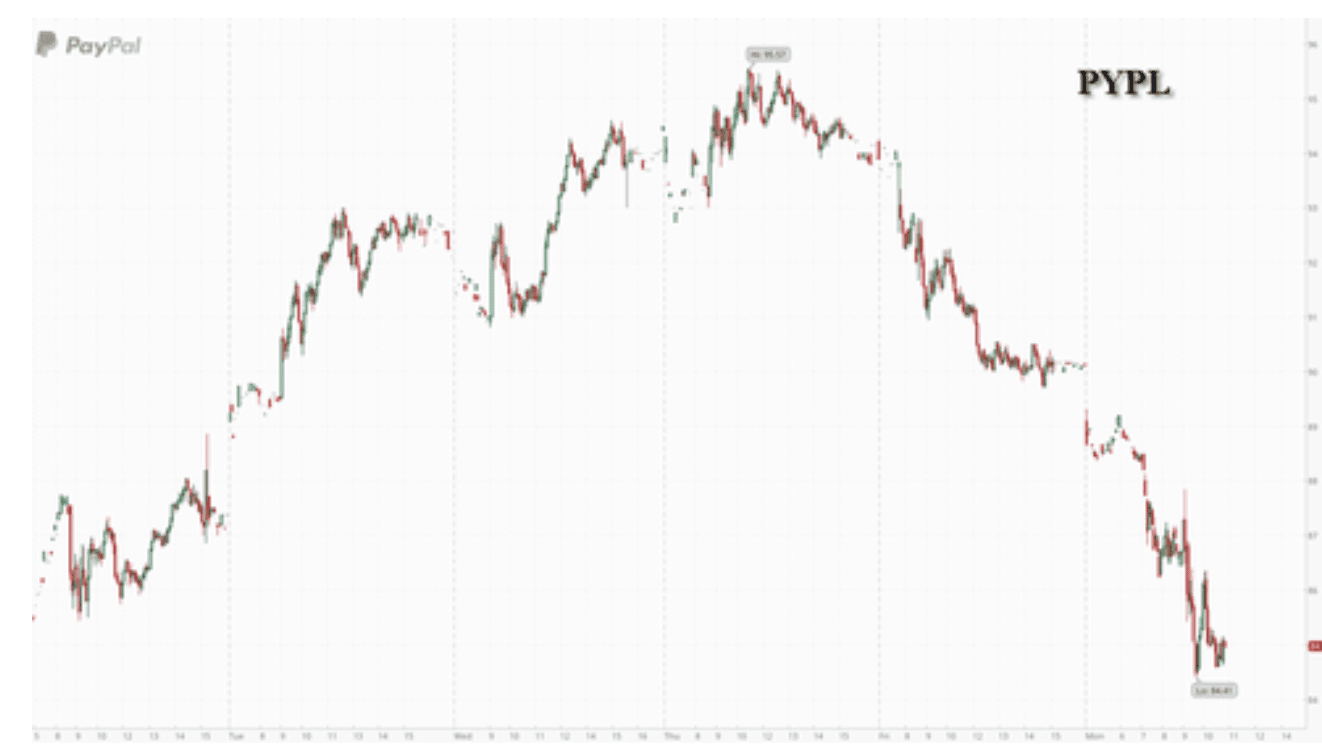 Shares in PayPal are off more than 6% (or around $5BN in market cap) in early Monday trading after a massive internet campaign to cancel accounts went viral in response to the company’s now-reversed policy that would fine users $2,500 if they were to allegedly promote “misinformation” or “hate.” 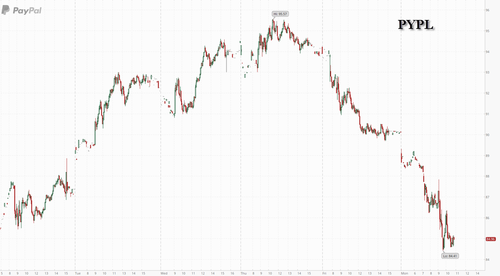 The company backpedaled on the line in their user agreement, which stated that for each violation, PayPal says users are subject to repercussions. Those include “liquated damages” of $2,500 per violation – with the money being taken directly from a person’s PayPal account.

Users were directed to PayPal’s user agreement, which states in part that PayPal can take a number of actions if users participate in restricted activities, such as holding their money in balance indefinitely. It also says that “you will be liable to PayPal for the amount of PayPal’s damages caused by your violation of the Acceptable Use Policy” at the amount of $2,500 per violation.

After outrage ensued, PayPal then insulted everyone’s intelligence – claiming the $2,500 penalty – which would have definitely gone through legal review – went out “in error” and “included incorrect information.”

“An AUP notice recently went out in error that included incorrect information. PayPal is not fining people for misinformation and this language was never intended to be inserted in our policy,” a PayPal spokesperson told The Epoch Times in an email.

“Our teams are working to correct our policy pages. We’re sorry for the confusion this has caused,” the spokesperson added.

In response, a flood of people canceled their PayPal accounts.