Prepare For Change
Home Conspiracy and Crimes Against Humanity Deborah Tavares: USA Inc. Depopulation and You. 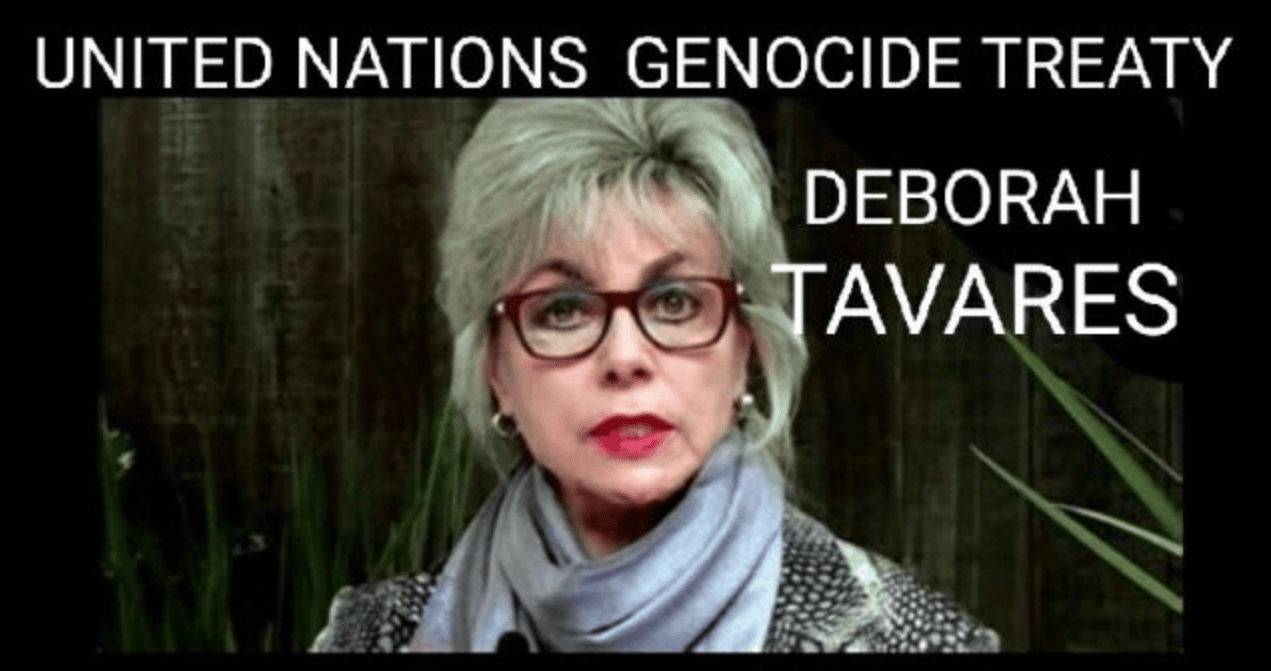 World Governments Have Declared War Against Their Own Citizens

THE TRUE PLAN OF THE UNITED NATIONS IS GLOBAL GENOCIDE

U.N. Agenda 2030 and The Great Reset Are the Systems World Governments Have Established to Oversee the Enslavement of Humanity and Allow the Complete Depopulation of their Own Citizens

But this War Against Humanity is a War of Attrition

They have slowly been killing us off through every means possible.

Toxins in our Food and Water
GMO Foods
Deadly Pharmaceuticals
Deadly Vaccines
Chemtrails
Weather Warfare
Directed Energy Weapons
EMF Wifi, 5G, Microwaves
And Now mRNA Nano-Bots, not only in our Food, Medications and  Supplements, but Sprayed as Aerosols and in mRNA GMO Fruits and Vegetables

EVERYTHING THAT CAN BE WEAPONIZED HAS BEEN WEAPONIZED

DEBORAH TAVARES: UNITED NATIONS / USA GLOBAL PACT FOR DEPOPULATION. WHY YOUR GOV. IS TRYING TO KILL YOU

Deborah Tavares: Genocide Treaty (Convention) Explains Why So Many Are Sick and Dying  Nov 2, 2018

The True Mission of the United Nations Has Nothing to do With Peacekeeping, Defending People or Nations. The UN was Created as a Tool of Globalist Hegemony, Weaponized Against Humanity to Subjugate the World Under a One World Government Dictatorship.

The United Nations, The World Economic Forum and even NATO knows they cannot Force This One World Government upon Humanity if they are United Against them.