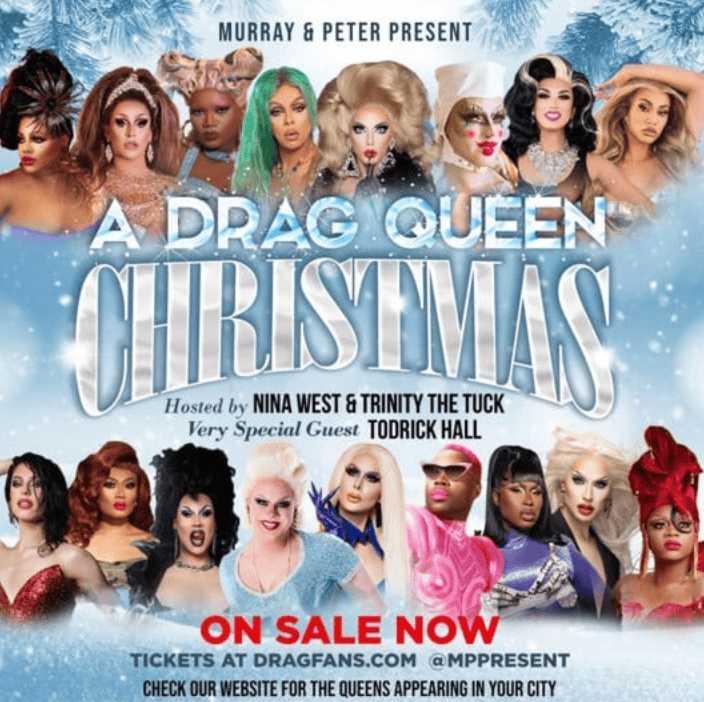 “A Drag Queen Christmas” hosted by famous “drag queen” Nina West is scheduled for Wednesday December 21st in Chesterfield MO. Originally this event was advertised as an ALL AGES drag queen event which would allow children to be present. That was until the people of Missouri pushed back and established the blueprint for defeating this obscene child endangerment

The venue hosting the event, “The Factory”, uploaded to their website an event description with the warning “PLEASE NOTE THERE WILL BE ADULT CONTENT AND LANGUAGE AT THIS EVENT.” Yet the age restriction for the event said “ALL AGES.”

Citizens in the Show Me state took action upon receiving news that this tour would be coming to town and successfully pressured the venue to change the event to 18+ only. First, news of the event was spread throughout grassroots groups of concerned parents, patriots, and community leaders alerting everyone of the situation. Shortly after the news was announced people began to organize protests at the venue. Then residents began to contact their elected officials.

Missouri state Senator Bill Eigel then contacted the Missouri State Highway Patrol as well as the local Chesterfield Police Department informing them of the event and the laws protecting children. Local conservative talk radio hosts on The Real Talk Radio Network 93.3FM in STL encouraged listeners to call the venue as well as law enforcement and urged them to cancel the event. Public pressure grew to the point that even the venue’s Facebook page saw droves of 1-star negative reviews for hosting an event that would endanger children.

Citizens of Missouri made it clear that they would not accept the corruption of their youth.

The Missouri blueprint is now proven successful and should be used wherever possible to protect children. Spread the news, get conservative legislators involved, contact law enforcement and make them aware of the potential danger to children, call/email the venue, and if necessary leave negative online reviews of the venue to make it clear that hosting these events is bad for business. Most states and localities have laws protecting children, in addition to federal laws which prohibit showing children obscene or pornographic material.