Prepare For Change
Home News Creation of the Galactic Family – Where did you come from?

from Lyssa’s book, The Prism of Lyra: An Exploration of Human Galactic Heritage

The following are the main characters displayed in this tapestry from the perspective of Earth:

LYRA
The general area of the “birth” of the humanoid race. All humanoid races in our galactic family have genetic roots connected to Lyra. It is the symbolic harp upon which the song of humanity is played.

VEGA
A star within the constellation of Lyra. Descendants of Lyra, Vega birthed a race of beings who manifested Lyra’s opposite polarity both in their beliefs and actions. There were frequent conflicts between the Lyran and Vegan races.

APEX PLANET
A planet within the Lyran system which was the first attempt at creating an integrated society.

SIRIUS
A trinary star group, it is known in Earth mythology as the Dog Star. Sirius was one of the first areas to be colonized by beings from the Lyran star group. Sirius embodied the energy of the triadic template and perpetuated the drive toward integration. There is a large variety of consciousness types that incarnate in this system.

ORION
This is the main “battleground” for the challenge of polarity integration, seeded from Sirius as well as Lyra and Vega. 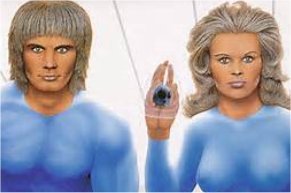 There is a direct connection with Earth, as explored in later chapters.

ARCTURUS
An archetype or future-self ideal of Earth, Arcturus assists in healing personal and planetary consciousness. Its vibration, primarily sixth density, has been attributed to the angelic kingdom. 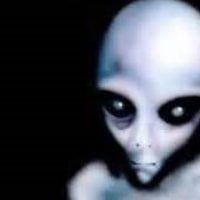 ZETA RETICULI
This civilization is intimately connected with Earth. The Reticuli are the primary group instigating abductions (or more accurately called “temporary detainments” since this group always returns the abductee). More will be said about this group in later chapters.

Related: Which star system did YOU originate from?

It seems apparent that every ethnicity on this planet is basically its own race of extraterrestrials. For example, the American Indian lineages may have been seeded here (or assisted) by the Pleiadians, as one of the seven sisters of the Pleiades is “Maia” (as in the Maya from Mexico). According to Mayan folklore, the Maya were visited by a Caucasian man with blonde hair and blue eyes. They called him Kulkulcan, who is also known by the Aztecs as Quetzalcoatl. Kulkulcan taught the Maya advanced mathematics, astronomy, agriculture and medicine.

Some people believe that those of African heritage were either (1) the original inhabitants of this planet because their skin is more conducive to warmer climates or (2) were seeded here by the Dogons. Is it possible that the African race was seeded here and received messages from the Dogon, similar to the Maya?

What if the Caucasian race is a branch of the Asians, or vice-versa?

To me, this planet has been a galactic experiment to see how lower 3rd dimensional galactic races would get along with one another. It is also part of the universe(ity) of learning through spiritual progression. Those in power rely on divide and conquer techniques to keep us from uniting with one another. In order for us to grow as a global community, we must all come together because once the bottom of the pyramid unites, the rest will collapse. Regardless of what happens in the future, we have the NOW and NOW is the time to make this a world we all want to live in.

read more of this article and others at:  http://www.in5d.com/creation-of-the-galactic-family.html