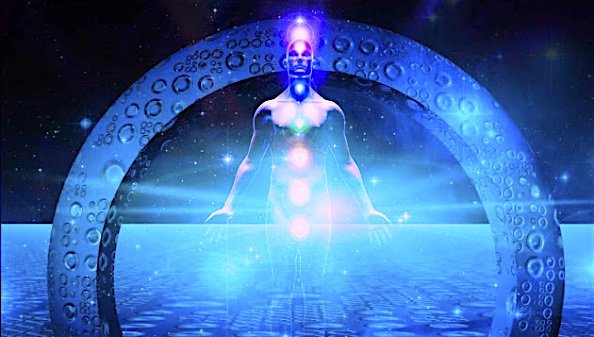 Filmmaker, author and researcher, David Wilcock, discussed a variety of topics including ancient civilizations and ETs, the secret space program, Genesis & End Times, as well as spiritual information about soul growth, ascension, and the evolution of consciousness. According to his “insider” contacts, the secret space program has conducted missions not known by the public, including a visit to the rings of Saturn, which are a kind of ruins. What they found there were the remains of gigantic rooms made out of glass-like material that were designed for people 70-100 ft. tall, he revealed.

The aliens that built these rooms, along with a massive ring-like project around Saturn, were descendants of a prison colony that were banished to our solar system millions of years ago, he explained. Their enemies became concerned that the rings they were constructing could be used as a resonance-wave weapon to destroy any planet in the galaxy, so they ended up demolishing their project, Wilcock continued. Back on Earth, according to Wilcock’s contacts, there are many covered-up mound builder sites in Canada that contain secret research– including stasis bubbles with 24 ft. tall beings, some of whom have recently reawakened.

Further, Wilcock reported that around 100 enormous spherical ships around the size of Neptune have recently come into our solar system. It appears that four different types of beings from the ships have had contact with Earth’s cabal, most prominently the Blue Avians– who are 8 ft. tall, have bird-like heads, and bodies covered with bright feathers, he said. Yet, Wilcock reported that intelligent alien life is essentially human, with their DNA differing at most 4% from ours.