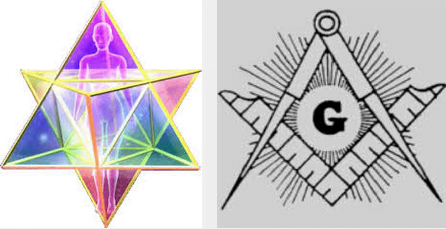 This is the follow up talk to David’s Consciousness Life Expo from February.

BP from Starship Earth: The Big Picture was kind enough to host the audio file for this expo; which is below my notes. Of course David and his team may take down the audio file at any point in time, in lieu of that, I decided to take some notes of the more important points from his talk. If this data is accurate, it is vital information which everyone should have access to, in my opinion.

Presumably, this data will be released in even more detail by David and Corey in the near future, as they have both discussed several times.

This is probably the most extensive revealing David has done about what is happening behind the scenes and reflects much of what Insider Corey GoodETxSG has been revealing. Of course his data comes from insiders so one should not assume this is the gospel of absolute truth. However, there are many corroborative data points which line up with our own research here on SITS, linked in the notes. My commentary in green.

Note about synchronicity: As I was updating my notes with links and articles, I found it interesting that we have been covering much of this data on SITS, all the way back to our first few posts in 2013. It’s always interesting to see how we are guided to do things in one moment of life that later weaves itself together into a grander picture. Nothing happens without purpose, it seems.

This is a follow up to the Consciousness Life expo.

5 million year old history of the solar system was discussed in the event in February and only major points from that talk will be discussed today.

The history of the Illuminati is much more complex than what we think.

Benevolent ET contact describing service to others in legends and myth throughout history, all suggesting a major shift in consciousness and way of life at this time in history.

Zeropoint energy. When you cool things down below 278 degrees kelvin they should be very still, no motion or heat; the so called “absolute zero point.” Instead of no movement or energy, there is a vast amount of energy. A coffee-cup sized volume of space has enough energy that it could instantaneously boil off all the worlds oceans.

Scientists tell us because of conservation of momentum, there should be no energy there, but the further we zoom down into the quantum lengths, there is more energy. Therefore, if we go further then that the energy level should be huge. And it is. So called ‘free energy’ is very possible.

Scientists have recently theorized the Universe is made of a singularity or single geometry. The Amplituhedron. A single geometry which all things are derived from, according to the breakthroughs of late. These scientists said they can describe all interactions within 7 permutations of this primary geometry. 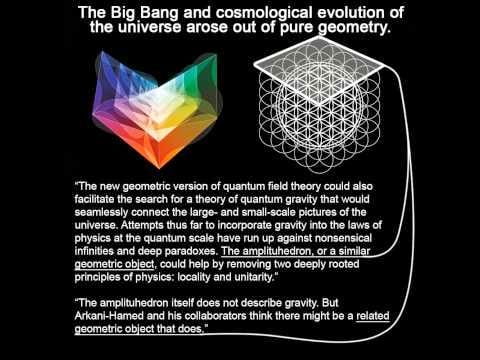 Mentions the Hexagon shape seen at the pole of Saturn, which organizes the material. Earth has magma which is organized similarly.

The shape is describing the Merkaba, which relates to the masonic compass.

160,000 documented cases of transfiguration of their physical body into light.

Tibetan Legend of a man who descended down from space. Leaving hand prints into the stone, with 6 fingers on the hand.

ET Human Padmasambhava, came from space in an egg, taught the monks of Tibet how to turn into a light body. takes 7 days. Your body shrinks down to about 9 inches tall, rainbow appears of the hut. Then people start to see them in their dreams.

Human form and tetrahedron reveals the original form, or primary geometry of the creator (see above image).

The creator is within everything as a fractal of the original form.

Free will allows us to grow, with the balancing mechanism of the universe reflecting back to us what we need to learn. [we discussed this deeply in our radio series here.]

Law of free will is highest law. And the illusion of the universe (in relation to the prime reality) allows each being to evolve through collective co-creation. [when we say illusion here it does not mean ‘nothing matter’s’, it means that the primary reality is total unity consciousness singularity of being. We experience life and evolve within the ‘dream’ of the prime creator’. See the above radio show link for detailed explanation of this.]

Forgiveness is the key, the stopping of the wheel of karma.

The negative path is allowed to occur, because all paths lead back to source. [from the creators perspective negativity is essential for the whole of collective evolution, another path back to source, but free will is always maintained. The so called negative path provides experience for others to learn from, if they contemplate and understand it opposed to ‘ignoring the negative’ in which case any lessons are avoided.]