Prepare For Change
Home Uncategorized For All the Night’s Stars – SkySurvey.Org

In 2010 I changed careers. Or, rather, I replaced one with a pursuit of passion: capturing the heavens like never before. It was a photographic expedition of 60,000 miles and over 37,000 exposures collected from opposing ends of the Earth. The final mosaic photograph encompassed the entire sphere of celestial darkness, though in that darkness, I found light…

For All the Night’s Stars

I’m at 6,200 feet in the Nevada desert capturing the first images of what will ultimately become a 37,440-exposure, 5,000-megapixel photograph of the entire night sky. It’s 18°F and while I try to keep my mind off the wind chill, the gusts continue to push over the ridge. As the first camera shutter snaps shut, a fairly typical portion of space appears on my laptop screen: other suns millions of billions of miles away are scattered across the frame, too many to count. The sheer work of what lies ahead slowly begins to sink in and I shudder — though not from the cold.

As a young boy, I treasured our family vacations to the central coast of Washington state, where low tides unveil beaches more than a thousand feet wide that run for miles. I remember being mesmerized by the surf and the water stretching to the horizon. For a young mind, this was a very big place, and it was here that my understanding of nature’s vastness began to take shape. Later, when I was about 10 years old, my family went to visit relatives in Sweden. As the speeding blur of the runway dropped away on takeoff and the many hours of flight ticked away — what felt like forever — I realized how much bigger the world must truly be. Then, in seventh grade, I watched the Eames’s classic Powers of Ten documentary, and the bounds of the universe instantly swelled beyond comprehension.

For some, our reverence for the scale of our natural world tends to dull with age, but I count myself as one of a peculiar breed who find the opposite to be true. So when my passions for photography and space eventually converged, I knew the resulting creation would have to convey the vast scope of the cosmos. As I figured it, only two kinds of astronomical photos were possible — ones that covered part of the sky and ones that covered all of it.

Naively choosing the latter, I set about planning the photo shoot of a lifetime. It was a journey that would ultimately take my father and me 45,000 miles by air and 15,000 by land as we enjoyed countless day-lit vistas and even grander nighttime skies from the darkest corners of the western United States and South Africa. Travel was necessary, since capturing the full sphere of the night sky carried with it certain geographic limitations. For starters, large parts of the sky near the north celestial pole are not visible from southern latitudes and the same is true of the southern sky from northern latitudes. Likewise with the seasons, what may be overhead in summer is below the horizon in winter. Complicated by weather and Moon cycles, only narrow windows of opportunity were open each month, so thorough planning was critical.

Most of my project’s decisions were dictated by the metric of speed, and finding the right tools to do the job was one such choice. One might assume that a big CCD sensor covering a wide view would be the natural tool for an all-sky survey, but it is rather the exposure time per area of sky that matters. By photographing with low-noise sensors, though smaller, I exposed the sky with shorter images, shaving away precious seconds, and ultimately many hours off the total time.

Efficiency between fields was also important. Rather than manually star-hopping from one constellation to the next and risk missing a piece of the puzzle, I divided the celestial sphere into 624 equally spaced areas and programmed their coordinates into my computer. I recorded these areas through six short telephoto lenses, each fitted with its own color filter and cooled CCD camera, all of which were controlled through a jungle of cables fed into a single laptop.

For the sake of portability during all the air-bound globe-trotting, I paid particular attention to how such a bulky collection of equipment could be secured with minimal weight. My solution was to construct a bracket that anchored three cameras to the topside of a computerized equatorial mount and the remaining three to the bottom in lieu of the traditional counterweight. This kept the entire package well under 100 pounds (45 kg), which proved to be a welcome feature for both travel and setup.

As our first trips to Nevada and Arizona got underway in March 2010, challenges popped up at nearly every turn, and I was constantly reminded of how little I initially knew about astrophotography. Terrestrial photographers rarely concern themselves with factors such as daylight saving time, polar alignment, or preventing a meridian flip that threatens to destroy half the equipment, but I suppose this is what gives astrophotography its charm — that perpetual task of keeping up with the motions of the heavens.

By mid-June 2010, with part of the Northern Hemisphere complete, the mission turned to the Southern Hemisphere, and it was in South Africa, not far from the South African Astronomical Observatory, where I caught my first glimpse of the southern Milky Way. Few words can adequately describe the sight of our galaxy’s center perched straight overhead, so bold that I considered reading a book by its light! The Large and Small Magellanic Clouds were an equal treat, both luminous reminders that our galaxy is but one of many.

After three frigid weeks of winter in South Africa, we flew back to the States for some much enjoyed summer nights and familiar constellations. The process continued, and by Thanksgiving it was back again to South Africa to finish the Southern Hemisphere, followed by an earlier than-expected return home thanks to favorable weather.

Finally, after far too many sleepless nights, our travel weary bodies made the final push in Colorado as we snapped the last of the 37,440 exposures in January temperatures as low as -6°F. But the physical task was quickly exchanged for a mental one as the real work of making sense of so much data loomed like a dark cloud overhead.

What would normally be a manual process of calibrating, stacking, and stitching was impractical with so many exposures. Even simple tasks as mundane as moving a set of exposures from one folder to another had to be scripted, and off-the-shelf software programs were not up to the task of reducing so much data. The workflow therefore relied on a combination of professional tools. IRAF performed up-scaling, registering, and stacking of the bracketed exposure sets followed by modeling of the backgrounds to eliminate gradients. AstrOmatic’s suite of tools provided the astrometry that calculated the orientations and distortions from each lens and then eliminated them for a final stitching of the full sky. Although greatly simplified in summary, this process began in January 2011, and consumed months of processing time and four terabytes of storage. When finally completed, I was greeted by the photo I worked so hard to capture: a 5,000-megapixel view of the cosmos with our Milky Way stretching end to end.

People have congratulated me for following my dreams perhaps without realizing how literally true this is, as the seeds of my project were in fact planted under fictitious skies. It wasn’t until recently that I stumbled upon a video of John Dobson, best known for his pioneering low-cost telescope mount, whose words characterize the same nautical dream with more equity than mine ever could:

“If you find yourself at sea in a small unlighted boat alone in the darkness of a cloudless night, and if you gaze into the darkness of the space between the stars, then keep wide awake. And if your mind is full of wonder and your heart is full of peace, there is a chance that you will understand.”

The solitary ring of these words hangs in the air, perhaps serving as a reminder of how our knowledge of the universe has been advanced time and again by those who studied the skies with lonely dedication. But then there are luminaries of history such as William Herschel who spent years scanning the heavens with help from his sister. I like that. After all, considering the many pastimes life has to offer, which are more meaningfully shared in the company of others than sitting under the stars?

Thanks, Dad, for being there all those nights. 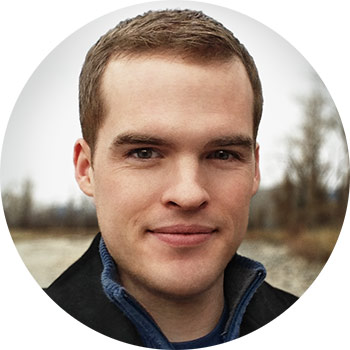 ‘m Nick Risinger, a photographer and designer from Seattle, Washington. I’m honored to have my work recognized by the Advanced Imaging Conference, the Cartography and Geographic Information Society, and featured in the Royal Hotel Clock Tower Astronomy Center in Mecca, Saudi Arabia. You may have caught me on Wired, BBC Horizon, and Public Radio International’s The World. I am also the Co-Founder of Fifth Star Labs, makers of the iPhone and iPad app Sky Guide.