The Only Four-Letter Word That Matters 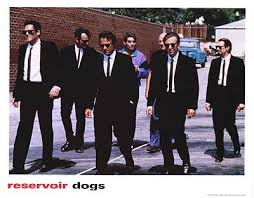 In my previous post, I used strong language in several spots. I understand that this is upsetting and disconcerting for some individuals.

Frankly, I don’t like using vulgar language unless it drives a key point home. I never, ever want to approach the levels demonstrated in these movies:

Sadly, most people have been programmed to respond to this kind of language. I myself must confess that I jump to attention if I hear someone launch into an expletive-laced tirade…but only if they are not constantly releasing strings of F-bombs. I mean, does anyone find it funny to hear a standup comic who relies solely on vulgarity to elicit laughs?

Because of this, sometimes I will include an expletive-laced phrase to demonstrate a point. The ‘point’ in the last article as to show that we the people of Earth are sick and tired of the reality we are stuck in, and that those of us who are awake are ready to help those who are not yet aware to get off of the couch and change this world for the better.

For this reason, we need something like the EVENT to happen in order to get a fresh influx of determined individuals who are willing to roll up their sleeves and do serious work to clean up our world and various societal institutions. The current population of awake and aware people simply is not enough. We need millions of people – perhaps hundreds of millions – all doing what they can to heal the planet, heal our species, and to utilize and implement technologies which will help us stop destroying all of the life on Earth simply so we can keep the current fossil-fuel economic machine running for a few more decades.

The people who are going to be joining this movement after the EVENT do not even know this website exists. They have never heard of Cobra, and at present they would fall over laughing at the concept of ‘lightworkers’. I know this because I did quite a bit of ‘marketing research’ during 2012-14 as to the openness of people to some of the ideas promoted in a post-Disclosure (and post-Cabal) world.

To be blunt, it was an exercise in futility that resulted in me becoming angry and disillusioned. It was also an extremely valuable experience, because I got to see what kind of information and evidence would be required for people to substantially revise their world view.

Given the above, the scenario so often described as The EVENT seems to be the only plausible way to shake the majority of people out of their collective stupor. The ‘control matrix’ we experience at present is made possible in large part because of the voluntary participation of the masses to enforce the status quo by marginalizing those who challenge the system. Only a series of events of sufficient ‘shock and awe’ will be able to stop people from keeping the system going and to be able to critically think about the reality in which we have been living.

Unfortunately, the ‘shock and awe’ part is going to require the disclosure of a lot of disgusting and horrifying practices which have been going on secretly:

The four bullet points above will cause a lot of people – and I mean billions of them – to become exceedingly angry. Even if our energetic environment changes toward one of less conflict and violence, the sheer outpouring of emotions during the reset period will be overwhelming. There will be crying, (hopefully) peaceful demonstrations, publicly televised trials, and more than a few people who will be feel as though someone very close to them has died.

Whenever I’ve experienced waves of negative emotional release – I have wanted to yell obscenities and bawl my eyes out. But have I ever hurt anyone via these actions? Not intentionally. This is catharsis – pure and simple. When footage of secret meetings and rituals is finally released, we will get to hear A LOT of obscenities being uttered – not always by the ‘bad guys’ either.

For the record, I’ve heard the Red Dragon Ambassador as well as David Wilcock let loose with a few F-bombs in the past. Just yesterday, I heard Harald Kautz Vella swear a few times during an interview. Even David Icke has used vulgar language to emphasize his anger with the pre-EVENT status quo.

To some, a reality without swearing will be very scary – it will seem like some sort of ‘forced utopia’ where people are allowed to express themselves only within a limited emotional spectrum. For this reason, I try to slip in a few crude words in my articles such that when the currently unawake read them, they will find comfort in the ‘all-too-human’ language of someone struggling with being awake.

Our current world is cruel and ultimately only serves the wicked. The words I write are meant to emphasize my frustration with this reality – which I believe is shared by others equally disgusted with the status quo.

Refusing to use certain words because they are crude and vulgar is disingenuous. George Carlin was brilliant in pointing out how the increasing use of ‘warm and fuzzy’ terms is a tool to sweep aside the tragedies of modern life. I still find his discussion of how ‘shellshock’ became ‘post-traumatic stress disorder’ to be one of the most enlightening and intelligent presentations of how language can be used to hide the truth from people – truth people need in order to be motivated to create a better world. See the video below as emphasis of his brilliance – even if you can only watch the first two minutes.

BTW, you may be asking yourself what the title of this post is referring to. The only four-letter word that matters is LOVE. Everything else falls away – “F-bombs”, slurs, and obscenities will not matter to our consciousness in 10,000 years. For the parts of us that endure, the loving energy we express to others in the form of compassionate intention and action will be eternal.

Above the Line Thinker 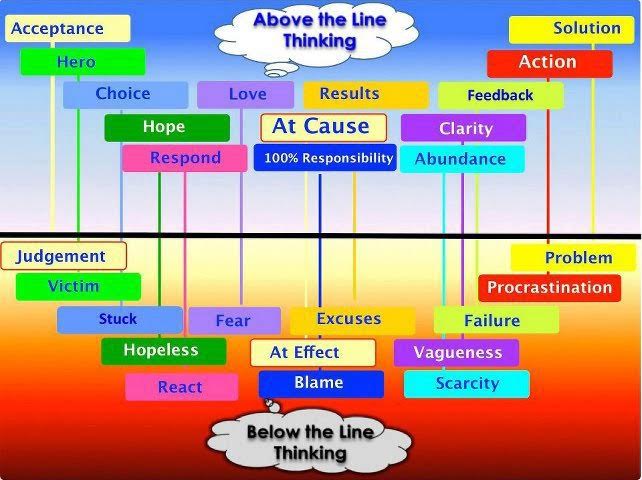 I just challenge everyone to see, learn, and know where you operate from. Are you an “Above the Line thinker” or do you function “below the Line”? Make any corrections. Watch your thoughts and actions.

I want to leave my blessing on you that actually read this information.

Dear Source of all . . . the mother/father principle that runs through all beings, space, time and infinity, Divine Goddess, Divine creator. We, as a collective of sentient beings, request divine guidance and assistance.

We are brought here at this time and space in this 3D and beyond world to work together, to help free all from the ignorance, tyranny and control that we have been under. We are always grateful to be on this earth plane, even with it’s difficulties. We give thanks to this mother earth who so selflessly gives all for us. It grieves us to know that beings are trying to harm this earth and the land, water, seas, animals and humans. We are sorry for the many negative beliefs and experiences we encounter and that we have been led to believe and experience. Free our minds, hearts and souls to be able to experience our higher self, our divine being, that we in turn can help be that hero who loves and serves and at times, saves others and our beautiful planet and galaxy. Help us to respond willingly to good causes. Free us from the mind control implants and negative frequency generators. Increase our intuition and discernment. Let us have the clarity we need to take action on behalf our own self and the communities we live in.

Guide us to be responsible for our-self, our actions and correct any negative actions and words we have already given out. I’m sorry this world and the negative elements have taken over. I’m sorry for all the misery and darkness visited upon light beings. I Love you. Please love yourself, open your heart to love, asked to be in line with love, to feel and expand that love throughout your community, world and galaxy. Please forgive me, forgive yourself, forgive those that you feel have harmed you. Free yourself from that poison and forgive, so you can take a stand for truth, light and LOVE. Forgive so you can be a force for good. Stop wallowing in your misery and addictions. Take your power back and take action for yourself. Choose love and choose forgiveness and choose action for the light. Thank you Divine Creator/Goddess for this knowing, lessons, intrigue and solution. Thank you for lifting this earth out of the darkness, for opening our eyes, our minds and our hearts to Light and to Love.

This or something greater.
Be it so. . .

Letter to My Karass

Letter to a Scientifically-Minded Friend