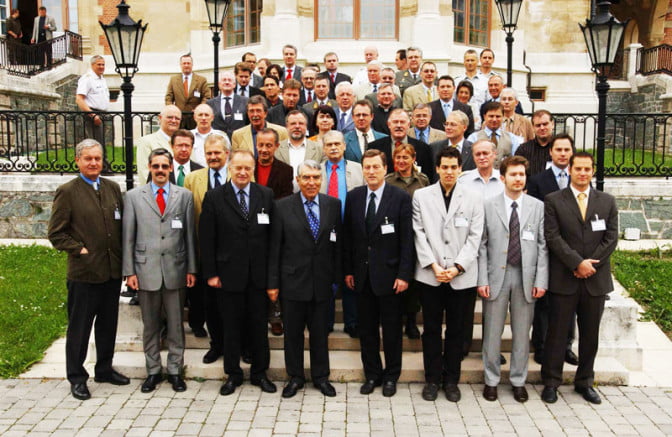 Notice to readers, due to my annual holiday, the reports for August 17th, 24th and 31st will feature non-time sensitive material. Regular reporting will resume in September.

In September the leaders of the current world system are planning many changes. Chinese President Xi Jinping, the Pope, Russian President Vladimir Putin and others will be visiting the US in September ostensibly to celebrate the 70th anniversary of the founding of the UN. The leaders are also promising to announce many reforms including making a promise to end poverty and stop environmental destruction by 2030. There are also plans to include the Chinese yuan into the International Monetary Fund’s Special Drawing Rights or SDR currency. The Pope is also planning to issue an encyclical officially committing Catholic Christianity to environmental protection.

All of this though, is probably going to be too little, too late. It is mathematically impossible for the current world system to continue as is without root and branch reform or even revolution.

The first thing to realize is that the world financial system based on Babylonian style debt slavery has to be replaced with a transparent financial system controlled by the people. Promising to do more good within the current architecture is like a fox telling the hens that from now on he will steal less eggs.

The system as it now exists leaves 50% of the world’s wealth in the hands of just 85 people. Meanwhile, according to Oxfam,

80% of all people on the planet only own only 5.5% of the world’s assets. This is the result of a system that has turned 8 out of 10 Americans into debt slaves and lowered their standards of living since the 1960’s.

This is the sort of inequality that led to the collapse of the Roman empire and is now making the collapse of the current system a mathematical certainty because all the world’s wealth (and natural resources) are disappearing into a black hole centered around the hyper-wealthy.

So thinking from a military perspective, what needs to be done? In military terms a campaign to change this system would be quite simple. Here are a three simple steps that need to be taken:

First, nationalize all the privately owned central banks. The right to create money has historically belonged to governments for good reasons in that governments represent the people. Issuing government currency would allow governments to pay for education, health care, the military, public work and basic scientific research without resorting to either debt or taxation. People who want more than barebones basics will continue to work in the capitalist system that can thrive in a properly regulated environment. To occupy the 12 Federal Reserve Board Branch offices and the headquarters of the top ten megabanks would require, at the most, about 5000 special-forces troops. The same could be done in Europe with even fewer people. China’s central bank is already government owned which is why China has been booming for the past several decades.

Second, redistribute the assets that were stolen over the past century from the people by the privately owned central banks. A simple back of the envelope calculation shows that in the case of the US Federal Reserve Board, doing this would immediately make about $300,000 available for each man woman and child in the United States. On a global scale it should be possible to increase the average asset base of the poorest 80% about 7 fold, or raising their net worth from $3800 to $26,000. Doing this would even benefit the richest 1% because it would create a huge boom as the newly empowered world middle class began to use its new wealth.

Third, replace oligarchy with meritocracy. The world system as it currently exists is an oligarchy. A tiny group of hyper-wealthy individuals and families use financial control to hire mercenaries, politicians and propagandists to carry out their orders while maintaining a façade of popular control. History shows that oligarchies stifle innovation, create mass poverty and eventually implode due to excessive concentration of wealth. A meritocracy is a system somewhat like a song contest. Anybody can apply and, in a totally transparent way, those that popularly considered to be the best, rise to the top. This is the system used by successful armies, corporations, charities, religious organizations and bureaucracies. It is the system that has allowed China to enjoy decades of double digit growth while the West has become poorer under oligarch controlled debt-slavery.

We have wiped out more than 30% of all species of living creature on the planet in the past 100 years and the rate of extinction is increasing.

Over 1 billion people are either starving or on the brink of starvation.

Our current global power structure has been taken over by religious fanatics bent on starting World War 3.

A rogue artificial intelligence has already taken over the financial system computers and is on the brink of being able to override electronic control systems on modern military hardware.

We are in a state of quarantine, unable to leave this planet.

So, if you are in the military or an intelligence agency and you read this report, immediately contact your superior officer and ask why they are not taking action. There are certain key individuals who need to be inducted into the job of saving the planet. In the US these are Martin Dempsey, Head of the Joint Chiefs of Staff and Ashton Carter, Secretary of Defense. In Russia, it is Vladimir Putin who needs to take action. In China it is Xi Jinping and the military high command. The Queen of England, as head of the committee of 300 and the Pope, official head of the P2 lodge, also need to offer their blessing to this project. Prime Minister Narendra Modi of India also needs to be brought on board. Just these 7 people and the large organizations they represent, have it in their power to save the planet.

The ringleaders of the group that are still trying to start World War 3 and artificially create a Biblical Armageddon are Benyamin Netanyahu, the Bush/Clinton crime family, Sheldon Adelson and their fellow Sabbatean fanatics.

The Sabbateans, for those who are new to this issue, are a fanatic gangster sect who believe that they must carry out the end time prophesies in the bible. They pretend to be Christians, Muslims and Jews in order to try to manipulate the world’s governments and military agencies to make their Armageddon happen. Their founder was a madman by the name of Sabbatai Zevi who claimed to be the Messiah and later pretended to convert to Islam in order to save his life. There are about a million members of his sect, many of them located in high positions of power in Israel, the US, Europe, Iran and the Gulf countries. They have carried out multiple nuclear (eg 311) and other (eg 911) terrorist attacks as part of their fanatical schemes. This sect needs to be disbanded.

So, when we all return from our summer holidays, we need to each and every one of us take action to put pressure up the chain of command and force the leadership to act. Pick up the phone and call the Pentagon, the FBI, the CIA, the police and anybody else you can think of who is in a position to make arrests. The criminals in power must be removed and control of the financial system must be returned to the people. If the leaders of these agencies fail to act, we have to use pressure from below to replace them with leaders who are willing to act. No giant spaceship filled with friendly aliens is going to save this planet, we are going to have to do it ourselves. As the saying goes, “if you want to do something right, you have to do it yourself.”

In the next report, due on September 7th we will summarize what we found out in Canada this summer. We will also report on how the actual battle to free humanity and save the planet earth is progressing.

One of the significant sources of funds for the fascist Nazionist Jesuit Khazarian Mafia is the healthcare industry which registered a whopping $3.09 trillion in 2014, and is projected to soar to $3.57 trillion in 2017, in the US alone.

We can help take down the Dark Cabal by avoiding drugs, defeat any viral attack and scaremongering easily by knowing how to build our own comprehensive antiviral system. Find more about it here.