Prepare For Change
Home Teachings The Five Reasons Why: We Are Our Brother’s Keeper 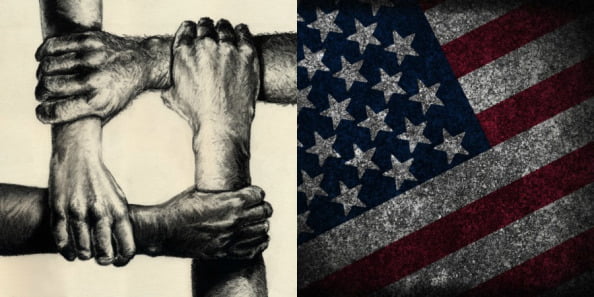 The Five Reasons Why: We Are Our Brother’s Keeper 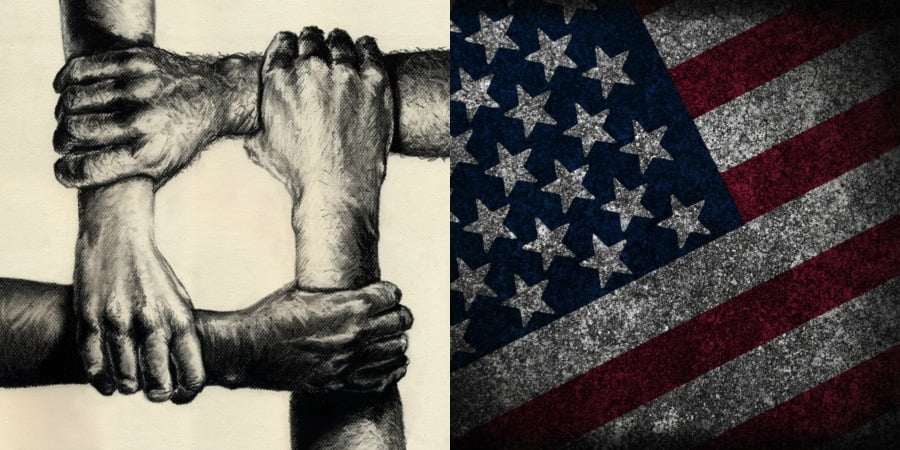 One of the main task of theology
is to find words that do not divide but unite,
that do not create conflict but unity
that do not hurt but heal
– Henri Nouwen

Have you ever walked along the moonlit sand, under a star-filled sky and wondered, “What is the meaning of my life?”  Have you ever given a moment your all, ran your fastest race, but still came in last? Have you ever thrown a penny in a well, blew out all the birthday candles on your cake, yet your wish failed to be filled? Have you ever fallen down and been unable to get back up? Have you ever thrown your hands up high and shouted toward the heavens, “I give up!”  Have you ever faced humiliation or felt the world staring you down? If pain has ever pierced your heart,  and made you feel alone. If emptiness has ever drowned you and sorrow has overwhelmed? Have you ever wondered how you made it through? While your inner strength and fortitude played a vital role, it was because you have a brother, a mother or a friend, who carried your burden, without complaint or expecting anything in return. 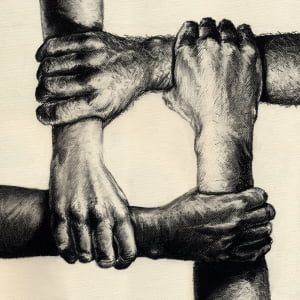 The Five Reasons Why: We Are Our Brother’s Keeper

5. Karma
From 2005 – 2009, a sitcom by the precarious title of My Name is Earl aired in original episodes. Earl was a bad guy, plain and simple. But with the exception of a few flashbacks, we never saw that side of him. When the series  opened, he is hit by a car right after winning a $100,000 on a lottery ticket. His immediate change in fortune, did not simply force him to turn his life around, but he realized that for all the wrong he did, unless he made amends, karma was now out to get him.  There exist a multitude of beliefs and thousands of religions. Each with their own interpretations and definitions of what is righteous and what is condemning. And while it is the differences that lead to fiery debates and full-scale war, all contain an element of karma, which plays a crucial role – what goes around comes around. So before we turn our backs on our brothers, watch an episode of Earl. Although it may be fiction, those who believe in its existence will tell you….karma is a bitch.

4. Wisdom
The only way to keep what we have is to give it away, is a quote said in unison at the beginning of every narcotics anonymous meeting. For those who have undergone traumatic experiences or have battled with addiction and have managed to overcome, part of the ongoing recovery process is the sharing of your experiences – both challenges and successes – with those less fortunate, still caught in the throes of a losing battle.  There is wisdom in sharing, for as we teach, we also learn. And while many of us go through the phase – we think we know everything –  it is not a place to dwell, for everyday there is something new to learn.

3. Community
In 1993, in the midwestern part of the USA, the rains would start falling and it appeared they would never stop. Unable to withstand the torrents, one by one, the levees would fail. The Missouri and the Mississippi Rivers would crest at record levels, roaring downstream with a force so destructive, entire towns would be wiped out, and the rains still would not stop. But watching the catastrophe unfold from the safety of the west coast, what I remember most was seeing the citizens of St. Louis ban together to fortify the trenches, working in unison at a feverish pace, stacking thousands of sandbags against the weakening levee, bracing for the river to crest. St. Louis was spared the disaster that had befallen others upstream, by watching over one another and working together, they had saved their fair city.

2.Loneliness
On December 13, 2003 a tyrant by the name of Saddam Hussein was captured in a hole. It was dark, empty and he was all alone. After years of feeding his own selfish ego, caring not for the welfare of his people, of which he was “elected” to serve . After failed invasions and the mass killing of the Kurds. After the plundering of his nation’s riches and isolating his country on the world stage, when his reign finally ended, he had distilled so little goodwill, that the only safe haven to be had, was a hole in the ground. Lending a helping hand to a person in need, creates an emotional investment, that may pay its dividends, simply in the comfort of knowing, someone cares about us and that we are not alone.

1. Empowerment
Becoming captain of our own ship and master of our own soul is paramount for growth. Growth exalts confidence. Confidence leads to self-empowerment and empowerment can lead to positive change. Once we are comfortable with ourselves, then even with our differences of opinion, status and color, we comprehend it is one nation that binds us together. And when our bond is understood, being our brother’s keeper, becomes more of a privilege and less of a burden.