Prepare For Change
Home Healing The Shift within a Shift

The Shift within a Shift 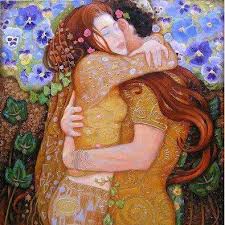 The shift in consciousness that the peak energies of Sept. 27-28 facilitate will see, I think, many changes occur on the planet. I can certainly see the changes that are happening in me.

I sincerely hope that they’ll facilitate what I regard as the most important change for this planet: the balancing of the female and male energies or the balancing within and without of the divine feminine and divine masculine.

The bedrock, the sine qua non or indispensable part of this shift within a shift is the ending of all forms of gender inequality and gender persecution on the planet.

The vibrational upgrade this X-wave, Event or Ascension energy brings may be what’s needed to begin a pan-human response to this form of suffering.

That responsive movement eventually must and will encircle the globe, to end what I consider the most pernicious of hierarchical patterns: the presumptuous pattern of male superiority. 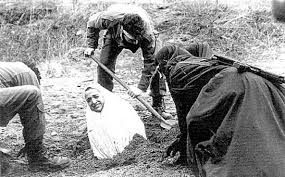 Closer to home, the glass ceiling, the undervaluing of women’s labor, the lack of aid to single mothers, and all other forms of institutional inequality as well as all forms of violence against women – domestic violence, abuse, rape, sexual harrassment, etc. – must and will end as well.

One of the most powerful tools that we have is to give a voice to those who’ve been abused and allow them to tell their story and be heard.  It then takes incredible courage for the victims of abuse to come forward and actually share how it has been for them.

Over the past three years, I’ve heard stories of incredible abuse. I don’t know how people survived with their personalities intact after the horrors visited upon them. And I’ve heard stories of victims meeting their abusers with only love. You know that I met my father’s physical abuse with only hatred, so I cannot claim the stuffing it must take to meet abuse with love. I wish I had it.

I’m committed to seeing the end of gender violence, gender inequality, and gender persecution on this planet by Jan. 1, 2018.  (1)  I say that on my own say-so as a sovereign citizen of planet Earth.

I’m in the planning stages of organizing a charitable foundation which I’ll be calling the Michaelangelo Fund to distribute resources to women’s groups around the world to work on all aspects of ending gender inequality and gender persecution.

No, I’m not asking for funds. I’ve been told that we’ll have plenty. I’d recommend that you send your donations to the Hope Chest instead, for the relief of lightworkers.

Begin to notice the “Beauty Trap” that we have women in. Notice how, whenever a woman is described, it’s mandatory to use the word “beautiful.” Start to see how we box women in, what tools we use to do that, and how we excuse ourselves for doing it. 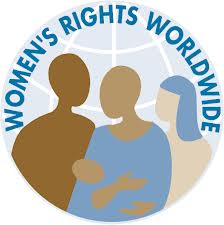 See how we allot to women the role of being what one sociologist called the cynosure of gaze, (2) the “thing” of beauty, causing women to dress up, be abnormally concerned with appearance, etc., all to “make it” in society.

Then see how we turn around and reserve for women the menial tasks in life.

What does all this serve? And whom does it serve? Those are questions, I think, that need to be answered, without emotion and with accuracy and detail.

None of us like to be confined by roles. But women have been confined to roles that have excluded them from full (and sometimes any) participation in society and that circumstance now needs to end.

It can only end if we approach it from love. Anything else will leave residue and simply prolong the ordeal – for men and women. Love is the beginning and end of everything – social activism, relationships, building Nova Earth. It’s the origin and destination, the alpha and omega of life in its entirety.

No matter what dimension you find yourself in, it’s love that you can come back to to orient yourself and acclimatize. Love is beyond all dimensions.

We need to come together as lightworkers and as a planet in love and gratitude to pledge our commitment that we ourselves will no longer contribute to gender inequality and persecution and that we hold the space for them to end throughout the world. This needs to become a planet of equality, kindness, and respect again, as it was in the beginning.

(2) Peter L. Berger and Thomas Luckmann, The Social Construction of Reality: A Treatise in the Sociology of Knowledge.  Garden City, NY: Anchor Books, 1966.