Prepare For Change
Home Healing Michigan Panel Votes 4-2 In Support Of Cannabis Use For Children With... 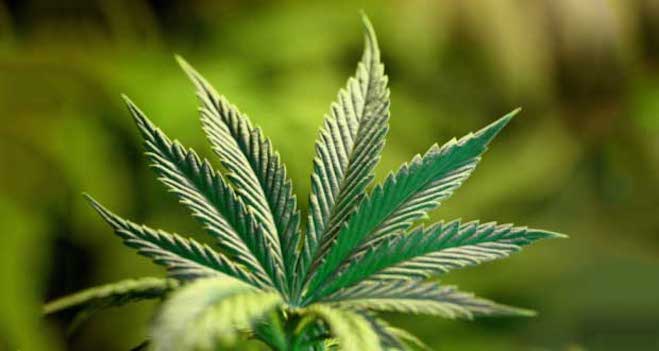 Mike Zimmer, the Director of LARA in Michigan, has taken the futures of children and their families into his hands, only to crush them, insult them, and put all of their lives in danger. I was in attendance on July 31st2015 at the last autism hearing in Lansing when the panel was finally given the chance to make an informed vote of 4-2 in favor of Autism being added to the list of qualifying conditions for medical marijuana.

I held our 4-year-old son Emery affectionately in my arms as I spoke in front of the panel of our experience over the last year and how it has changed us. We are able to give Emery cannabis because of his epilepsy diagnosis. I explained what it has done to reverse his autism impairment, to help him grow and to be happy, and for us to be able to live together in the same home. Before cannabis, we were going to have to live in separate homes on the same farmland together. Emery could not help but attack everyone around him constantly, including his younger siblings. Now, we happily spend entire days together and can hardly imagine the road we were headed down before Emery’s brain was allowed to work the way it is meant to because of cannabis.

We were at the hearing with other friends as well. These friends have been fighting this for over two years. They are parents, family, friends, attorneys, doctors, experts, and other activists. Parents with adult autistic children spoke to the panel as well. These parents have spent decades watching their children suffer as they refill endless bottles of dangerous pharmaceutical medications. They explained that from all of their research and everything they have seen, they believe that cannabis will work. They want to try it. Parents like Dwight Zahringer have seen that other children using cannabis are not only experiencing changes in behavior and sleep patterns, but are also becoming verbal for the first time. Like every parent, these are things that he wants deeply for his own son, who is mostly non-verbal at the age of three. The original petitioner Lisa Smith’s son Noah, who has been non-verbal his whole life, has just recently started talking at the age of six because of cannabis. Parents caring for children with an autism diagnosis shouldn’t have to wait another day to try a proven safe and effective medicine that is non-toxic and has never caused a death. This is especially true when it’s helping so many people already.

Mike Zimmer denied the petition despite the panel’s recommendation to add it to the qualifying list of conditions.

The panel is specifically designated by LARA to make the decisions regarding new conditions that should qualify for protection under the MMMA. They reviewed over seventy-five peer-reviewed articles with over eight hundred pages of scientific information relating to the paediatric use of cannabis for autism. Parents should be able to choose this medicine for their autistic children. Adults who are suffering should be able to qualify as well. But instead of passing this decision through so that families can finally find relief, healing, and new positive experiences, Mike Zimmer denied it. From the decision:

“This lack of scientific evidence is concerning … the petition fails to acknowledge the direct impact on children… .”

And Lt. Governor Brian Calley, who has an autistic child of his own, weighed in by saying “there are neither sufficient studies nor scientific trials demonstrating its clinical impact to justify approval at this time.”

Maybe what these guys need is over eight hundred pages of information on the dangers of using anti-psychotics, anti-depressants, anti-insomnia, and anti-anxiety medications on children just to help them cope or to control dangerous behaviors.

Zimmer writes that children with autism “without associated seizure disorders” are already eligible under the language of the MMMA. He implies that if there are no seizures, then the autism is not severe, with no clear definition for what severe autism is.

Let’s help him with that: autism is a word with six letters. That’s it. But children with an autism diagnosis, whether it is considered severe or not, have to see doctors to get that diagnosis. And there are reasons for seeing the doctors. Parents can’t just walk into a dispensary and get an autism diagnosis and a medical card. Children with these conditions have a neurologist and sometimes many other doctors that they see regularly to monitor their growth, behaviors, and intelligence. It feels like what Mike Zimmer is really saying is that he doesn’t trust the many compassionate doctors, attorneys, parents, experts, social workers and other professionals who work in this field. These are the people who spend time with autistic children and their families. They support this petition. Yet, he feels he has the right to make this decision for all of us.

He does not have that right.

This guy is the head of LARA, the agency that licenses these physicians, and he relies upon the argument that the doctors that we license can’t be trusted and will abuse the system. To follow his logic, his licensed physicians will treat autistic patients who they are not qualified to treat … The solution is that he can regulate this through the physicians and lay down rules and regulations. Instead he shuts it down.

None of this matters, of course. Every child with an autism diagnosis will benefit from using cannabis. This is clearly outlined in all of the peer-reviewed information that was included with the petition even aside from the hundreds, if not thousands, of miraculous stories from all across the country. These are stories of autism impairment being reversed, sometimes seemingly overnight, just from using low doses of cannabis oil or other forms of cannabis. Let’s make sure these people have all the information they need to make this right for us!

THIS IS A CALL FOR ACTION!

California and D.C parents can already treat their children with cannabis for autism. This fight has been going on in Michigan for long enough now that a lot of people far and away are paying attention. When autism is added to the list of qualifying conditions in Michigan, our children will literally become the long-term studies that Mike Zimmer and other opponents of the petition claim that we need to have first.

Please take a few minutes out of your day and call LARA and the Governor’s office, or send out some emails or faxes. It really does mean a lot to everyone who works hard on this. It could make a huge difference in the outcome and aftermath of Zimmer’s final determination letter, which is included in the article. If you have any creative ideas or information that you feel could help, please tell us about it. Some websites that you can contact are listed below. If you have a success story you want to share, feel free to share in the comments below as well. This might be a game to these politicians and profiteers, but these are our lives! We deserve to create them ourselves!

Here is the contact information for Mike Zimmer, Brian Calley, and the Governor’s Office. Please help these guys understand!

This is a link to “The Endocannabinoid System as it Relates to Autism” – Joe Stone; Christian Bogner, M.D. Its references list the peer-reviewed scientific articles relating to cannabis in the treatment of autism that were included in the petition to add autism to the list of qualifying conditions to use cannabis in Michigan:

He does not have the right to put a time limit on the lives of people or to force parents to separate siblings from each other when they can grow up together as friends, happily and peacefully. He doesn’t have the right to choose the number of children that are allowed to thrive and succeed in this world. In his Final Determination letter, he even makes it a point to rebut the claims that adding autism would cause a minimal increase in participation among minors.