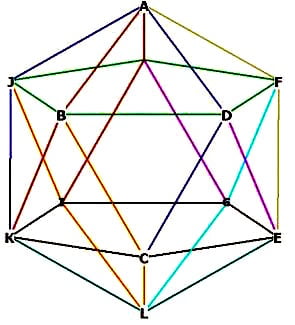 I will present here a very effective protocol that i have created to support all of the Light Forces in the process of the implants removal, i have created it using my intuition, rational mind, knowledge and connection with my soul combined.

It is important to specify that by doing this protocol/visualization once, the implants will not be removed but by doing it regurarly, we will greatly support the current Light Forces operations aimed at removing those implants permanently. It is also important to specify that we are talking here about etheric/plasmatic implants and not physical ones; as Cobra explained in one of his first posts back in June 2012, physical implants are not an issue anymore:

“There were also physical implants. The physical implants were very popular in Atlantis but were discontinued after the fall of Atlantis happened. There was an attempt to reintroduce physical implants after the World War II with physical biochips that were put into the vast majority of human beings through vaccination programs. This is the main reason why WHO has made vaccination mandatory. Physical biochips reinforced other programming but were successfully completely erased from the human population about two years ago with a special technology that could be operated from a distance, developed by the Resistance Movement. Therefore fears about NWO planning to microchip human population are not based on reality since the population has already been microchipped and those same biochips have also been removed without anybody really noticing.”

Before presenting this protocol, i also suggest you to read this other old Cobra post where he explains about the implants and how they work:

I’m also adding some more information about implants that Cobra released recently in the Breakthrough Conference in Naples that are not present in the article above. For example, he mentioned about a fourth implant located behind the neck connected to the spine.

Implant behind the neck: not everybody has this implant but a vast portion of the human population has it; it is responsible for triggering fears and especially the fear of survival.

Two implants on the forehead: all human population have those; those mess up with the thinking and decision-making processes.

Implant on the solar plexus: all human population has it; it is located two or three fingers above the navel. It interferes with the kundalini and sexual energy

Visualize to hold in your hand 2 golden light chopsticks; then visualize a solid geometric structure, like the one below for example :

This structure is an electro-magnetic chamber with the purpose of protecting the implant, so we now intervene on the nodes of it ( A, B, C etc.) by unknoting them with our chopsticks, destructuring the chamber and making it collapse. Once the implant, which is a micro black hole, will be unprotected, we will visualize white bright Light coming from the Source hitting the implant till it vanishes.

I work on each implant independently, once the first implant vanishes i move to the next geometric structure. I suggest to start from the one behind the neck, then the two on the forehead and finally the one of the solar plexus.

Victory of the Light,