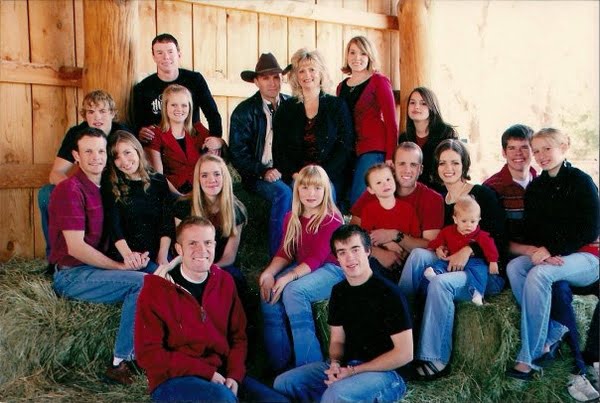 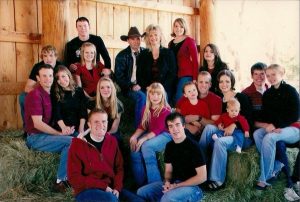 https://www.youtube.com/watch?v=kqUQi6-_2aQ
I offer my condolences to the Finicum Family and Friends.

We know that there are always at least two sides to every story. We also know and recognize that the FBI and law enforcement agencies involved will do everything in their power to make it appear as if the needless death of our husband, father, grandfather, brother and son, LaVoy Finicum, was justified.
Like almost everyone else, we were not there, so we don’t know exactly what happened. Like most others, we have no choice but to rely on other sources of information. One of those sources of information is the account of Victoria
Sharp. Another piece of information is the video recently released by the FBI, along with the FBI’s chosen narrative of what happened. In response to this information, we would like to make a few observations.
The first observation is that from what we understand, the occupation was on track toward a peaceful resolution. LaVoy and those he was with were en route to a public meeting in an adjoining county when they were stopped in something far different than a “routine traffic stop,” as has been portrayed by the media. Unfortunately, the powers that be were not interested in being patient enough for the occupation to come to a peaceful end. Some had called for LaVoy and those he was with to simply be gunned down, just as he was, with no due process. Oregon Governor, Kate Brown, was putting pressure on the FBI to end it sooner rather than later. The Harney County Sheriff’s Department working in conjunction with the FBI tried to do everything they could to emphasize how disruptive the occupation was to the local community, when in reality it appears to have been their own reaction that was causing most of the disruption. And it was the FBI that chose to escalate the situation to force a confrontation, and violent ending.
With respect to the actual facts and circumstances surrounding LaVoy’s death, the video really speaks for itself. People will interpret it according to their own views. As the FBI’s own narrative stated, LaVoy was not wielding a firearm or any other weapon when he was killed. His hands were obviously in the air. Knowing LaVoy, it is our view that he was moving away from the vehicle in an attempt to draw any hostility or violence away from the others. Unfortunately, we don’t know what he was saying, and what was being said to him. He appears to have been gesturing, or trying to keep his balance while moving in the deep snow. Although he may have been animated, he does not appear to have been threatening or posing any real threat or danger to anyone. The FBI claims that LaVoy had a loaded firearm in an inside pocket of his coat. After re- reviewing the extended video, at this point we are not accepting at face value the FBI’s statement that LaVoy was actually armed. But even if he was, as far as we can see, that firearm posed no more danger to anyone than it would have if he had stayed in the vehicle, with his hands on the steering wheel. Contrary to what has been stated by
some sources, LaVoy was not “charging” anyone. He appears to have been shot in the back, with his hands in the air.
It is our understanding that according to applicable law, the use of deadly force is justified only if there is a genuine threat of death or serious bodily injury. It is our understanding and position that deadly force should only be used as a last resort. In LaVoy’s case it appears that they were determined to go straight to the last resort. It is our understanding that the U.S. Supreme Court and Ninth Circuit Court of appeals have ruled as follows:
“The reasonableness of [officers’] actions depends both on whether the officers were in danger at the precise moment that they used force and on whether [the officers’] own reckless or deliberate conduct during the seizure unreasonably created the need to use such force.”
“[W]here an officer intentionally or recklessly provokes a violent confrontation . . . he may be held liable for his otherwise defensive use of deadly force.” Although officers may claim self-defense, they may still be liable for using excessive force if their reckless and unconstitutional actions create the need to use excessive force.
It is our understanding that in addition to shooting LaVoy multiple times, after he was left lying harmlessly on the ground the officers also fired upon his truck and the passengers in it, putting them all at risk, despite the fact that they were posing no threat to
anyone. The video clearly shows one of the windows being blown out. It has been gut- wrenching for our family to view the video of LaVoy being shot, and then left to lie in the snow while a whole army of so-called “public servants” terrorized the others. We can only hope their families never have to watch such a thing. We will be interested to inspect the vehicle. We will also be interested to see the autopsy report.

To continue hearing entire message ~ listen to video message above:

Comment from James Gilliland when he reposted this message is

“Before Jumping to conclusions do the research. Know the facts and the real reasons behind the standoff.” ~ Original Below

PS: I just found this last minute update from James Gilliland re this whole situation:

Links Being Locked Out in Damage Control

“Many links concerning the Oregon Standoff are being locked down in order to keep anything other than the controlled lamestream medias spin on current events. I have also seen attempts to destroy the character of the people involved. This will shed a light on who was basically asasinated in what they call a routine pull over or traffic stop? There was nothing routine about it. There were road blocks, multiple vehicles, snipers, helicopters, need I go on?”

The link that James provided was the one here in this ‘Family Message’ so it was a second reminder from him.