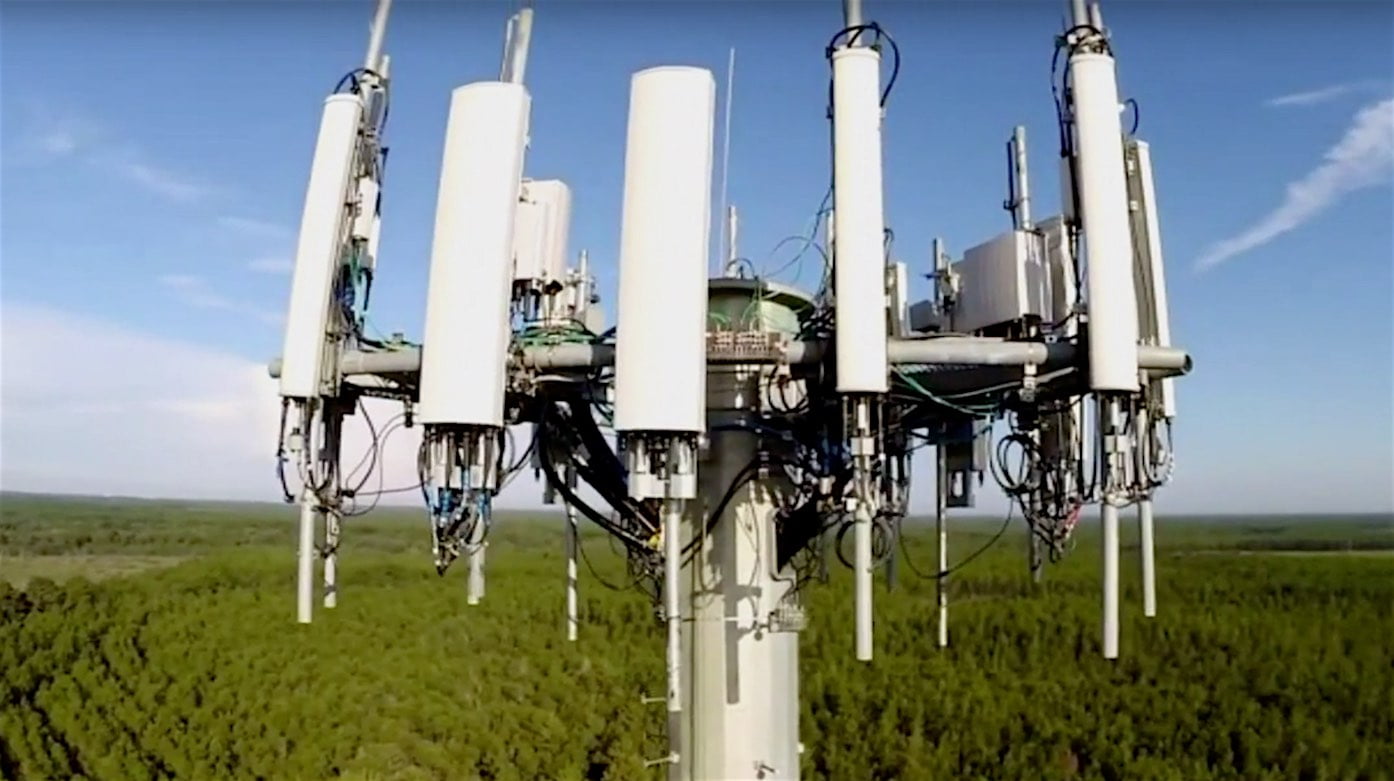 Why do these Cell towers require multiple 300,000 watt electric cables? What are they capable of doing?

I’m not crazy about the language that this guy uses but I do find the information that he shares here to be worthy of your consideration. It’s hyper-paranoid to the point of being humorous, yet the facts are correct.

He gets into the meat of the matter by explaining that a communications satellite uses 2,400 watts of power (about the same as used by 2 hair dryers). A microwave oven uses 1,000 watts (1 kilowatt) of energy. The satellite gets the energy from solar panels and the microwave gets it from your electric utility (the electrical power grid).

A microwave oven’s internal magnetron, which is virtually the same as that of a radar- or cellphone tower, transforms that electrical energy into microwaves. The magnetron inside a microwave oven an be easily adapted into a very lethal ray gun – which is demonstrated, quite impressively, here, I might add.

Then, he shows us the cables leading into a typical cellphone tower, which he describes as “A giant microwave oven on a stick,” capable of releasing 3,000,000 watts (3 megawatts) of output power to the tower’s magnetron – or even more megawatts, if there is an amplifier at the top.

To put this into perspective, one (1) watt from your cellphone can go 25 miles to the nearest cellphone tower, to relay your call’s signal to the person on the other end of the line. The US Federal Communications Commission (FCC) limits the amount of energy that a cellphone tower can release to 400 watts.

These megawatts of extra power are NOT for data transfer – nothing close to that amount of energy is required for data transfer – which is an important point, because this suggests to him that cellphone towers are easily capable of being switched to Weaponized Mode.

That cellphone towers are wired with the capability to release millions of watts of microwave radiation makes them veritable of “towers of death”, the perfect weapons against an “invasion” – or the mega-slaughter of the domestic population.

Virtually all towns, all over the world have the amount of towers necessary to fry the populations in their vicinity. All that needs to happen is for an Artificial Intelligence program from Google – or an action by “The real people who brought us 9/11” – or if whoever we elect “…turns out to be so crazy, batsh-t evil, that they could fake a reason to turn on the ‘Last Line of Defense,’ the ‘Anti-Foreign Invasion’, ‘Anti-Zombie Apocalypse Network’…to cook the entire population within the city limits within an hour, in the middle of the night,” with robot armies to mop up the people living in the countryside…”All these contingencies are out there, ladies and gentlemen…”

Why? The clip’s creator believes that whoever is behind this wants to exterminate the majority of humans, in order to have the Earth all to themselves, in the incredibly shallow belief that they can upload their minds into robotic avatars and live in a Virtual Reality “Matrix”, happily ever after – forever, in a post-human future.

He says our only defense is to stop them, now from creating this technology and from creating Borg armies or clone armies, etc. because as soon as they’ve succeeded in obtaining these, they will proceed with our extermination. This technology is about a decade away and its owned by people who are not our friends; people who control the food supply, our water supply, our air supply – and he says their endgame is the death of humanity.