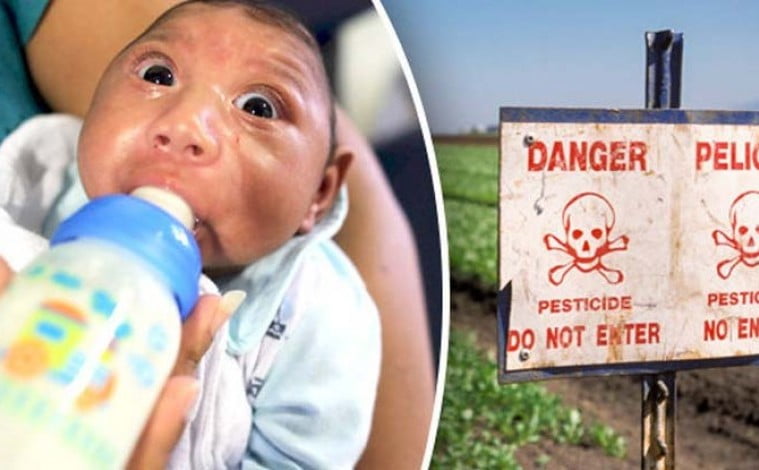 February 16, 2016 by Arjun Walia.
Has the world become accustomed to massive, dangerous, and possibly deadly outbreaks of terrible diseases? It certainly seems that way, as every year brings with it it a new pandemic that strikes fear into the hearts of many. The H1N1 virus is one example, Ebola is another, and now we have what’s known as the ‘Zika Virus.’  Not long ago, the World Health Organization (WHO) made the announcement declaring the Zika virus to be a global health emergency, without providing much detail about the disease.

The Zika virus, a sexually-transmitted infection, has been around for approximately 70 years, and is marketed by two companies. We have known about it since at least 1947, when researchers from the Rockefeller Foundation discovered a monkey that became the first known carrier of the virus. You can read more about the two companies that market the virus, and view the Rockefeller patent in an article we published earlier, here.

Are we being told everything about the Zika virus? Are there other factors to consider about the virus that mainstream media has not really touched upon? Is the Zika virus just another outbreak propaganda machine to justify the mass use of vaccines and chemical remediation? It’s possible. The condition which causes babies to be born with unusually small heads is said to have gone from an average of approximately 150 cases annually to more than 5,000 in just four months.

Yet, as Dr. Mercola reports, the Brazilian government actually admitted that their “overly generous parameters resulted in dramatic over-reporting of the rare condition  public health officials have associated with the Zika virus, which has been dubbed by the media as the ‘shrunken head’ virus.” Is this association a false positive?

As reported by the New York Times:

Of the cases examined so far, 404 have been confirmed as having microcephaly, Only 17 percent of them tested positive for the Zika virus. . . .

Another 709 babies have been ruled out as having microcephaly, according to the government, underscoring the risks of false positives making the epidemic appear larger than it actually is.

The remaining 3,670 cases are still being investigated.

The article also noted that there is actually very little scientific evidence tying the Zika virus to microcephaly. According to one of the companies that markets the virus, which they sell for about $500, the virus causes paralysis and death in animals. In humans, a Zika infection causes flu-like symptoms. There really doesn’t seem to be much scientific evidence tying the Virus to birth defects. While this of course does not rule out the possibility, it does lead one to wonder if perhaps we are missing something important here.

Where Does Monsanto Come In?

The truth of the matter is, scientifically speaking, there could be multiple causes for the rise in microcephaly in these areas of Brazil, besides the Zika-carrying mosquitoes.

On a side note, we also published an article discussing the genetically modified mosquitoes that have been released in these areas; you can read that here.

One of these potential causes could be pesticides, especially given that this ‘outbreak’ is happening in a poverty-stricken area that has been and continues to use large amounts of banned pesticides.

Given this factor alone, along with other widespread nutritional deficiencies, a framework for negative health outcomes among newborn infants in this area has already been established. It’s no secret that environmental pollution and toxic pesticide exposure have been linked to a wide variety of adverse health outcomes, including birth defects. When you think about all of these factors, an increase in microcephaly seems almost inevitable:

Children today are sicker than they were a generation ago. From childhood cancers to autism, birth defects and asthma, a wide range of childhood diseases and disorders are on the rise. Our assessment of the latest science leaves little room for doubt; pesticides are one key driver of this sobering trend.

Aside from the major health concerns posed by pesticide use, vitamin A and zinc deficiencies are also becoming epidemical in Brazil.

There is also the teratogenic larvicide that has been being added to drinking water in affected areas to consider. According to a report that was done by a number of Argentinian physicians belonging to an organization called “Physicians In The Crop Sprayed Towns,” the Zika virus might not be responsible for all of these microcephaly cases. It’s reported that for approximately two years, pyroproxyfen has been being added into the drinking water in the infected area of Brazil. The chemical is manufactured by Sumitomo Chemical, a Japanese subsidiary of Monsanto, and is used to eradicate mosquitoes, causing malformations amongst these insects.

The PCST reports that malformations detected in thousands of children from pregnant women living in areas where the Brazilian state added Pyroproxyfen to drinking water are not a coincidence, even though the Ministry of Health places a direct blame on the Zika virus for this damage. These physicians are emphasizing that this mosquito-killing chemical which has been added to the drinking water is an endocrine disruptor as well as teratogenic, which means it causes birth defects. The organization has also pointed out that the Zika virus has never been associated with birth defects, even in areas where up to 75 percent of the population has been infected. According to the report:

Malformations detected in thousands of children from pregnant women living in areas where the Brazilian state added pyriproxyfen to drinking water is not a coincidence, even though the Ministry of Health places direct blame on Zika virus for this damage, while trying to ignore its responsibility and ruling out the hypothesis of direct and cumulative chemical damage caused by years of endocrine and immunological disruption of the affected population. (source)

I cannot stress enough that these pesticides have been conclusively linked to birth defects by many. For example, a paper published in the journal Pediatrics found that prenatal exposure to some of the pesticides sprayed on our food could impair the anthropometric development of the fetus, reducing the birth weight, length, and head circumference. (source)

The pesticide Atrazine also appears to be a viable culprit. According to research25 published in 2011, small head circumference was listed as a side effect of prenatal Atrazine exposure. (source)

Canadian research has also identified the presence of pesticides associated with genetically modified foods in maternal, fetal, and non-pregnant women’s blood. They also found the presence of Monsanto’s Bt toxin. The study was published in the journal Reproductive Toxicology in 2011. (source)

The study concluded that, apart from pesticides, Monsanto’s Bt toxins are clearly detectable and appear to cross the placenta to the fetus. The study pointed out that the fetus is  highly susceptible to the adverse affects of xenobiotics (foreign chemical substances found within an organism that are not naturally produced). This is why the study emphasized knowing more about GMOs is crucial, because environmental agents could disrupt the biological events that are required to ensure normal growth and development.

Earth Open Source put together a comprehensive review of existing data which shows how European regulators have known that Monsanto’s glyphosate causes a number of birth malformations since at least 2002. Regulators misled the public about glyphosate’s safety, and in Germany the Federal Office for Consumer Protection and Food Safety even told the European Commission outright that there was no evidence to suggest that glyphosate causes birth defects.

The report was headed by Dr. M. Antoniou of the Head Gene Expression and Therapy Group in the Department of Medical and Molecular Genetics at King’s College London School of Medicine, UK. Dr. Antoniou was joined by 6 other doctors who have a similar CV. The report provides a comprehensive review of the peer-reviewed scientific literature documenting the serious health hazards posed by glyphosate and Roundup herbicide formulations. You can read the entire document here.

Our examination of the evidence leads us to the conclusion that the current approval of glyphosate and Roundup is deeply flawed and unreliable. In this report, we examine the industry studies and regulatory documents that led to the approval of glyphosate. We show that industry and regulators knew as long ago as the 1980s and 1990s that glyphosate causes malformation – but that this information was not made public. We demonstrate how EU regulators reasoned their way from clear evidence of glyphosate’s teratogenicity in industry’s own studies to a conclusion that minimized these findings in the EU Commission’s final review report.

What’s even more concerning is the prevalence of industry fraud in relation to pesticides. A study published in the journal Biomedical Research International shows that Roundup herbicide is 125 times more toxic than its active ingredient glyphosate studied in isolation:

Pesticides are used throughout the world as mixtures called formulations. They contain adjuvants, which are often kept confidential and are called inerts by the manufacturing companies. (source)

The list of concerns is long, as is the list of pesticides which have the potential to disrupt fetal development.  This is why some experts are questioning the purported link between Zika and microcephaly. They know, for example, that aerial spraying of neonicotnoids causes skeletal malformation as well.

With this emergency declaration comes a host of massive profiteering for the drug and vaccine companies. For example, the Indian company Bharat Biotech began working on two Zika vaccines in November of 2014, prior to the outbreak. This company also received $50 million from the Bill and Melinda Gates Foundation to do so.  (source)

THE SEQUEL TO THE FALL OF THE CABAL – PART 18