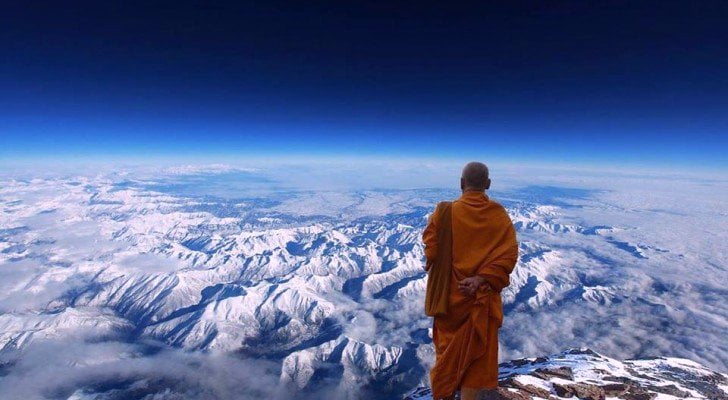 It’s fascinating to consider just how many ancient teachings tell us that humans have the capacity to gain extraordinary powers through various techniques. Some of these techniques, known as siddhis in the yoga tradition (from the Sanskrit, meaning “perfection”), include meditation, static dancing, drumming, praying, fasting, psychedelics, and more.

In Buddhism, for example, the existence of advanced powers is readily acknowledged; in fact, Buddha expected his disciples to be able to attain these abilities, but also to not become distracted by them.

A Professor of Buddhist and Tibetan Studies at the University of Michigan, Donald Lopez Jr., describes the many abilities ascribed to Buddha:

With this enlightenment, he was believed to possess all manner of supernormal powers, including full knowledge of each of his own past lives and those of other beings, the ability to know others’ thoughts, the ability to create doubles of himself, the ability to rise into the air and simultaneously shoot fire and water from his body. . . . Although he passed into nirvana at the age of eighty-one, he could have lived “for an aeon or until the end of the aeon” if only he had been asked to do so. (source)

Again, there are numerous historical anecdotes of people with, as the Institute of Noetic Sciences calls them, ‘extended human capacities.” Since this article is focused on Buddhist monks, here is another example from the lore as written by Swami Rama in Living with the Himalayan Masters:

I had never before seen a man who could sit still without blinking his eyelids for eight to ten hours, but this adept was very unusual. He levitated two and a half feet during his meditations. We measured this with a string, which was later measured by a foot rule. I would like to make it clear, though, as I have already told you, that I don’t consider levitation to be a spiritual practice. It is an advanced practice of pranayama with application of bandeaus (locks). One who knows about the relationship between mass and weight understands that it is possible to levitate, but only after long practice. . .

He (also) had the power to transform matter into different forms, like changing a rock into a sugar cube. One after another the next morning he did many such things. He told me to touch the sand – and the grains of sand turned into almonds and cashews. I had heard of this science before and knew its basic principles, but I had hardly believed such stories. I did not explore this field, but I am fully acquainted with the governing laws of science. (source)

A lot of these stories exist within the literature and lore, but they are just stories, up to the readers to decide if they hold any actually credibility. Of course, one who subscribes to various ancient teachings would be more inclined to believe that these are more than just stories and tales. With science shedding light on the possible truths of ancient mysticism, it’s not implausible to think that, at one time, these abilities were more common knowledge.

Today, there have been a number of studies within the realms of parapsychology that have yielded statistically significant results, especially when examining the findings that’ve come from quantum physics. This is why Max Planck, the theoretical physicist who originated quantum theory, stated that he “regards consciousness as fundamental” and that he regarded “matter as derivative from consciousness.” He also wrote that “we cannot get behind consciousness” and that “everything that we talk about, everything that we regard as existing postulates consciousness.” And the Dalai Lama has supported this viewpoint:

Broadly speaking, although there are some differences, I think Buddhist philosophy and Quantum Mechanics can shake hands on their view of the world. We can see in these great examples the fruits of human thinking. Regardless of the admiration we feel for these great thinkers, we should not lose sight of the fact that they were human beings just as we are. (source)

A fundamental conclusion of the new physics also acknowledges that the observer creates the reality. As observers, we are personally involved with the creation of our own reality. Physicists are being forced to admit that the universe is a “mental” construction. Pioneering physicist Sir James Jeans wrote: “The stream of knowledge is heading toward a non-mechanical reality; the universe begins to look more like a great thought than like a great machine. Mind no longer appears to be an accidental intruder into the realm of matter, we ought rather hail it as the creator and governor of the realm of matter. Get over it, and accept the inarguable conclusion. The universe is immaterial-mental and spiritual. (source)

For a selected list of downloadable peer-reviewed journal articles reporting studies of psychic phenomena, mostly published in the 21st century, you can click HERE.

Harvard And The Himalayan Monks

During a visit to remote monasteries in the 1980s, Harvard Professor of Medicine Herbert Benson and his team of researchers studied monks living in the Himalayan Mountains who could, by g Tum-mo (a yoga technique), raise the temperatures of their fingers and toes by as much as 17 degrees. It is still unknown how the monks are able to generate such heat. (source)

And it doesn’t stop there — the researchers also studied advanced meditators in Sikkim, India, where they were astonished to find that these monks could lower their metabolism by 64 percent.(source)

In 1985, the Harvard research team made a video of monks drying cold, wet sheets with body heat alone. Monks spending winter nights 15,000 feet high in the Himalayas is also not uncommon.

These are truly remarkable feats, and not the first time science has examined humans who can do extraordinary things. We published an article a couple of months ago showing that factors associated with consciousness can influence our autonomic nervous system. You can read more about that in the article linked below, as it is heavily sourced and provides links to several papers that clearly indicate how factors associated with consciousness can influence our biology.

If you’re further interested in this subject, I recommend reading Supernormal: Science, Yoga, and the Evidence for Extraordinary Psychic Abilities by Dr. Dean Radin, Chief Scientist at the Institute of Noetic Sciences.

Another related CE Article that might be of interest: 6 Humans With Real “Superpowers” That Science Can’t Explain