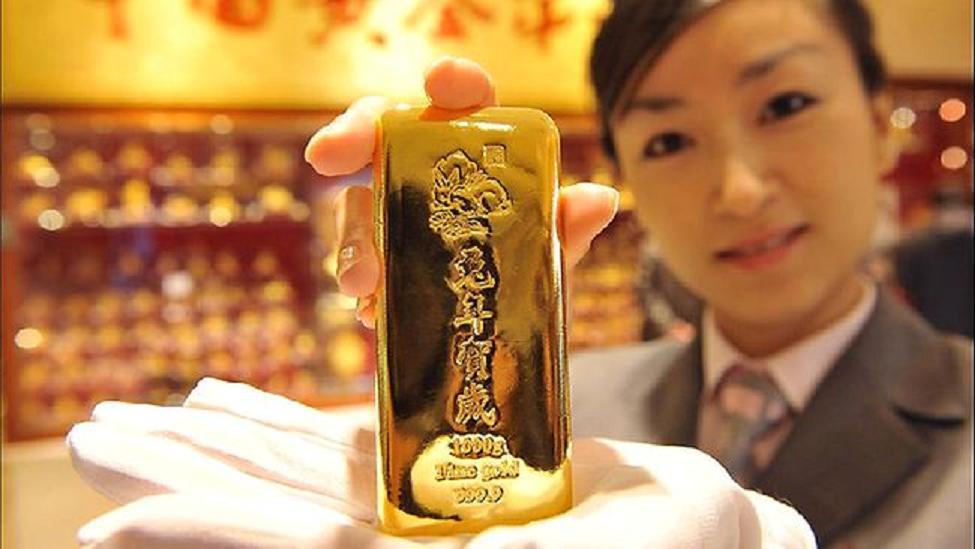 Overnight a historic event took place when China, the world’s top gold consumer, launched a yuan-denominated gold benchmark as had been previewed here previously, in what Reuters dubbed “an ambitious step to exert more control over the pricing of the metal and boost its influence in the global bullion market.” Considering the now officially-confirmed rigging of the gold and silver fix courtesy of last week’s Deutsche Bank settlement, this is hardly bad news and may finally lead to some rigging cartel and central bank-free price discovery. Or it may not, because China would enjoy nothing more than continuing to accumulate gold at lower prices.

China’s gold benchmark is the culmination of efforts by China over the last few years to reform its domestic gold market in a bid to have a bigger say in the bullion industry, long dominated by London where the global spot benchmark price is currently set. As is well known, as the world’s top producer, importer and consumer of gold, China has balked at having to depend on a dollar price in international transactions, and believes its market weight should entitle it to set the price of gold.

The new benchmark may not be an immediate threat to London, but industry players say over time China could set the price of the metal, especially if the yuan become fully convertible.

Cited by Reuters, Pan Gongsheng, deputy governor of the People’s Bank of China which has been disclosing gold purchases every month since last summer, said that “the Shanghai gold benchmark will provide a fair and tradable yuan-denominated gold fix price … will help improve yuan pricing mechanism and promote internationalization of the Chinese gold market.”

The mechanics of the Shanghai fix are comparable to those of London: the benchmark price will be set twice a day based on a few minutes of trading in each session. The London benchmark, quoted in dollars per ounce, is set via a twice-daily auction on an electronic platform with 12 participants.

When discussing the Chinese gold fix previously, World Gold Council CEO Aram Shishmanian said that “it is a stepping stone to a new multi-axis trading market consisting of London, New York and Shanghai and signals the continuing shift in demand from West to East.”

“As the market expands to reflect the growing interest in gold by Chinese consumers, so too will China’s influence increase on the global gold market.”

It may already be working: according to Reuters, one reason for today’s spike in silver is due to “heavy buying of silver in Shanghai, and that has triggered buying in gold as well,” said Ronald Leung, chief dealer at Lee Cheong Gold Dealers in Hong Kong.

Finally, when Chinese capital capital flight into Canadian real estate and offshore tax havens is curbed, we expected that gold could well follow the path of bitcoin, which has doubled since our article presenting it as an attractive alternative to avoiding Chinese capital controls.