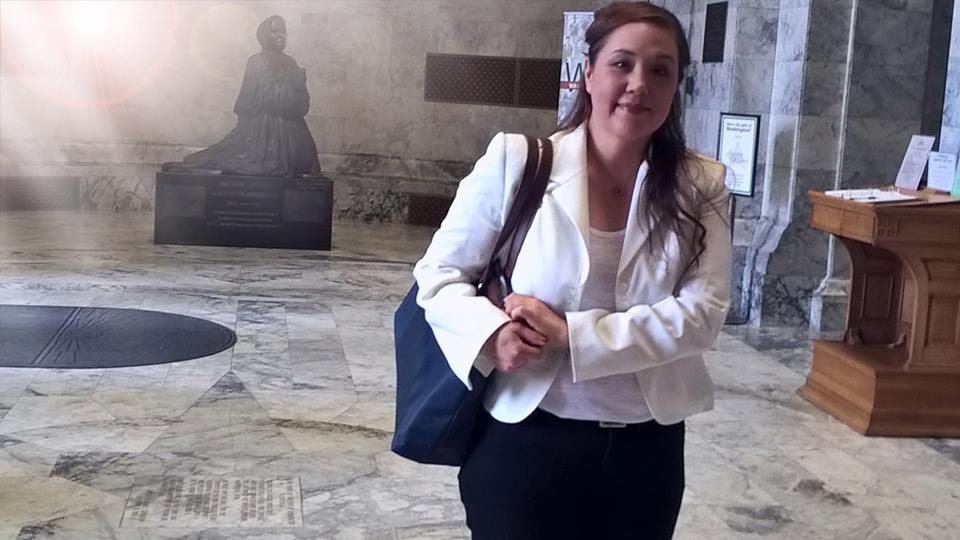 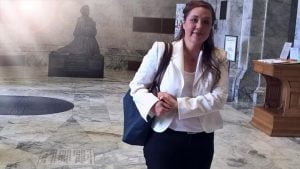 Having a child medically or legally kidnapped by the state is one of the most difficult things that a family could ever experience, as many parents tell us every day. Parents tell us that there is nothing that compares to the despair and hopelessness of being powerless to protect one’s children when Child Protective Services takes over. The system seems designed to break down both parent and child, and some who have fallen prey never recover from the devastation.

Anne Giroux is a mother who has lived through this trauma, and has decided to turn her experiences into something that can help and inspire other families.

Like countless other families, she knows that it can be difficult in such situations to maintain hope. Instead of bringing answers, each new day can further struggles and more hoops to jump through, in the never-ending attempt to prove to social workers, GALs, attorneys, and judges that they really care about their children and are good parents. Parents feel alone. They feel shame. They are beaten down and made to feel worthless.

But they are not worthless. They matter, and their children matter.

Whether the children are ever returned, or whether they are adopted out to someone else, the trauma remains. Parents and children alike often battle symptoms of Post-Traumatic Stress for years after CPS gets out of their lives. They are forever changed. They will carry the scars with them for the rest of their lives.

In this all-too-common scenario, it is easy to lose purpose. It is easy to give up. But that only deepens the despair.

Not too long ago, that was the place where Anne Giroux found herself. Her teenage son was medically kidnapped after doctors accused her of Munchausen syndrome by proxy. Somehow, the allegations went, she was powerful enough to convince experienced surgeons to do open heart surgery on her son. She was accused of somehow causing his heart attack in order to get attention. According to the evidence, it looks more like the allegations against her were more about possibly covering up medical malpractice than about anything that she did.

Was Medical Kidnap in Washington State a Cover-up for Medical Malpractice?

Though their case was eventually dismissed, the false label of Munchausen by proxy stuck with her, hindering her ability to keep her job or to find another one in the same health-related field. Like numerous other parents falsely accused of Munchausen syndrome by proxy, Anne found that people’s perceptions of her changed, even though the state has dismissed the charges against her. That label affects her and her children’s ability to get appropriate healthcare. It has cost Anne Giroux her home and livelihood. 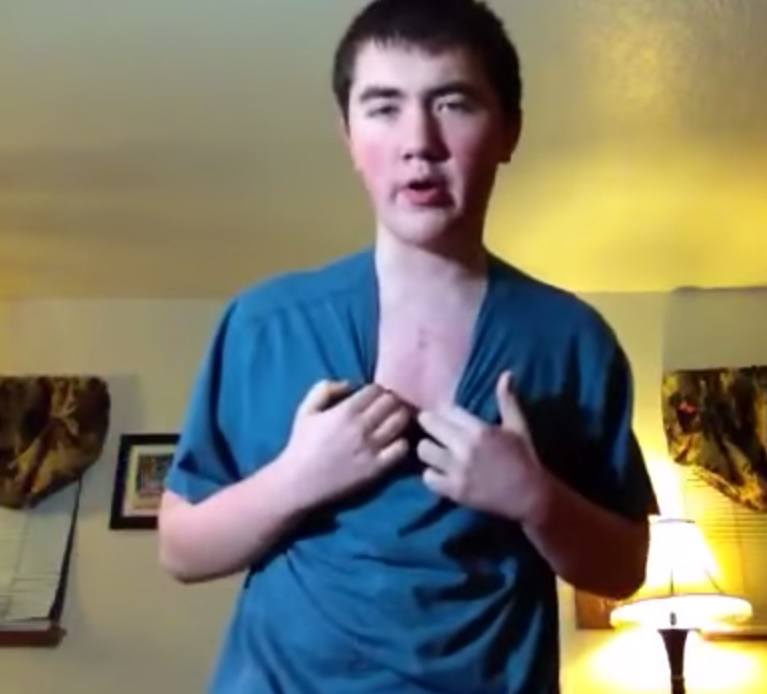 Now, Anne has found a way to turn all of that into something that can help her community. She is running for local office. When she realized that candidates have the ability to have their voices heard as they speak out about their platform, she decided to learn how to run for office. She has taken the bull by the horns and is now an official candidate for Legislative District 28 for the office of State Representative Position 1.

She could have allowed the $475 filing fee to stop her, but Washington State allows potential candidates to collect signatures in lieu of paying the fee – each signature on her petition stood for $1 of the fee. Anne Giroux found that she was quickly able to get many of the needed signatures to reduce the amount that she had to pay. She stood outside of her local Trader Joe’s telling her story and gathering signatures and support.

This young gal needs to be a candidate AND a YouTube story. She has endured so much as a single parent who is up against the “good ole boys club,” which is intent in destroying her to cover-up their misconduct and malpractice. She doesn’t give up in taking on the establishment. Anne is the type of person we want in our legislature!

Anne is certainly an outsider to “politics as usual” and lends a fresh voice to the slate of candidates running for office. She has experienced the corruption of the CPS system and foster care up-close and personally, and has determined that, if she is elected, she will make a difference. She vows to listen to the voice of the people and promises to “protect individual rights as governments are required to do under Article 1, Section 1 of the Washington State Constitution:”

All political power is inherent in the people, and governments derive their just powers from the consent of the governed, and are established to protect and maintain individual rights. 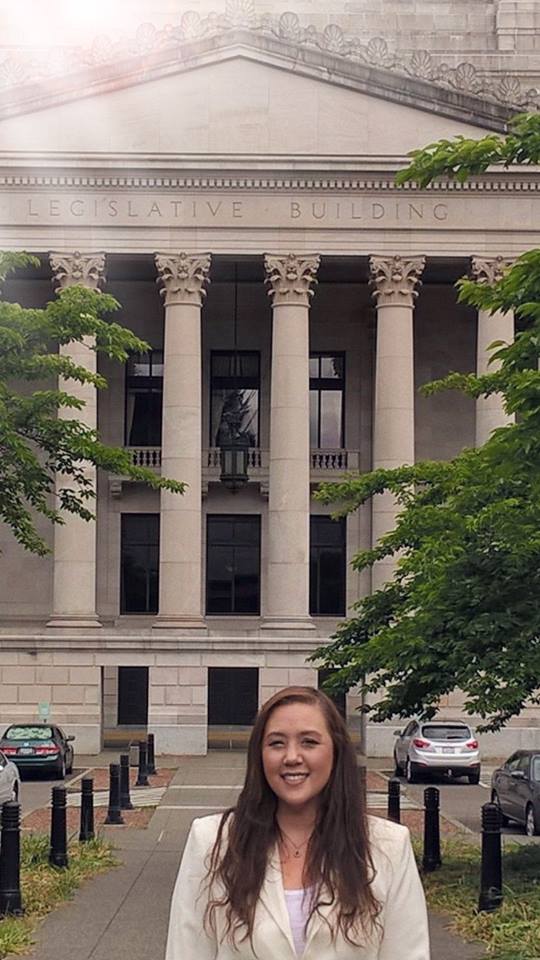 Anne Giroux in front of the Legislative Building, Olympia, Washington – taking her message to the people. Source: Anne Giroux.

Like most of the parents whose stories are covered by Medical Kidnap, Anne Giroux has seen firsthand the devastation that unchecked political power can have. She understands that innocent parents can be victimized by the system, and innocent children with loving parents can be used as pawns by those in power. And she has decided that she is going to fight back.

Anne will have the opportunity to communicate her message to the public in a candidate forum on June 9, 2016, at 6pm in which about half of the questions will come from the audience. Questions will also come from social media, and the forum is to be live-tweeted. The location is to be announced.

I have filled for public office and it is my duty to show my community my heartfelt willingness to assume many roles true to heart, responsibly and with the intent to be a positive inspiring influence and not control. I would like to take the series of unfortunate events experienced and convert them into transitional skills that would make me more successful in addressing many issues with caring action, such as an audit and reform in CPS DSHS , Family Law, and begin to address issues surrounding the false allegations of Munchausen By Proxy Syndrome because countless children have been wrongfully and forcibly taken away from their families ruining lives and all of this can also help pave a way for other necessary improvements for community and all. I may not win the election but my honest valid attempt to try is a win in my heart.

If I can inspire others to want to covert negative to positive by becoming more involved within their own community then that too is a win for us all. May the highest good come!

We congratulate Anne Giroux for taking this bold step in using the things she has learned through hardship and pain for the greater good of serving her community. She inspires us.

Support the cause of Medical Kidnapping by purchasing our new book!

If you know people who are skeptical and cannot believe that medical kidnapping happens in the U.S. today, this is the book for them! Backed with solid references and real life examples, they will not be able to deny the plain evidence before them, and will become better educated on this topic that is destroying the American family.