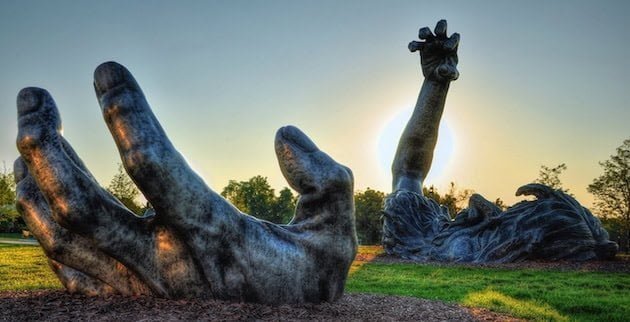 We are living in truly extraordinary times. The veil of secrecy is being lifted like never before in history. In this time of awakening, humankind is drawing back the mask and emerging as a truly special species.

In a very small amount of time, but particularly in the past few years, more people than ever have broken free from the matrix-paradigm of religion and dogma into a new one based on free-thought and unity.

Interest in alternative medicine, media and expanded worldview has completely exploded since the 2012/2013 period of the end of the Mayan calendar and the beginning of the Snowden revelations. Both of these events and more have served as spiritual and intellectual alarm clocks for many people on the planet.

The emergence of more intriguing and intrusive technologies has also served to spark the big questions for people. Who are we? Why are we here? What is reality anyway, and why is it that about 8 billion of us have been placed here on this planet at this time?

The answer to that question varies depending on your particular belief system, but one thing is certain:we’re here to make things right for the future.

However, certain power interests have a different idea.

It’s hard for the average, good-willed person to imagine how someone might behave when given such power and privilege over the rest of the population. They say that power corrupts, and in the eyes of the global elite the goal is power and power alone.

If you take a look at the history of ‘power-men’ and women, you will find an alarming amount of well-documented information that paints a much more sinister picture than the one created by themainstream media and education system.

One example would be Operation Northwoods, and an early 1960’s Department of Defense (DoD) document outlines the plan for provoking a war with Cuba by implementing terrorist attacks in the form of bombings and false flag attacks on American soil. This tactic of bait-and-switch been used for centuries to coerce the public into supporting wars they wouldn’t otherwise support.

Also note the Gulf of Tonkin incident, of which Secretary of Defense Robert McNamara later admitted never occurred, and the summer of 2013 when Obama tried coercing the public into bombing Syriabased on scant information about a chemical weapons attack that later ended up committed by U.S. funded rebels.

It is important to understand that the elite use many methods to keep world events moving in their favor, and for that reason, here are four of the most insidious ways in which ‘the system’ is keeping us from awakening to the truth.

Propaganda and the control of information is the very cornerstone of any type of totalitarianism. Without control of the narrative, it is very difficult to keep a population subservient to their masters at the top. This is the reason the first amendment of the united states specifically mentions a free press, because, democracy does not work without a free flow of truthful information.

Think of it this way. If a government wants to implement something that ultimately isn’t good for the general public, then they will get backlash if they can’t figure out a way to convince them it will be good for them. You can see this most clearly in the endless ways we’re being coerced into war, but this comes up in all areas of society, particularly with technology, as is noted by recent efforts ofthe media to promote micro-chipping technology for children.

For this reason, the media has been steadily brought under the control of those with an elitist mindset who don’t mind giving up human freedom for their moment in the sun. Below them falls the boot-lickers who are seemingly incapable of free thought; there to promote the ideas of the elite, however obvious it is to them that this is what they are doing.

One of the most common things that people are ‘awake’ to at this time is the chemical and genetic poisoning of our environment and our bodies. Corporations like Monsanto are only the tip of the iceberg when it comes to this area. Many people are still becoming aware of the effects of things like fluoride, which has been proven by multiple Harvard studies as well as longstanding, peer-reviewed medical journals like Lancet, to be a very potent neurotoxin that is dumbing down not only children, but the entirety of the population through the its purposeful addition into the water supply.

“Fluoride seems to fit in with lead, mercury, and other poisons that cause chemical brain drain…The effect of each toxicant may seem small, but the combined damage on a population scale can be serious, especially because the brain power of the next generation is crucial to all of us.” –Phillipe Grandjean, Professor of Environmental Health at Harvard University

The list goes on to include MSG, aspartame, poor nutrition, mercury in flu shots, massively high levels of heavy metals like lead in drinking water, and of course GMO’s, which are not only grossly untested for human consumption, but have also been found to change our DNA. As GMO technology becomes more sophisticated it is possible that genetic scientists can intentionally alter human DNA to create a more docile and obedient population with an incredibly tiny perception of the possible.

3. Religious Dogma, Psychology, and The Cult of Scientism

However old, religion is still one of the top ways that our perceptions are being controlled by the elite. For centuries, the greatest ideas that much of the human population believed to exist came from one book called either the Bible or the Quran. However, this belief has morphed in the age of science, now, people believe things just because ‘science says’ it is true. But have you ever thought about what science really is?

Science is a means to an end, a way to get a grasp on our surroundings so that we can better understand the world we are living in. Above that, though, a scientific mind is a mind of discovery and ideas. The problem isn’t “science” itself. The problem comes from the belief that science is a set of conclusions. But science is not a set of conclusions, it is a process – a way to check if something can be experienced more than once, like seeing something out of the corner of your eye and double-taking to find out of if what you saw was really there.

However, in the same way that if you were moving very fast on a train and thought you saw something out of the window before you turned a corner and your chance was gone, you can’t always look back to find out if what you saw was really there on this never-ending train ride we call the human experience. In turn, the gap between what is possible or “true” and what binding conclusions can be drawn by scientists is not necessarily going to come out the same.

One of the best examples is consciousness, or the energetic awareness that drives your body, and the soul. Scientists largely dismiss the existence of the spirit, because it doesn’t exist in the realm of double-blind verifiable info, and therefore, must not be true. However, our clearly conscious experience flies in the face of this belief. Because mainstream scientists won’t acknowledge it, our society is being taken in a direction that doesn’t honor free-will consciousness and important matters of the spirit, instead treating everything as purely material cause-and-effect relationships.

Although most people are unaware, the prospect of social engineering by the elites goes back quite a long way, all the way back to the Frankfurt School and Tavistock Institute where it all began (at least for modern-day populations). For any who are unfamiliar, social engineering is the science of manipulating groups of people through the knowledge of social sciences and psychology.

This is also the basic principle in which data collection companies operate. When you voluntarily or unwittingly give up information, you give up something that can not only be used against you in ways such as blackmail, but you’re giving up potential social engineering data as well.

In 2014, Facebook was found to have been conducting experiments on unwitting users to find out whether or not their moods can be changed by the content they see in their news feeds. They displayed depressing images and posts to find out of that would in turn make people depressed, as measured by the content of their posts and reactions.

Later, that study was found to have been linked to a DoD research project on civil unrest.

“…emotions spread via contagion through a network…We felt that it was important to investigate the common worry that seeing friends post positive content leads to people feeling negative or left out…At the same time, we were concerned that exposure to friends’ negativity might lead people to avoid visiting Facebook. We didn’t clearly state our motivations in the paper.” – Adam Kramer, Social Scientist at Facebook


This is another one of those instances where democracy falls to the dust. As the science becomes more fine-tuned, organizations beyond just Facebook, Twitter, or other social media organizations, such as the NSA or GCHQ could easily add inputs into people’s daily experience to get them to think or behave in a certain way. Without freedom of thought and communication, all other freedoms are in jeopardy.

NSA Whistleblower William Binney has spoken out on the implications of mass surveillance, such as thechilling effect and how the feeling of being watched limits our behavior.

It Is Time To Free Your Mind

In this time of awakening it’s important not to fall into a mindset of victimization. Although it may seem pretty grim when only looking at the negative, there are a whole lot of good things happening at this time as well.