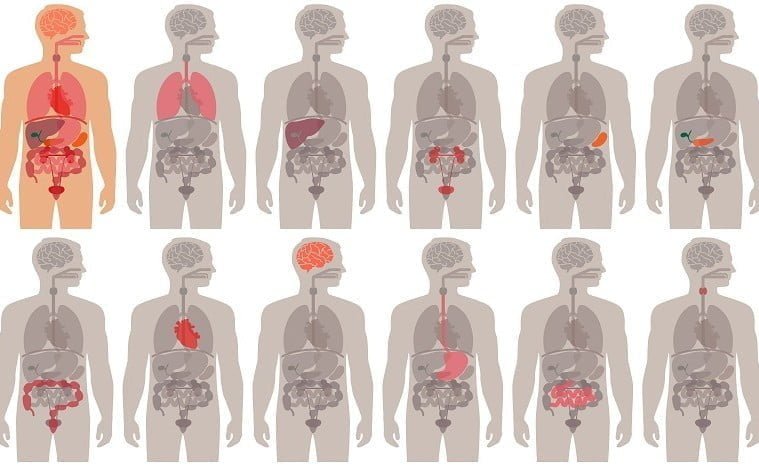 If you’re like me, and you’ve watched more food documentaries than you can count, and you know about some of the health benefits of switching to a meat-free diet, but for some reason you just aren’t quite ready to make the leap, these facts may just give you that extra push. Cutting meat out of your diet can aid in weight loss, provide a boost in energy, reduce your risk of heart disease, and more. You’ll want to check out these amazing benefits if you’re considering going plant-based:

1. YOU’LL REDUCE INFLAMMATION IN YOUR BODY

Meat, cheese and highly processed foods can cause a spike of inflammation in your body within hours of consumption. As a response to animal fat, our arteries are paralyzed and their ability to open is cut in half, and our lungs also become inflamed. This inflammation is an immune response to a perceived threat. Long term effects of continuous inflammation can lead to heart disease, diabetes, autoimmune diseases and even cancer. Plant-based diets are anti-inflammatory in a natural way, because they are abundant in plant fiber and antioxidants, and significantly lower in inflammatory triggers such as saturated fat and endotoxins — toxins released from bacteria commonly found in animal products.

2. YOUR BLOOD CHOLESTEROL LEVELS WILL PLUMMET

3. YOUR CHANCE OF DEVELOPING TYPE 2 DIABETES WILL BE REDUCED

Research shows that following a vegetarian diet can help prevent and manage diabetes. Several studies have found that a higher intake of animal protein is associated with a long-term risk of developing diabetes. Animal fat, animal-based (heme) iron and nitrate preservatives in meat have been found to damage pancreatic cells, worsen inflammation, cause weight gain, and even impair our insulin functions — all which can increase the risk for type 2 diabetes.

The obesity rate in the general public is extremely high, but it is found to be much lower in vegetarians. According to a study in the Journal of the Academy of Nutrition and Dietetics, caloric intake in meat-eaters and vegetarians was similar, but meat-eaters had a much higher rate of obesity. Meat-eaters also had the lowest intake of plant proteins, beta carotene, fiber, magnesium, and the highest intake of heart disease-linked fatty acids. A vegetarian diet low in fat and rich in fresh vegetables, fruits and whole grains may lead to healthy weight loss.

Animal products are loaded with contaminants such as hormones, herbicides,pesticides and antibiotics, all of which can cause health problems. A high percentage of all the flesh from chickens, turkeys, cows, fish and pigs butchered every year in the U.S. is contaminated with E. Coli, listeria, campylobacter and other dangerous bacteria. Consuming contaminated meat can cause food poisoning, with symptoms ranging from stomach cramps to organ failure and even death. The CDC estimates that each year roughly 1 in 6 Americans (or 48 million people) get sick, 128,000 are hospitalized, and 3,000 of them die of food-borne diseases.  Staying away from meat could help save you from dangerous foodborne viruses, bacteria and parasites, providing that you consume fresh, organic produce.

6. YOU’LL MAKE AN IMPACT ON THE HEALTH OF OUR PLANET

There are many ways that switching to a plant-based diet can have a positive impacton the environment. Raising animals for food currently uses an astounding 30% of the Earth’s land mass. In the U.S., 70% of the grain grown is fed to farmed animals – food that could be given to people. Nearly 80% of land deforested in the Amazon is now used as cattle pasture, and to produce one pound of animal protein versus one pound of soy protein, it takes about 12 times as much land, 13 times as much fossil fuel, and 15 times as much water! Switching to a diet free of meat, dairy and eggs saves 50% more carbon emissions than driving a Prius. By going vegetarian, you can reduce the impact of climate change and rain forest destruction and pollution, while saving water and other natural resources.

Becoming a vegetarian has many health benefits that may just be worth giving up your typical Thanksgiving turkey, Fourth of July burgers and hot dogs, and Christmas ham. If you’re still deciding whether or not to make the switch, try cutting out meat for a week or two, and see if you feel any different. If you’re fighting meat cravings, there are some amazing vegetarian and vegan recipes out there that you can try! 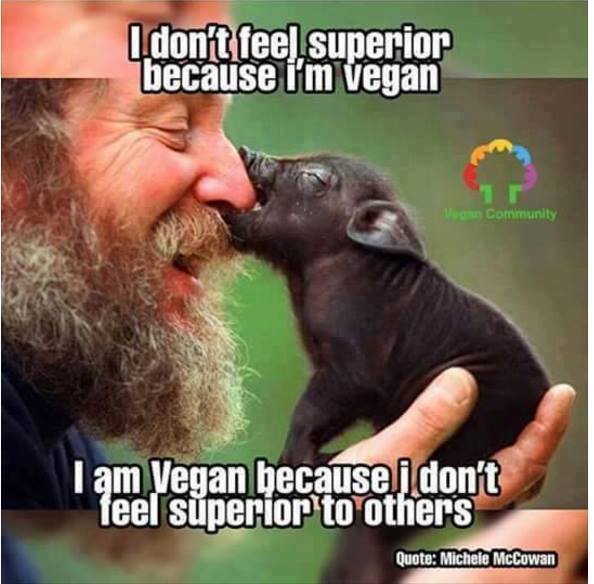