Prepare For Change
Home Leadership Articles What It Would Take 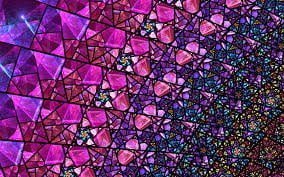 TZ here: I am reposting this ‘conversation’ by Steve Beckow about what will be needed on the other side of the bridge after The Event. Steve questions whether it might be too early for this conversation? I feel that it’s absolutely not too early, on the contrary we need to be ready for change every way we can now. Every time Steve speaks about the ‘Reval’ I simply translate that to The Event. Besides information here from Archangel Michael and others about what is required from the new leaders in every area on Nova Gaia we also learn how three different people were removed from an organization that Steve was involved with and Archangel Michael explains why. I wonder how any so called Lightworker can even imagine that they can be dishonest in any way and not be found out. No-Way!

It may be too soon to have this conversation.

Many of us may just be sitting on the fence about leadership and too much information too soon, or information that’s too challenging, may have us shy away.

But I’m going to risk it.

Serapis Bey, on the last Hour with an Angel, (1) introduced a very masculine perspective on certain features of what lies ahead of us – most importantly, after the Reval.

One notion he introduced – the notion of discipline – has masculine, even macho, overtones to many of us. But Archangel Michael through Ronna Herman tells us that discipline will soon be needed among lightworkers.

“Disciplined, self-directed life tendencies must be developed in order to develop intense mental clarity, along with an integrated personality that is dedicated and directed by the OverSoul /Higher Self.” (2)

Why clarity? Not only for spiritual discernment between the Real and the unreal, whose development is the purpose of physical life.  But also because we stand on the verge of our service as financial wayshowers. Elsewhere he explains the importance of that.

“We don’t want what you would call tools ever again to be put in the wrong hands. So the clarity of those leading the charge with me has need to be 20/20.” (3)

The need to master them will only grow, they said.

“As you have felt, the energies of your month of October were very intense. They will only intensify as you move though the remainder of your ‘time.’

“Hence any thoughts or feelings that cause inner conflict of any form are best pulled into your conscious mind to be displayed as an experience. In fact, in 5D this will occur with your EVERY thought/emotion.

“Hence our leaders are having to totally hone this mastery of energy NOW.” (4)

In 5D, any thought we have will manifest so, there, we need to have control over our thoughts.

I’ve gotten to see Archangel Michael at work. He’s set a high bar of integrity for organizations I’ve been associated with.

Once he warned me that someone in the organization was acting out of integrity; that person soon left.

Another person tried to take the organization over. After warning the person to stop, which they didn’t, and telling them what would happen, he removed them.

Another person tried to blame our organization for an action they had purposely carried out themselves – and lied about. How does anyone think they can hide something like that from an Archangel? You can’t.

His comments on that occasion are worth noting.

“There are many light workers still who say that they are completely committed but to some extent, … they are engaged in drama or [act out of] their own need for profile.” (5)

On another occasion, he told me solemnly: “There can be no falsehood.” (6) He can say that because he sees falsehood plainly.

People who want profile – who, for instance, are claiming to be incarnations of Gaia, Jesus, Michael, etc. – may want to listen to his admonition.  If you really were Gaia, would you be talking about it?

Most genuine incarnations of figures such as these do not talk about it.  They’re here on a mission and identifying themselves at this early date usually only opens them up to ridicule and impedes their mission. They have no need for “profile.”  Ask yourself: Why are you talking about it? Let go of all need for profile.

He’s watching all our performances. The Company of Heaven is plainly stating its expectations of us and then observing how we do.

And why not? In the Plan, as already written, we lightworkers are to lead the way. They have to know who among us can be relied on to remain centered, grounded, and balanced while making large, potentially global decisions.

Referring to financial wayshowers, he confirmed that:

“Those who are in a position of stewardship, of beginning projects that lead the way to the building and the re-creation of what Nova Earth is truly about … [will] become the spokesbeings for many.” (7)

Are we ready to take up the challenge?

If you’ll permit me to expand on what AAM has said here by way of summary: Building on the foundation of the universal laws and the ground level of the divine qualities, we’re to erect the superstructure of Nova Earth.

He asks us to discipline ourselves, to take charge of ourselves, to put ourselves in our own driver’s seat and boldly do what needs to be done.

As financial wayshowers, he cautions us against lying, cheating, chiselling, hoarding, revenging, preening, seeking approval, and all other elements of Third-Dimensional business paradigms, drama, and subterfuge.

He invites us instead to cultivate love, generosity, forgiveness, service and all other aspects of Fifth-Dimensional “naturalness” (sahaja).

He requests that we take up the challenge to work with him, to lead in the building of this new world, this new interdimensional space, a work destined to knit the planet together and allow it to turn its face outward, from inner to outer space.

(2) “Archangel Michael “THE SEARCHLIGHT OF THE SOUL: YOUR TWELVE RAY CREATOR WHEEL” transmitted Through Ronna Herman, LM-11-2015, at http://www.ronnastar.com/messages-aam/messages-aam/958-aam-11-2015.html.

(4) The Arcturians in a personal reading with Steve Beckow, through Suzanne Lie, Nov. 8, 2013.

(5) Archangel Michael in a personal reading with Steve Beckow through Linda Dillon, Sept. 16, 2015.

(7) Archangel Michael in a personal reading with Steve Beckow through Linda Dillon, May 27, 2016.