Prepare For Change
Home Disclosure Why Are These 25 Carcinogens Still Being Sold? 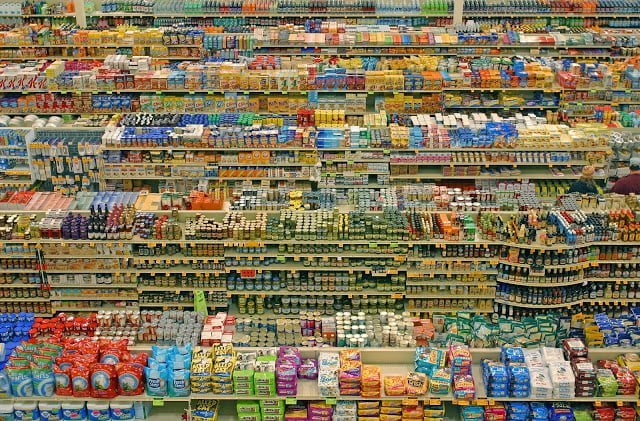 The FDA is a killer organization. So superior are they, and so very post-modern, that it seems they’ve transcended meaning, analysis, and the law of cause and effect.

Given their exalted status, should it really surprise that they’ve not noticed the myriad ways they’ve advanced the march of carcinogens?

After all, it’s not like they run studies, check results, or have some sort of mandate to protect, right?

With this in mind, let’s examine a few of the carcinogens approved, ignored, and/or excused by the FDA; whose motto really ought to be, “move along, there’s nothing to see, here”.

1) Baby Powder. The talc in this powder is linked to ovarian cancer. The FDA’s response? Too much money at stake to investigate. Very nihilistic, FDA! Nietzsche would approve.

Even though said chemicals have been found to cause cancer, disrupt hormones, and presage early puberty. I mean, the FDA is really busy. You can’t expect them to examine everything, can you?

3) Birth control. The estrogen and progesterone within birth control have been found to “lead to cancer”. But since there’s no “smoking gun”, why “rock the boat”?

After all, “the show must go on”. “It’s just business”. And an investigation might just “kill profit margins”. Priorities, folks. Priorities.

4) Fluoride. Harvard scientists have found that boys in their 6th, 7th, and 8th years, are highly susceptible to osteosarcomas related to fluoride.

Add to this the fact that fluoride is a mutagen, which means it alters DNA, and a neurotoxin, and it becomes quite clear the FDA is right to be unconcerned about allowing fluoride in our drinking water. Good job, old sport. Keep earning our trust.

5) Pesticides. Roughly 60% of pesticides lead directly to cancer. But the EPA seems rather bored with this statistic.

Now, there has been “some news lately”, about a “new standard”, that’s “less deadly”. Whatever. It’s the circle of life. We have to put toxins on our crops that will kill us, so that the food we reap can keep us alive till we die. Can’t you people understand this?!

We have to have it, cells or no. Whether it’s in soda, candy, or children’s cereal (aka sugar), the FDA is right to sleep on this one. Otherwise, how could people stay awake during the endless forty-hour work week?

7) Aspartame. This sweetener/carcinogen was rescued from oblivion by Monsanto, who bought out the agency that was challenging it’s production. Listed as “toxic poison” by those in the know, Aspartame causes so many disorders it would take a separate article to cover to them all.

Suffice it to say, the FDA and Monsanto are class acts, that obviously care deeply about human life. You stay classy, San Diego.

8) Ersatz Sugar and Diet Cola. Aspartame, Aspartame, Aspartame. People reason taking this toxic carcinogen (which many KNOW is such) makes more sense than consuming real sugar, which might cause them to put on weight. At least I think that’s why they do it.

After all, who in their right mind would choose Aspartame for its flavor? To summarize, many otherwise bright individuals voluntarily put a foul tasting chemical into their bodies, that might kill them, to (potentially) keep trim. Ironically, Aspartame may just be making Americans a lot fatter.

9) Smoking. Fifteen different types of cancer are caused by cigarettes, which contain six-hundred “ingredients”, that when burned, turn into seven-thousand chemicals, sixty-nine of which cause cancer. Too bad you can’t smoke Aspartame, eh, Phillip Morris?

10) Cell Phones. The WHO believes cell phones are “possibly carcinogenic”, and French researchers have found there is a threefold added risk of brain tumor growth in cell users with 900 plus hours exposure.

Swedish researchers have concluded there is a similar risk for those who’ve used them twenty-five years or more. The main stream governmental and scientific community’s response to this?

“Yeah, right! Nobody messes with progress.” It’s business before pleasure, and by pleasure, I mean human life.

11) Soy. Eating soy “may” turn on genes linked to cancer growth. And right now, I “may” be thinking of sarcastic things to say about our regulatory agencies. But I digress.

12) BPA. According to Forbes, BPA is not harmful. (Thanks, guys; clearly there’s no conflict of interest.) Now, on to what real scientists are saying. Apparently BPA disrupts genes that defend against cancer.

So, okay, maybe it doesn’t CAUSE cancer, but it helps the things that cause cancer cause cancer. So please be sure not to touch or eat from plastic containers anymore, or handle glossy receipts.

13) Acetaminophen. Risk of blood cancer doubles for users of this pain-killer.

14) Statins. Speaking of drugs that effect the blood, several statins have been found to be carcinogenic. Now if that doesn’t raise your pressure, nothing will.

They say money doesn’t grow on trees, but the way Monsanto and the GMO crowd create organic anomalies, I’m starting to wonder.

And where was the FDA in all of this? Oh, right! Drinking cocktails with Hillary Clinton at O’Malley’s Irish Pub.

Clearly there’s something wrong with you if you don’t favor crossing human genes with corn, or corn with the hepatitis virus. That’s just progress. I mean, how could such things go wrong?

16) Pollution. File this one under “part of the cost of doing  business”. Seems we can’t create profits without creating poison, or create poison without turning it into food.

But don’t worry, the internetz is full of edumacational articles saying the opposite.

Perhaps it’s inspired by Hamlet’s famous quip, “Here’s metal more attractive”. Yes, that must be it.

19) Processed meats. These include hot dogs, ham, bacon, sausage, and some deli meats, which have been “treated” to “improve the flavor”. Yummy.

20) Gardasil. This vaccine increases the risk of precancerous legions by 44.6%, if the person has already been exposed to HPV 16 or 18, before injection.

22) High fructose corn syrup. How many hundreds of products is this little monster hiding in? It’s ubiquity doesn’t erase the fact that it’s known to cause pancreatic cancer.

23) McDonald’s McRib Sandwich. First of all, the entire fast food industry is a disgrace. It puts things in food that just boggle the mind (such as azodicarbonamide, an ingredient Subway once put in their breads. By the way, it’s also found in yoga mats.)

But the disgusting McRib takes the cake. Chemicals used in soil fertilizer are found in it, as well as the aforementioned Subway chemical. Plus the pickles are carcinogenic.

And the FDA just stands there, hands in its pockets, with a stupid expression, looking like Napoleon Dynamite.

24) Monsanto. Due to this wonderful organization’s role in saving Aspartame from destruction, mass-producing GMO’s, and filling the world with deadly toxins, I feel Monsanto deserves a special place on this list of carcinogens. Bravo.

And props to the FDA for defending us from this monster. You guys are the best.

Or you could just cook a frozen dinner. Everything is encouraged by our friends at the FDA, except cooking organic food, in a natural oven, with real butter and raw milk.

In fact, if you produce raw milk, you might just get raided by the FBI.

Why in the world are these twenty-five carcinogens still being sold? And why is proffering poison so fashionable, while pure products are priced out of reach?

Our world is now suffused with corporately created carcinogens, which build up the bodies of abstract entities, but give living beings the shaft.

And all Washington seems concerned with is running Trump vs. Hillary, and bombing the tar out of Syria.

Meanwhile, the SAD American diet clearly leads to cancer, and the health machine’s one response is to use toxic poison to “help solve the problem”.

All sarcasm aside, the FDA, EPA, and the myriad agencies responsible for monitoring food, health, and beauty, are doing such a terrible job, I think it not outlandish to question whether the whole system isn’t corrupt, and designed for a tragic end?

Cosmetics, sugar, technology, and fast food: these attractive items are like the glistening fibers of a spider’s web.

“How could this lovely thing be dangerous”, thinks the fly. Little does he know, his appetite for attractive objects is well known to the spider.

The food we’re eating is eating us. Our medicine bites, and its oversight sucks. Meanwhile, where has the spider gone? He’s hiding behind the Board, looking respectably bespectacled.

The last people you would expect to be monsters seem to be the first to profit from human misery. Let’s face it, either they really are monsters, or they’re so incompetent, they ought to be placed on a short bus.

You tell me which alternative makes more sense?

The good news is that, even though the FDA is just awful, we can make lists like this of products to avoid. We don’t have to eat ourselves to death by imbibing the likes of Aspartame.

And perhaps, with enough awareness, we can put these companies out of business. Viva la revolucion!