Prepare For Change
Home Event Support Groups Norway Police Haven’t Killed in a Decade: What the U.S. Needs to... 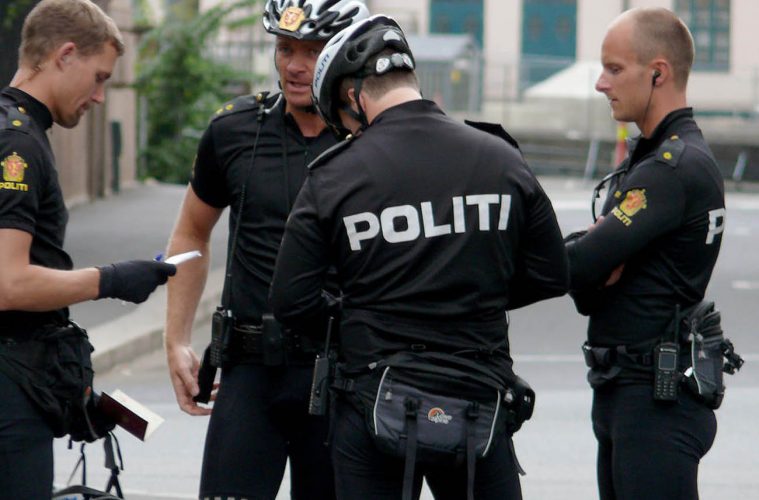 As a child, I was appalled by many of the events that I read about in my history books. The civil, social, and economical injustices confused and angered me. I felt for the millions of people who were victims of such wrongdoings, yet grateful for the ones who risked their lives to make our world, and my home, the United States, a more peaceful place.

As an adult, I can’t help but feel like my home has taken so many steps backward.

Despite the fact that it’s 2016, it’s hard not to turn on the news, flip through Facebook, or look at your phone’s news apps without being informed of yet another police shooting. Police killed at least 102unarmed black people in 2015, nearly two each week.

In 2016, police have killed more than 130 black people, according to a project by the Guardian. Just this past Monday, Korryn Gaines became the 9th black woman killed by police this year.

Police murder people on a daily basis in the United States, of all races, too.

While the FBI gathers some data on fatal shootings, police forces don’t have to provide it, and, in fact, only some of them do. But the Washington Post wanted numbers, and so they began tracking civilian deaths.

“We looked at the FBI database, since that was the official government accounting for things. And saw that over the past decade, the average number of shootings that they counted was about 400. By the end of last year, we had almost 1,000 fatal shootings that we had captured,”explains Kimberly Kindy, an investigative reporter at the newspaper.

She continues: “What we didn’t know though, of course, as we went into this year and did it a second year was – was last year a normal year? Is 990 people being killed by police in a single year about what you would expect year in and year out?” Kindy says that, so far, 2016 is on track with 2015.

With police murdering civilians on a daily basis in the United States, it’s important to take a look at what is happening in other countries. In Norway, for example, newspapers aren’t trying to track down who’s been killed in 2016, 0r 2015. That’s because police haven’t killed anyone in nearly a decade.

The country’s government provided a recent report that shows police in Norway are much less likely to draw their weapons on suspects, and even less likely to actually pull the trigger. In fact, the report even noted that Norway’s police only fired their guns in two situations last year, with neither resulting in a fatality.

The biggest reason for Norway’s extremely low statistics here is simple: the police officers rarely have guns on them. This allows them to deal with and resolve conflicts without escalating it to an unnecessary death out of fear, confusion, or power.

This is far different from how police are trained in the U.S. As opposed to beginning with questions, they are told to shoot first, and figure the rest out later. They are programmed to believe every civilian is a potential criminal or attacker, but this is counterproductive, and neither keeps the peace nor offers safety. Immediate violence is simply not the answer.

For example, Dale Brown of Detroit’s “Threat Management Center” has provided a means for avoiding guns at all costs, and showing just how valuable this mentality can be. Since police in certain areas of Detroit don’t answer 911 calls, Dale Brown decided to start taking those calls himself, and had to solve these crimes without succumbing to violence, since, if he did so, he would actually be held accountable for his actions.

Check out his work in the video below to gain a different perspective on how police can better protect civilians and themselves:

This Article Was First Published On: http://www.collective-evolution.com/