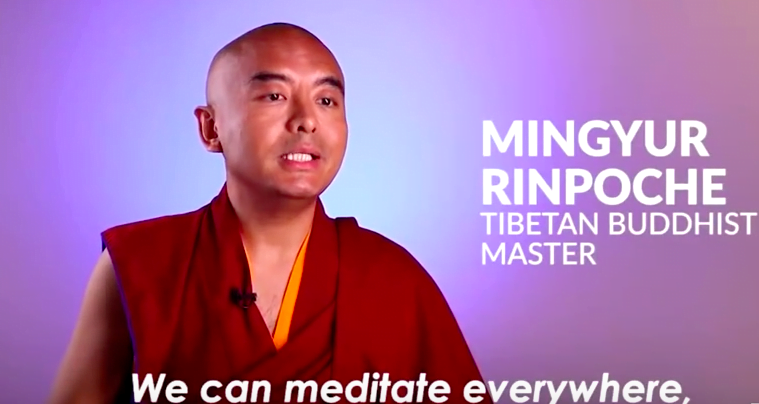 Tibetan Buddhist Master explains how meditation is not what most people think it is.

While people have been practicing meditation for thousands of years, it has recently been gaining increasing popularity in the mainstream as science continues to shed light in its many health benefits. From decreasing stress and anxiety to rebuilding the brain, it truly is a panacea for mental and physical well-being.

In another study, researchers led by Richard Davidson, a neuroscientist at the W.M. Keck Laboratory for Functional Brain Imaging and Behavior, teamed up with a number of monks and volunteers. The Dalai Lama even dispatched eight of his most accomplished practitioners to Davidson’s lab to have them hooked up for EEG testing and brain scanning. These monks come from traditions of meditation for an estimated 10,000 to 50,000 hours, over time periods of 15 to 40 years. The monks were fitted with a net of 256 electrical sensors and asked to meditate for short periods. Davidson was particularly interested in measuring gamma waves, the highest frequency and most important known electrical brain impulses. The results showed that the electrodes picked up much greater activation of fast moving and unusually powerful gamma waves in the monks. You can read more about this here.

One aspect of meditation that needs to be addressed more, however, is the fact that it’s a state of mind. There are those out there who can achieve similar brain wavelengths by putting themselves in the same ‘state of mind’ as a ‘master meditator.’ This proves that there is no one way to do it, and that it’s possible to achieve alternate states of consciousness as well as reap the other benefits associated with meditation without doing it a certain way or the ‘right’ way.

Similarly, it does not have to take hours and does not need to be done sitting alone in a quiet space. One can be engaged in meditation while walking, for example, or while preparing for sleep. Throughout the day, one can resist judging their thoughts, letting them flow until they are no more, or just be in a constant state of peace and self awareness, and this would still be meditation. Contrary to popular belief, there is more than one way to meditate.

The intention behind the meditation is also important to consider, as it can ultimately influence how it’s practiced, and how you are taught to do it.

Mingyur Rinpoch, a Tibetan Buddhist master monk, explains this further in the below video.