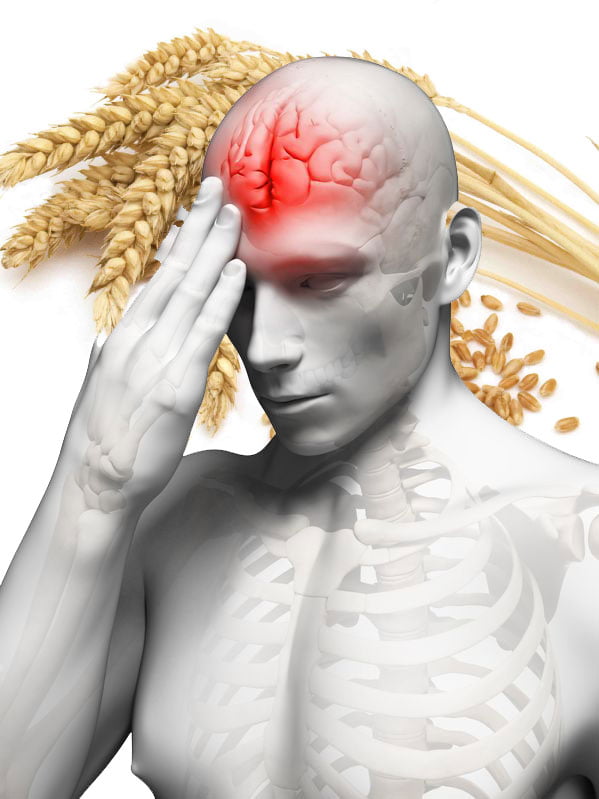 With increasing recognition among medical professionals and the lay public alike that the health of gut and brain are intimately connected (i.e. the ‘gut-brain‘ axis), the concept that gluten-containing grains can damage the human brain is beginning to be taken more seriously.

Books like Dr. William Davis’ New York Times best-selling Wheat Bellymade great progress in opening up popular consciousness to the subject of gluten’s addictive properties, my own e-book The Dark Side of Wheatexplored the role that wheat and grains in general played as an addictive agent, and Dr. David Perlmutter’s new book Grain Brain places significant emphasis on this connection as well.

After all, if wheat is a common cause of intestinal damage(“enteropathy”) both in those with celiac disease and non-celiac gluten sensitivity, it is no wonder that gluten-associated damage to the gut – sometimes called the “enteric brain,” or “second brain,” – could have adverse effects to the central nervous system as well.

Indeed, our research project at GreenMedInfo.com has identified in biomedical literature directly from the National Library of Medicine over200 adverse health effects linked to gluten-containing grains, withneurotoxicity top on the list of 21 distinct modes of toxicity associated with this grain’s effects.[i]  These neurotoxic properties extend from neuropathy and ataxia, to distinct psychiatric conditions such as acute states of mania, and schizophrenia.

According to the study, “Whilst coeliac disease (gluten sensitive enteropathy) remains one of the best characterised GRD, neurological dysfunction is one of the commonest extraintestinal manifestations with a range of presentations such as cerebellar ataxia, neuropathy, sensory ganglionopathy and encephalopathy (headaches and white matter abnormalities).”

They point out that neurological manifestations of gluten-induced toxicity can occur with or without evidence of intestinal damage (enteropathy). While wheat-induced intestinal damage is far more common than most suppose (read: Research Proves Wheat Can Cause Harm to Everyone’s Intestines), the problem with gluten stretches far beyond the intestinal wall to so-called “out-of-intestine” adverse health effects. And given the fact that many of the peptide sequences within the vast array of proteins that we colloquially refer to as ‘gluten’ — as if it were a singular entity versus the23,000 plus proteins it is actually comprised of — are pharmacologically psychoactive, it is no wonder that adverse neurological/cognitive consequences follow its ingestion. 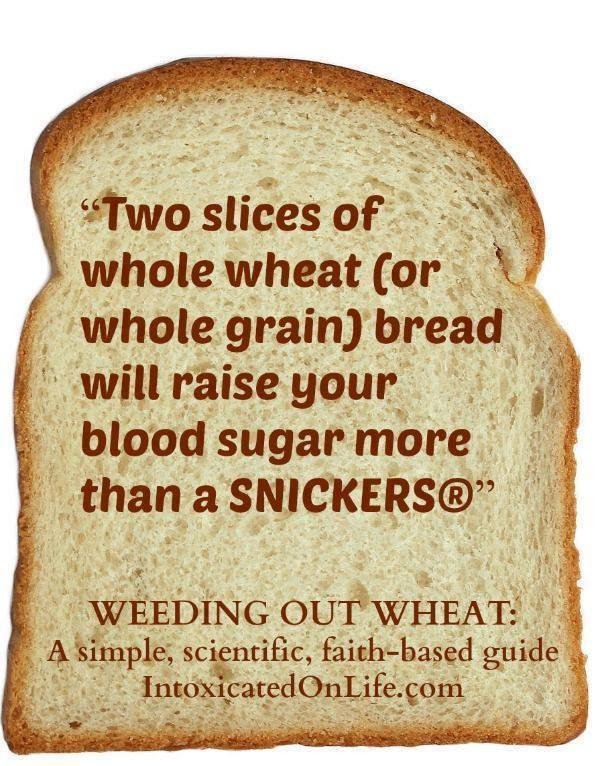 The new study describes a case study involving 7 patients (5 male, 2 female) who were identified from a cohort of 540 patients with neurological manifestations of “Gluten related disorders (GRD).” These patients showed signs of “myoclonic tremor,” which is an involuntary muscle twitching, which initially occurred in their face, tongue, one arm or one leg, “but then spread to affect other parts of the body.”  So severe was the tremor that 5 of the patients suffered from epileptic seizures, progressing from “Jacksonian seizures,” a type of epilepsy that are initiated with abnormal electrical activity within the primary motor cortex, and may involve a wide range of behaviors from drooling, smacking of the lips, apparently purposeful movements such as turning of the head, etc. Furthermore, all the patients were described as having “limb ataxia and more prominent gait ataxia” – ataxia being a lack of voluntary coordination of muscle movements.

Electrophysiology ‘brain tests’ showed evidence of cortical myoclonus, which is defined as ‘as involuntary brief muscle jerks originating from an abnormal discharge of the cerebral cortex.’ Further clinical, imaging and/or pathological evaluation revealed some evidence of cerebellar involvement, but this was a secondary feature, distinguishing this new condition fromgluten ataxia, where cerebellar ataxia is the most disabling feature.

All patients were made to adhere to a strict gluten-free diet, but even after eliminating gluten-related antibodies, there was still evidence of intestinal damage in keeping with so-called ‘refractory’ or treatment resistant celiac disease.  The researchers believe that this syndrome, while rare, is the commonest neurological manifestation of refractory celiac disease. They concluded:

“The clinical manifestations [of the newly named disorder] extend from focal reflex jerks to epilepsia partialis continua, covering the whole clinical spectrum of cortical myoclonus. This entity is possibly under-diagnosed and difficult to treat.”

This study, of course, only addresses the small exposed tip of the massive Gluten-Related Disorder ‘Iceberg’. But it does add renewed focus to the topic of wheat and gluten’s brain-damaging and/or mind-altering properties.  Here are some additional studies linking wheat to brain issues:

So, what’s the best way to find out if this research is accurate and relevant for you? My opinion is that the proof is in the gluten-free pudding. Try it out. Eliminate gluten-containing foods for a while, and see how you feel. Observe your memory, your cognition, etc. If it works, it works. If it doesn’t, no harm done.

This Article Was First published On: http://www.greenmedinfo.com/