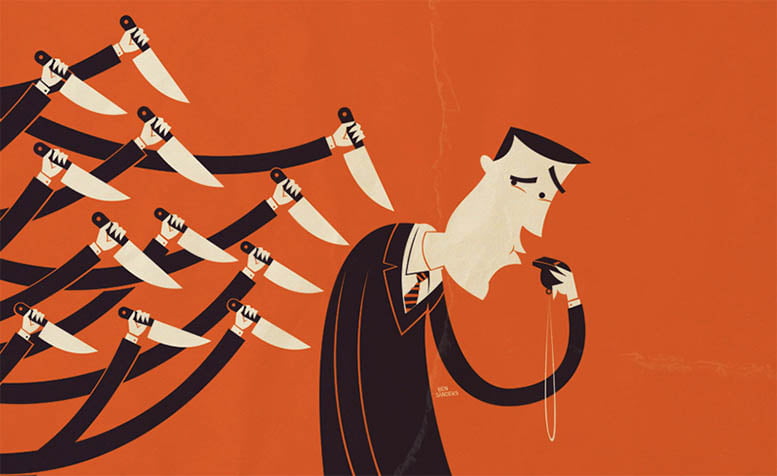 Some say it is hypocrisy, others say inconsistency and double standards on the part of the United States government.

In February 2016, the United States Securities Exchange Commission (SEC) announced that the country’s agribusiness giant, Monsanto has agreed to pay $80 million penalty and retain an independent compliance consultant to settle charges. The SEC is an agency of the United States federal government. It holds primary responsibility for enforcing the federal securities laws, proposing securities rules, and regulating the securities’ industry – the country’s stock and options exchanges, among other functions.

Monsanto admitted to violating accounting rules; it misstated company earnings pertaining to its flagship herbicide product, Roundup.Reports suggest a former employee of the company had alerted the SEC investigators about Monsanto’s fraudulent conduct. Upon conducting their own investigations, the SEC discovered a Monsanto that has insufficient internal accounting controls; unable to properly account for millions of dollars in rebates – offered to retailers and distributors – of its herbicide Roundup, after generic competition had undercut Monsanto’s prices and resulted in a significant loss of market share.

Monsanto reportedly paid the $80 million penalty to the SEC in late August, 2016. As part of the rules of the game, the SEC is supposed to settle the whistleblower with 30% of the money collected from Monsanto.

The SEC Office of the Whistleblower Program was created by Congress in 2011, to provide monetary incentives for individuals to come forward and report possible violations of the federal securities laws to the SEC. Under the program, whistleblowers are encouraged to report financial mishandlings of over $1 million. For their services, whistleblowers receive an award of up to 30% of the monetary sanctions collected by the government.

The SEC officials have now announced officially an award of $22,437,800 to the whistleblower who leaked the fraud of Monsanto.

The SEC officials have praised the efforts of the whistleblowers, revealing they have received more than 14,000 tips across the United States. 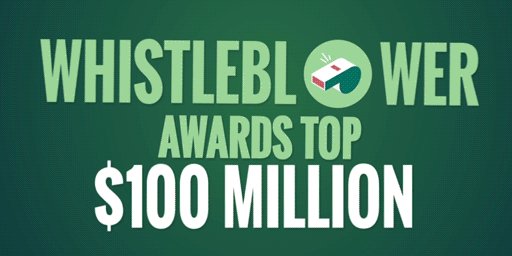 With more than $100M awarded to whistleblowers since 2011, it pays to come forward http://ow.ly/9AVx303JJem

Acting chief of the SEC’s Office of the Whistleblower, Jane Norberg said without the courage and assistance of the whistleblowers, it would have been impossible for the SEC to find out the fraud being committed by corporations in the country.

Monsanto have refused to comment on the settlement it made to the SEC, saying it would be inappropriate for the company to express judgment on the SEC’s whistleblower program. 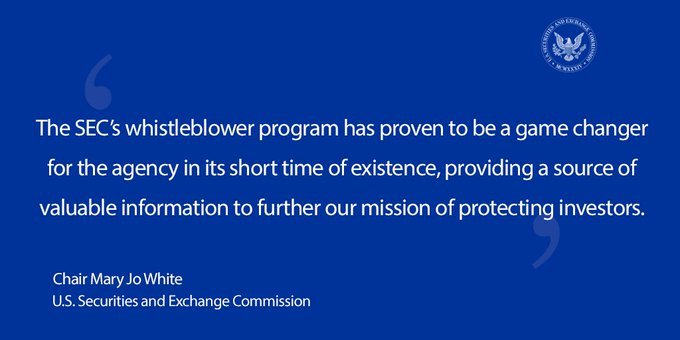 Meanwhile, as the SEC is awarding whistleblowers for helping it to go after corporations, activists are also calling for the award to be granted to whistleblowers who have exposed crimes committed by the United States government against citizens and other countries.

Mr Snowden worked for the Central Intelligence Agency and the National Security Agency (NSA). In 2013, he copied and leaked classified information from the NSA, revealing massive global surveillance programs being run by the United States government.

Chelsea also worked as a soldier for United State Armed Forces. He disclosed to WikiLeaks – led by Julian Assange – nearly three-quarters of a million classified sensitive military and diplomatic documents. Mr Assange published these demining documents, allowing the world to discover the crimes committed by the United States government.

As we speak today, Snowden is seeking refuge in Russia, after being pursued by the United States government. Chelsea has been sentenced to 35 years in prison. Assange is still seeking asylum at the Ecuadorian embassy in London.

It is against this backdrop, that activists are calling for the freeing and awarding of these three courageous individuals, who have helped citizens of the United States realize the crimes their government was, and still is secretly committing against them.

After the SEC announced the monetary award for the Monsanto whistleblower, an activist wrote: “Thinking the same thing. Assange cheque can be sent to Ecuadorian embassy, Snowdon’s [sic]to the Kremlin and Manning’s to the new home in the Hamptons that US should provide as partial compensation.”

Another also said: “Time to reward other whistle blowers like Julian Assange and Bradley Manning and put the real crooks behind bars.”

This article (U.S. Government Awards over $22 million to Monsanto Whistleblower, Activists Demand Same for Snowden and Others) is a free and open source. You have permission to republish this article under a Creative Commons license with attribution to the author and AnonHQ.com.