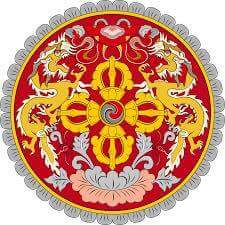 We would like to invite all the Tri-Sphere groups and all other meditators to participate with us in a special meditation this Friday at 15H PM UTC.

You can convert time for meditation from UTC to your local time zone here:

The Vietnamese Tri-Sphere group will be doing a special Thunder Dragon Meditation on Friday to invoke their help in dissolving the biochip implants. The following is a description of this special meditation. Please share with your networks in order to find out if your groups would be interested in joining us.

Biochips are the physical anchor point for the three main plasma implants, located in the frontal lobe and above the navel. The frontal lobe biochips are attached to the optical nerve of both eyes and connected to the auditory cortex of the brain with artificial synapses. They send a constant audio video stream of whatever you see and hear into the mainframe computer of the Chimera group. That computer constantly monitors the activity of surface population and prevents contact between the surface population and the Agartha network and/or extraterrestrial beings of Light with plasma toplet bomb retaliation mechanisms. The above navel biochips can effectively control the behavior of the surface population with electrical current biofeedback loop entrainment. (source)

We would like to invite you to take action with us on Friday, October 14th at 15H PM UTC.

In the July 2016 Taiwan conference, the day these cracks in the veil were made, there was a very strong and powerful storm. Everyone could all feel there was something special going on.

In a previous conference somebody asked Cobra about some very extreme headaches some people were having, and they were reporting that in some cases during a strong storm, the headaches stopped. Cobra said it is because the storm is causing the electrical network of the implant to shut down for a short time. Somehow the electricity in thunder was causing a malfunction in the implant system. 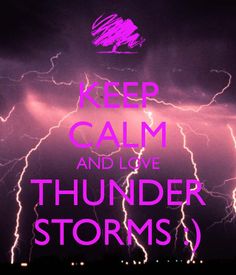 1. Connect to your Tri-Sphere and your trio. Look at the Thunder Dragon symbol before closing your eyes. Use your own technique to bring you to a relaxed state of consciousness. You may use this guided audio below, if you wish: http://recreatingbalance1.blogspot.com/2016/09/weekly-ascension-meditation-guided-audio.html

2. State your intent to use this meditation as a tool to speed up the process of Ascension for planet Earth and her inhabitants.

3. Visualize a pillar of Light emanating from the Galactic Central Sun, then going through all points of Light inside our Solar System and then through your body to the center of the Earth. Visualize another pillar of Light rising from the center of the Earth, then up through your body and upwards into the sky towards all beings of Light in our Solar System and our galaxy. You are now sitting in two pillars of Light, the Light flowing both upwards and downwards simultaneously. Keep these pillars of Light active for a few minutes.

4. Now visualize this Light as a rainbow vortex, expanding throughout the whole Earth and then throughout the whole Solar System, removing all darkness and anomaly, dissolving the Matrix and bringing happiness, abundance, peace and love to all beings inside our Solar system.

5. Visualize and feel the Thunder Dragon based in Bhutan, working together with beings of Light from the Galactic Confederation, spreading out through the Earth grid, and its electrical power deactivating the whole implant and biochip network worldwide. Visualize and feel the clearing of the energy around the Earth, balance of positive and negative ions, all negative technology shut down and the Earth grid fully flowing with positive cosmic energies.