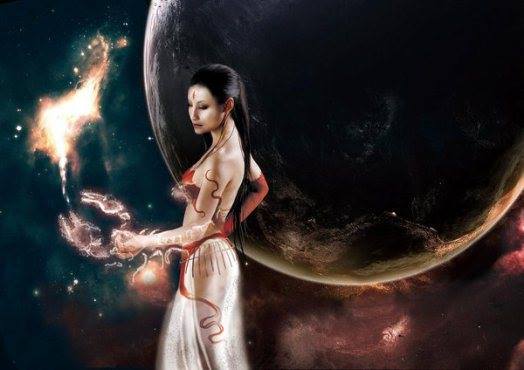 It is time for us to come together and tell the universe “We Are Ready!!!” The upcoming period from Friday, October 28 through Tuesday, November 1 offers a wonderful chance for us to assert our free will and hasten the Event!

This window begins and ends with what is known as a ‘Void Of Course’ (VOC) moon. This is when the moon is ‘between signs’; these are periods of immense occult importance, as the the anecdotes in the first link below demonstrate:

The second link helps to literally ‘fill in the gap’ regarding the second VOC which occurs as the calendar transitions from October to November on both sides of the Atlantic. Hence, this second VOC period crosses months and is not explicitly identified in either link.

This period is often described in many cultures as a time when the separation between the physical and non-physical realms is much thinner. Hence, this is also time each year when light & dark forces do battle. This represents a key moment for us to reassert control of the plasma plane within the Solar System via a spoken declaration of our free will.

The instructions are quite simple: 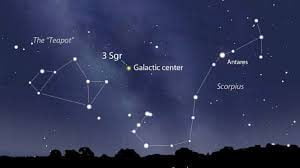 1) Face – as closely as possible – toward the general direction of the Sun, Moon, Galactic Central Sun, and the important light stronghold of Antares during all three meditations. A general rule of thumb is to direct your gaze a bit to the left of where the sun is (or would be if you could see it through either clouds or the ground below) at all three key meditation times.

(Note – if it is not possible to face the direction of the Sun/Moon/GC/Antares, please focus your intention instead on the first image of the woman at the beginning of this article; this picture can inspire each of us to reach toward the goddess energies of the Galactic Central Sun – beckoning them to come quickly into our Solar System.)

A. 4 PM GMT Friday, October 28 (during the first VOC period)

B. 4 PM GMT Sunday, October 30 (the actual day of the Scorpio New Moon)

C. 3 AM GMT Tuesday, November 1 (during the second VOA period)

3) Speak the words below aloud after the end of the guided meditation audio – note that you will be speaking these words with no other sounds – just your true voice expressing your free will:

We, the awakened starseeds of Gaia, announce our readiness for the pulse of Goddess energies from the Galactic Central Sun to bring an end to spiritual duality.

We declare our desire for a peaceful transition to the Golden Age and a speedy end to this final galactic war in our solar system – for peace, abundance, and happiness to be present throughout our solar system forever more.

We demand an end to any further delays to the Event: that all remaining secrets of the dark forces be made known immediately, that all dark rituals from this day forward be rendered ineffective, and that all tactical advantages which are used to maintain Quarantine Earth be nullified so that the Ascension of Gaia and her inhabitants can commence.

It is our free will that the effects of biochips, implants, and scalar interference cease completely so that our fellow Lightworker & Lightwarrior Starseeds fully awaken to their respective missions and assist in leading the way into the Golden Age.

The time for our freedom is now. We use the energies of this Scorpio New Moon to announce our desire for liberation, abundance and First Contact.

Let the Goddess finally bring peace to Earth and the galaxy.

We demand peace. We demand the Event. Let us make our free will known throughout the cosmos.

P.S. The guided audio track at the “Recreating Balance” blog is highly important for many reasons. Foremost, the evolution of modern communications is such that English ends up being the most universally spoken & understood language in the world. Let all of us Lightworkers and Lightwarriors use that to our advantage… there’s a reason Cobra writes his blog posts in English.

Additionally, the audio was recorded in 432 HZ and contains healing codes which lend energetic support and focus for the intention of the meditation.

Lastly, one of the most important aspects of organized mass meditations is coherence. If everyone starts the audio track roughly 30 to 60 seconds prior to the scheduled ‘time’ for a given meditation, then it means everyone globally will be focusing on the same visualizations at the same moments. This increased coherence can be quite powerful – especially for those persons participating in a TriSphere Meditation. Please consider this when doing your visualizations and spoken words – the more coherence we create – the more successfully we can create cracks and holes in the veil.

The Age of Personal Liberation

Connecting with your Guardian Angel…Here’s How in 3 Steps

Activate Your Higher Mind: Navigate Life’s Complexity…8 Ways to Do it

Let’s Heal Together : Preparing Ourselves for Liberation and Ascension ( protections+ dissolving implants + healing/meditations )