Prepare For Change
Home Healing Uber driver helps rescue girl out of sex trafficking. How to...

Police are crediting Northern California Uber driver Keith Avila for helping rescue a teenage girl out of sex trafficking—a girl he gave a ride to in his car, along with her two suspected female pimps on Monday night, according to a report by ABC7.

Avila says he had just picked up the two women and a 16-year-old girl and brought them to the Holiday Inn, where the two women allegedly pimped the girl out to a man for sex. Minutes after dropping them off at the hotel, he called the police to alert them of what was going on.

Related: How To Identify (And Rescue) A Victim Of Sex Trafficking

“Police arrived fast. They don’t play. They do not play. Not when you’re doing child sex trafficking,” he said.

Police arrested the two women, Destiny Pettway and Maria Westly, for various charges relating to pimping and pandering. KTXL reports that the man who was purchasing the teenage girl, identified as Disney Vang, was arrested for sex with a minor.

When asked if he was afraid and why he made it a point to alert the authorities, Avila answered simply:

“I can’t just drive away. I’m mean, of course not. That’s not even an option. Honestly, I didn’t think about it. They said what they said, and it’s one of those things that you just do.”

Avila says it was the conversation between the adult women and the girl who tipped him off to the suspected crime that was about to go down.

Related: This New App Helps You Stop Sex Trafficking While You Travel

And all the while, Avila says the victim was obviously just a kid.

“I looked at her in the eyes. She had this face of innocence, and like insecure,” he said.

Police are grateful to Avila for getting involved and making a difference.

“He could’ve said nothing. Went on his way, collected his fare. And then that 16-year-old victim could’ve been victimized again by who knows how many different people over the next couple of days, weeks, months,” Elk Grove police Officer Chris Trim said.

Obviously, human trafficking is an underground business, making firm statistics hard to come by. But the facts in cases that come to light are chilling. For example, in 2011, two Miami men were found guilty of spending five years luring women into a human trafficking trap. They would advertise modeling roles, then when women came to try out, they would drug them, kidnap them, rape them, videotape the abuse, and sell it as pornography. 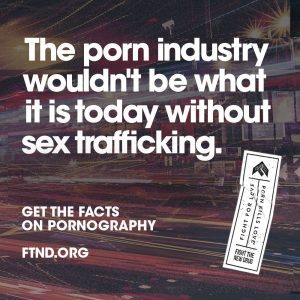 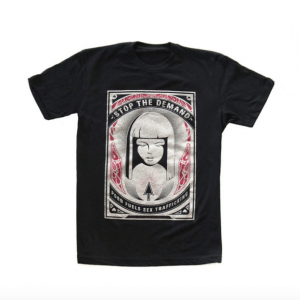 3) Check out the following nonprofit organizations to learn more about how you can get directly involved in the fight against sex trafficking:

Polaris Project
This Washington D.C.-based nonprofit is one of the most recognized organizations in the global fight to eradicate modern slavery. Named after the North Star that guided slaves to freedom in the U.S., Polaris systemically disrupts the human trafficking networks by helping survivors restore their freedom, preventing more victims, and leveraging data and technology to pursue traffickers wherever they operate.


Rescue: Freedom International
Based in Seattle, Washington, this nonprofit has partner sites in 8 countries, that support sex trafficking victims and gives them “anything and everything a survivor needs to experience long-term healing and restoration.” While local partners are working on the ground, Rescue:Freedom is the supply line for that work by providing operational funding, scholarships, training, best practices, infrastructure, and other essential resources.