Prepare For Change
Home Awakening This Is One Of The Big Reasons Why So Many Families Are... 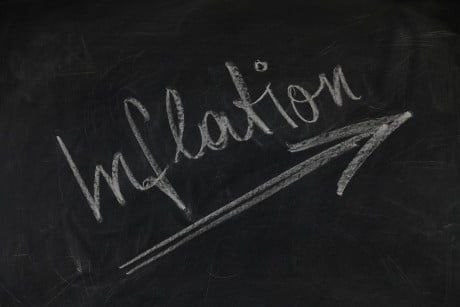 When the cost of living rises faster than paychecks do year after year, eventually that becomes a very big problem.  For quite some time I have been writing about the shrinking middle class, and one of the biggest culprits is inflation.  Every month, tens of millions of American families struggle to pay the bills, and most of them don’t even understand the economic forces that are putting so much pressure on them.  The United States never had a persistent, ongoing problem with inflation until the debt-based Federal Reserve system was introduced in 1913.  Since that time, we have had non-stop inflation and the U.S. dollar has lost more than 98 percent of its value.  If our paychecks were increasing faster than inflation this wouldn’t be a problem, but in recent years this has definitely not been the case for most Americans.

And unfortunately inflation is starting to accelerate once again.  In fact, it is being reported that inflation rose at the fastest pace in four years in January…

The prices Americans pay for goods and services surged in January by the largest amount in four years, mostly reflecting a rebound in the cost of gasoline that’s taking a bigger chunk out of household incomes.

The consumer price index, or cost of living, rose by a seasonally adjusted 0.6% in January, the government said Wednesday.

Meanwhile, our incomes have been incredibly stagnant.   In fact, we just learned that median household income did not go up at all during 2016.

This is one of the reasons why we consistently see families fall out of the middle class month after month.  Even if you keep the same job year after year, your standard of living is going to steadily go down unless your pay goes up.

The things that we all spend money on month after month just keep going up in price.  I am talking about food, housing, medical care and other essentials.  If there is one thing that we can always count on, it is the fact that things are going to cost more tomorrow than they do today.

Let’s talk about food for a moment.  Whenever I go to the grocery store, I am almost always shocked.  I still remember a time when I could get everything that I needed for an entire week for about 20 bucks, but these days you can’t even fill up one cart for 100 dollars.

That is because food prices have been rising aggressively for many years.  The following is a list that was posted on The Economic Policy Journal that shows how much some food and grocery items have increased over the past decade…

And thanks to out of control government spending and reckless manipulation by the Federal Reserve, we have come to a time when inflation is starting to accelerate once again.

According to John Williams of shadowstats.com, if honest numbers were being used the government would be telling us that inflation is rising at a 6 percent annual rate for the first time since 2011.

At the same time, evidence is mounting that U.S. consumers are simply tapped out.  Previously, I have explained that interest rates are going up, consumer bankruptcies are rising, and lending standards for consumers are really tightening up.

All of those are things we would expect to see if a new recession was starting.

A slowdown in refinancing pulled down the total mortgage application volume last week as changes to certain government-loan programs made refinances less lucrative. Refinance volume now stands at its lowest level since June 2009.

If you will remember, we also saw a slowdown in mortgage refinancing just before the great financial crisis of 2008.

For mortgage applications overall, they are now down almost 31 percent from where they were a year ago…

Total mortgage application volume fell 3.7 percent on a seasonally adjusted basis last week from the previous week, and are nearly 31 percent lower than the same week a year ago, according to the Mortgage Bankers Association.

A 31 percent decline in a single year is catastrophic.

If this continues, it won’t be too long before everyone is talking about a new housing crash.

Federal Housing Administration mortgage delinquencies jumped in the fourth quarter for the first time since 2006, the Mortgage Bankers Association reported Wednesday. The FHA insures low down-payment loans and is a favorite among first-time homebuyers.

So many things are happening right now that we have not seen happen in many years, but most people are choosing not to see the red flags that are popping up all around us.

None of our long-term economic problems have been fixed.  And even though Donald Trump won the election, the truth is that our economy is in the worst shape it has been since the last financial crisis.  I continue to encourage all of my readers to get prepared for very hard times, but just like back in 2007 we are experiencing a wave of tremendous optimism right now and most people think that the party can somehow continue indefinitely.

Whether Donald Trump won the election or not, the truth is that a major economic downturn was going to come anyway.  You see, Donald Trump is not some magician that can just wave a wand and somehow make the consequences of decades of very foolish decisions instantly disappear.

We have been on the biggest debt binge in human history, and there is going to be a great price to pay when this immense debt bubble finally bursts.

Unfortunately, most people are not going to acknowledge the truth until it is too late.