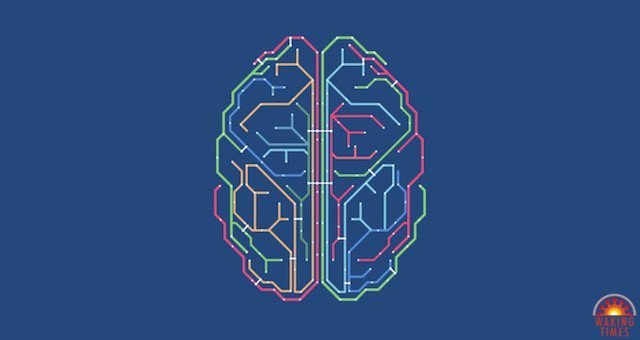 Neuroscientists have argued whether we even have free will, but now they want to turn it off.

In the 1980s scientist Benjamin Libet conducted an experiment. He ‘discovered’ that what seems to be free will or the conscious choice to do or not do something is really just the observance of something that has already happened. This completely rocked the foundations of what most thought of as a prerequisite for being human, and the long-held religious view that free-will must always be honored.

Libet recorded people’s brainwaves as they made spontaneous finger movements while looking at a clock. The participants in the study were to tell researchers the time at which they decided to wave their fingers. Libet found that there were several milliseconds of preparatory brain activity prior to the time that people reported the conscious act of waving their fingers. His findings were taken as gospel that free will did not exist. Now we call this preparatory action of the brain the ‘readiness potential.’

What Libet’s experiment failed to consider though, was manifold. It is possible that people were only conscious of an action milliseconds after a subconscious realization. It is possible that they could not indicate their intent as fast as their physical bodies could carry it out – a delay in physical vs. mental activity that has been well documented, and it is also possible that the cognition of an anticipated event is cognized well before the actual event, because the entire causal field is changed by our consciousness, as evidenced by recent experiments in physics. This is called the observer effect as it refers to changes that the act of observation will make on a phenomenon being observed.

Libet implies that the conscious decision act is divorced from fee will, in that it is acted out nonconsciously, and that the subjective feeling of having made this decision is tagged on afterward – however – we already know from vast amounts of research from Jung and others, that we know a lot more than we consciously allow ourselves to honor.

Nonetheless, Libet’s experiment has weathered such criticism and the implications have been replicated with even more advanced equipment including the use of FMRI technology and the direct recording of neuronal activity using implanted electrodes.

How to Reprogram Or Eliminate Free Will

These studies all seem to point in the same, troubling conclusion: We don’t really have free will. So why then are neuroscientists trying to remove our free will?

A study published in Proceedings of the National Academy of Sciences by researchers in Germany, has scientists backtracking on their original assumption that we have no free will.

The German researchers worked backwards in a way, from Libet’s experimental protocol, using a form of brain-computer integration to see whether participants could cancel a movement after the onset of the unconscious preparatory brain activity identified by Libet.

f they could, it would be a sign that humans can consciously intervene and “veto” processes that neuroscience has previously considered automatic and beyond willful control. There were more complex methods utilized including the use of colored lights, but in short, they found we could easily undo actions and “veto” them – a sign of undeniable free will.

A quote from the lead researcher, Dr. John-Dylan Haynes of Charité – Universitätsmedizin in Berlin, becomes telling in order to discover how neuroscientists working for the deep state could override our own free will,

“A person’s decisions are not at the mercy of unconscious and early brain waves. They are able to actively intervene in the decision-making process and interrupt a movement. Previously people have used the preparatory brain signals to argue against free will. Our study now shows that the freedom is much less limited than previously thought.”

These findings were supported by a French study which found that “nonconscious” preparatory brain activity identified by Libet is really just part of a fairly random ebb and flow of background neural activity, and that movements occur when this activity crosses a certain threshold.

And even more studies confirm what we all suspected regardless of early scientific findings – that we all act consciously, perhaps to different degrees, but certainly with free will.

When we form a vague intention to move, they explain, this mind-set feeds into the background ebb and flow of neural activity, but the specific decision to act only occurs when the neural activity passes a key threshold — and our all-important subjective feeling of deciding happens at this point or a brief instant afterward.

“All this leaves our common sense picture largely intact,” they write, meaning we can break a chain of events (determinism), but that also implies a certain responsibility for our actions.

The Cooperation of Subconscious and Conscious Awareness

All these studies do suggest, though, that our free will requires healthy partnerships between conscious and unconscious systems. In special circumstances like playing musical instruments, engaging in sports, or driving a car, we apparently recruit specialized unconscious agents with the ability to carry out certain acts quickly without conscious “permission.”

If these “unconscious” agents can be reprogrammed, then we can be controlled, essentially by “disabling” our free will – at least according to pedantic science.

Attempts to Destruct Free Will

Aside from using drugs like scopolamine, known to wipe our subconscious plates clean, so that new, possibly nefarious programming can be installed, and obvious mind control techniques admittedly researched by the CIA (with the help of Stanford Neuroscientists, and others) along with additional intelligence agencies of our government, there are subtle programming methods used every day in the form of subconscious messages in advertising. There are even cell phone apps meant to control the free will of the user. You can imagine what other technologies have been employed.

My advice? Use your free will to override unwanted subconscious programming. If it requires both conscious and ‘non’ conscious compliance, to remove free will, then we can at least interfere by utilizing our conscious awareness and removing tacit consent. That ought to keep the physicist busy for a while, at any rate, and the deep state wasting our tax dollars on more Mind Kontrol experiments.