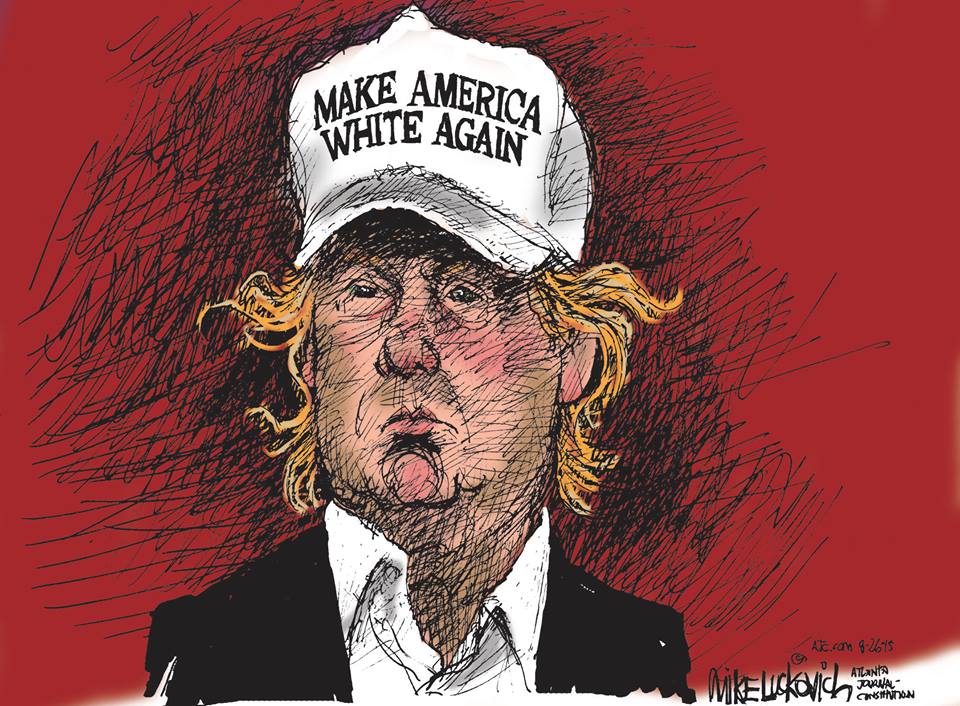 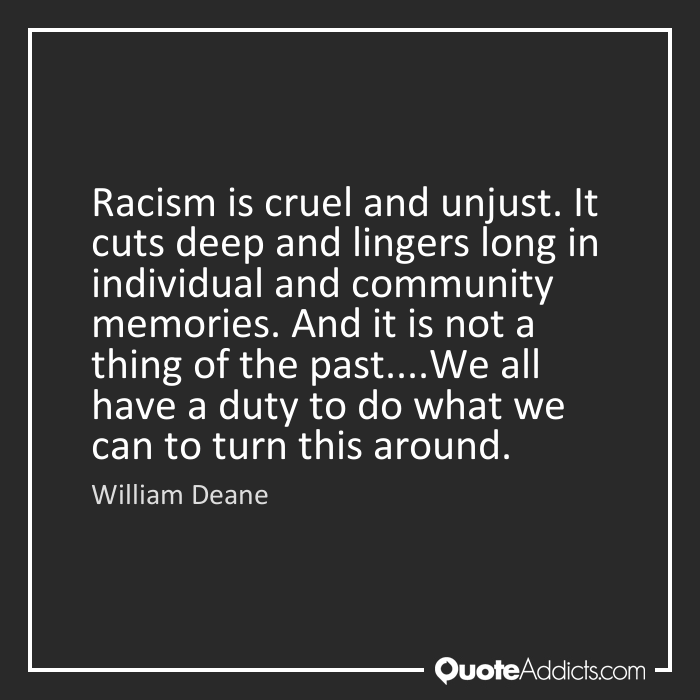 A rowdy segment of the American electorate is hell-bent on banning a specific group of immigrants from entering the United States. Thousands upon thousands of other people – citizens and immigrants, alike – oppose them, choosing to go to court rather than fulfill the electorate’s narrow vision of what America should look like: white, middle-class and Christian.

Soon a series of U.S. Supreme Court rulings could grant unrestrained power to Congress and the president over immigration control. More than 50 million people could be deported. Countless others might be barred from entering. Most of them would be poor, nonwhite and non-Christian.

This may sound like wild speculation about what is to come in President Donald Trump’s America. It is not. It is the history of U.S. immigration control, which is the focus of my work in the books “Migra! A History of the U.S. Border Patrol” and “City of Inmates: Conquest, Rebellion, and the Rise of Human Caging in Los Angeles.”

Historically speaking, immigration control is one of the least constitutional and most racist realms of governance in U.S. law and life.

Made in the American West

The modern system of U.S. immigration control began in the 19th-century American West. Between the 1840s and 1880s, the United States government warred with indigenous peoples and Mexico to lay claim to the region. Droves of Anglo-American families soon followed, believing it was their Manifest Destiny to dominate land, law and life in the region.

But indigenous peoples never disappeared (see Standing Rock) and nonwhite migrants arrived (see the state of California). Chinese immigrants, in particular, arrived in large numbers during the 19th century. A travel writer who was popular at the time, Bayard Taylor, expressed the sentiment settlers felt toward Chinese immigrants in one of his books:

“The Chinese are, morally, the most debased people on the face of the earth… their touch is pollution… They should not be allowed to settle on our soil.”

When discriminatory laws and settler violence failed to expel them from the region, the settlers pounded Congress to develop a system of federal immigration control.

Together, these laws banned a nationally targeted population from entering the United States and invented the first system of mass deportation. Nothing quite like this had ever before been tried in the United States.

Chinese immigrants rebelled against the new laws. In 1888, a laborer named Chae Chan Ping was denied the right of return despite having a reentry certificate and was subsequently confined on a steamship. The Chinese immigrant community hired lawyers to fight his case. The lawyers argued the case up to the U.S. Supreme Court but lost when the court ruled that “the power of exclusion of foreigners [is an] incident of sovereignty belonging to the government of the United States” and “cannot be granted away or restrained on behalf of anyone.”

Despite this loss, Chinese immigrants refused to comply with the 1892 Geary Act, submitting themselves for arrest and risking both imprisonment and deportation rather than registering with the federal government.

They also hired some of the nation’s best constitutional lawyers. Together, they swarmed the courts with challenges to the Geary Act. In May 1893, the U.S. Supreme Court agreed to hear its first deportation case, Fong Yue Ting v. U.S. and quickly ruled that deportation is also a realm of “absolute” authority held by Congress and the president. The court wrote:

“The provisions of the Constitution, securing the right of trial by jury and prohibiting unreasonable searches and seizures, and cruel and unusual punishments, have no application.”

In other words, the U.S. Constitution did not apply to deportation. Immigration authorities could develop practices to identify, round up and deport noncitizens without constitutional review.

It was a stunning ruling even by 19th-century standards. So stunning that three of the justices issued scathing dissents, arguing that the U.S. Constitution applies to every law enforced within the United States. As Justice Brewer put it:

“The Constitution has potency everywhere within the limits of our territory, and the powers which the national government may exercise within such limits are those, and only those, given to it by that instrument.”

But such dissent held no sway. Six years later, the U.S. Supreme Court tripled down on immigration control as exempt from judicial review. In that 1896 ruling, Wong Wing v. U.S., which was issued on the same day as the court upheld racial segregation laws in its infamous Plessy v. Ferguson decision, the court held that the Constitution does not apply to the conditions of immigrant detention.

By 1896, the U.S. Supreme Court had granted Congress and the president nearly unrestrained power over excluding, deporting and detaining noncitizens, both at U.S. borders and within the national territory. To date, they have used that authority to deport and forcibly remove more than 50 million people and ban countless others from entering the country. Most of them are nonwhite, many of them poor and a disproportionate share non-Christian.

Over time, Congress and the courts placed several limits on what is allowable in immigration control. For example, the 1965 Immigration Reform Act prohibits discrimination on the basis of “race, gender, nationality, place of birth, or place of residence.” And several court rulings have added a measure of constitutional protections to deportation proceedings and detention conditions.

On Feb. 9, the U.S. Court of Appeals for the Ninth Circuit turned down the administration’s “unreviewable” argument regarding the so-called Muslim ban. But Trump’s immigration enforcement order still stands. This includes a provision that subjects even those unauthorized immigrants who are simply suspected of crime to immediate removal. It also denies many of the immigrants who unlawfully cross our borders the due process protections recently added to deportation proceedings.

If implemented as promised – that is, with a focus on “bad hombres” and the U.S.-Mexico border – Trump’s immigration plan will exacerbate the already disproportionate impact of U.S. immigration control on Latino immigrants, namely Mexicans and Central Americans. U.S. immigration may no longer target Chinese immigrants, but it remains one of the most highly racialized police projects within the United States.

Trump’s executive orders are pulling U.S. immigration control back to its roots, absolute and racial. The U.S. Court of Appeals for the Ninth Circuit pushed back against this interpretation, affirming the reviewability of the seven-country ban. But the decisions made during the Chinese exclusion era are likely to protect many of the president’s other orders from judicial review. That is, unless we overturn the settler mentality of U.S. immigration control. 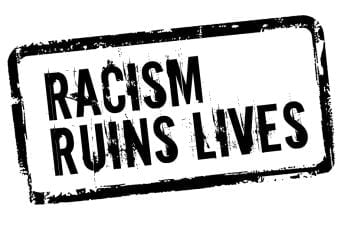 In under 140 characters, the brilliant Paul completely dismantled Trump’s entire delusional Chinese emperor-esque arguments for his “great wall” given during Trump’s first speech to the nation.

“We want all Americans to succeed, but that can’t happen in an environment of lawless chaos. We must restore integrity and the rule of law at our borders,” Trump exclaimed to be met with applause. “For that reason, we will soon begin the construction of a great, great wall along our southern border.”

Great wall on southern border? hopefully not to keep us in. Reduce incentives to illegally cross and change foreign policy! Problem solved!

Merit-based immigration is a good idea. No welfare magnet for illegal immigrants would work well too!

These people don’t “hate our freedom” — they hate our bombs blowing up their children. It’s called blowback Trump, you should research it.

“According to data provided by the Department of Justice, the vast majority of individuals convicted of terrorism and terrorism-related offense since 9/11 came here from outside of our country,” Trump spewed his carefully crafted sentence to make it seem as if terrorism in the US mostly comes from Islam. However, as pointed out on many occasions, Trump’s travel ban did not restrict individuals from the countries who actually committed the acts of terror. And, white Americans who carry out mass shootings and horrid acts of terror are almost never charged with terrorism.

Ron Paul went on to warn against Trump’s ominous promises to strongly vet those who want to travel to the US. As the travel ban has already shown, innocent Americans are ensnared and humiliated by its aggressive implementation. This will only get worse.

To learn more about the history of U.S. immigration control, see #immigrationsyllabus.