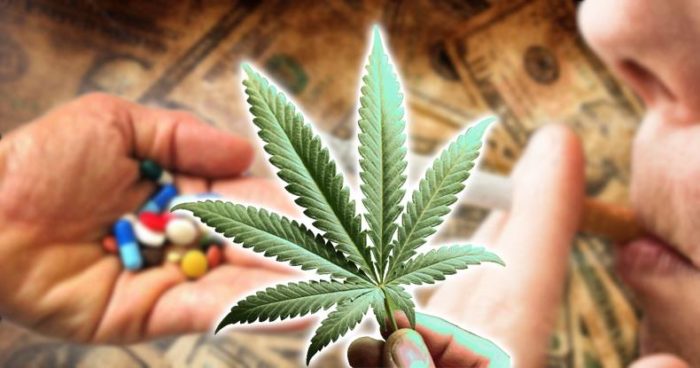 Marijuana has long suffered defamation and image assassination. Especially in the United States, the plant has previously been portrayed as a gateway drug.

A gateway drug is a drug which supposedly leads the user on to more addictive or dangerous drugs.

People were made to believe this through concerted efforts by the United States government and its federal agencies, as well as religious bodies. The main goal was to demonize the plant to discourage people from using it.

Between 1936 and 1939, a drama film titled Reefer Madness was released by church groups to warn parents of so-called dangers of allowing their children to use marijuana.

It was portrayed in the film that marijuana use led to mental illness or madness.

But recent empirical evidence on marijuana has showed the opposite. Numerous studies have proven that marijuana possesses a significant medicinal value. More people are now breaking away from the previous unfounded and mischievous claims about the plant.

More and more studies of the medicinal qualities of marijuana are being published on a more regular basis, despite the United States government’s refusal to delist marijuana from Schedule 1 of the Controlled Substances Act.

A new study published by two researchers from Canada has demonstrated that marijuana was never a gateway drug. The study, in contrast, revealed how marijuana can treat tobacco and opioid addiction, making it an alternative to painkillers.

Drugs containing opioids are manufactured by Big Pharma. In the United States, opioid addiction rates have skyrocketed over the last two decades, costing millions in health insurance and lost productivity in the workforce.

According to Fortune magazine, an estimated 254 million opioid prescriptions were filled in 2010 alone, enough to medicate every adult in the United States for a month on a round-the-clock basis.

Estimates of more than 480,000 people die from cigarette smoking annually in the country, displaying the harms of the legal drug tobacco, while marijuana remains an illegal substance.

The Canadian study published in the International Journal of Drug Policy, and comprised of 271 participants enrolled in Canada’s Marijuana for Medical Purposes program. The researchers wanted to discover whether marijuana can help alleviate substance addiction or not.

“This study is the first to specify the classes of prescription drugs for which cannabis is used as a substitute, and to match this substitution to specific diagnostic categories,” the study findings stated.

Legalized Marijuana Will Reduce Prescription Drug Use By Billions

According to the researchers, they found a whopping 63 percent of respondents used marijuana in place of prescription medications. 30 percent of participants also replaced pharmaceutical opioids with marijuana.

16 percent of participants turned to marijuana as an alternative to benzodiazepines — such as Xanax or Valium — for treating anxiety and insomnia, while 12 percent also chose marijuana over antidepressants to relieve symptoms of depression.

The study showed further that one-quarter of participants substituted marijuana for alcohol. 12 percent switched from smoking tobacco to marijuana. Three percent of respondents even replaced hard drugs with marijuana.

The study has been labeled as the first comprehensive study of people enrolled in Canada’s medical marijuana program.

The researchers said they discovered how marijuana possesses immense medicinal value, and that it must be brought to the attention of society.

The Canadian study also demonstrated people gradually realizing the medicinal value of marijuana, and are increasingly dumping Big Pharma’s opioids for the plant.

Marijuana Decreases Death Rates From Pain Killers by Over 30%

In 2016, a poll published by the American research company Gallup Incorporated revealed the percentage of American adults who smoke marijuana has nearly doubled in three years.

In 2013, the same Gallup poll revealed that 7 percent of American adults smoke marijuana.

Marijuana advocates say the sharp rise in marijuana use in the country is due to successes in educating the American public about medicinal and other beneficial values of the plant.

People are responding to the education and are ridding their former negative perceptions about the plant.