Prepare For Change
Home Ascension Order Followers Are Agents of the Cabal, and You Could Be One... 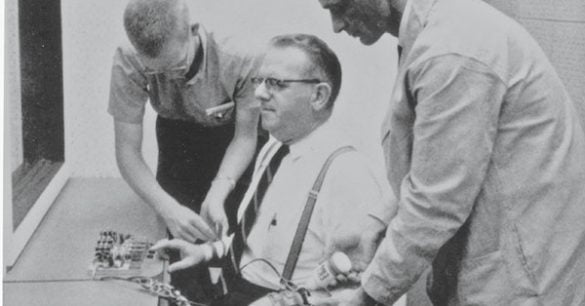 The question of what is evil has been pondered for all of human history. Why do people do bad things is an enduring mystery. While there is much to tease out when considering this question, what becomes a consistent theme is that of dogmatic adherence to authorities. Almost every large-scale tragedy on Earth, such as major wars, economic disasters, plagues, and so on, were facilitated by a population of people who did not question the status quo. But ideas, beliefs, philosophies, and most especially, orders issued by government or authorities, should be questioned. When they are not, good people can be conscripted into doing horrific things without much effort.

The following article details a seminal case in the annals of psychology and sociology. Stanley Milgram performed an experiment wherein participants were asked to administer electric shocks to volunteers. The shocks would be increasingly intense, so much so, that it could have been lethal. But it was a ruse—there were no real shocks given, only actors pretending to be shocked.

The experiment was designed to test how easily seemingly moral people could be recruited to perform harmful acts on others. What the study discovered was that 90% of the people administering the illusory shocks would suppress their moral objections so long as an authority implored them to continue. It seems, the moral and ethical leanings of people can be easily removed if they can be led to believe in an authority, particularly one that provides a belief system to allow them continue the harmful behavior.

Why is this the case?

Again this is a complex issue, but there is enough data available to draw some conclusions.

Firstly, recognize that the people issuing the shocks registered ethical concern, almost all the participant asked if they should continue once the actors started screaming in pain.

Secondly, an authority figure was there to reassure them that it was okay to continue.

Thirdly, a philosophy was given to the shockers that allowed them to justify hurting others.

It is this last aspect that seems to be the crucial element.

Some might argue that the authority figure was the primary reason why people continued, and that appears to be part of it. However the authority merely represented the personification of the goal and philosophy of the experiment—that is to say, the participants were already willing to perform the harmful task and this person merely acted as a reminder of the reasons why they did.

What this means is that the premise behind the research itself was the primary motivational factor, which was that the goal of the exercise was to understand human nature. And since this study was conducted after the world learned about the horrors of Nazi Germany, and the extermination of millions of people, a pre-existing bias was in place that allowed participants to believe in the study.

This suggests that when people commit harmful acts, they need a context to justify such actions—unless they are inherently immoral people. But studies show that the vast majority of the population are not inherently immoral, known as psychopaths or sociopaths in psychology.

If most people on Earth are generally moral and ethical, how is it that so much harm and suffering is allowed to continue?

Yes, there are authorities out there threatening people with prison or monetary fines if they don’t comply with orders (like in the military a soldier would be court-martialed) but a philosophy is also needed to move someone from mere compliance to a believer. People need to buy into the premise of an order so that they willingly choose to carry it out. Social engineers are responsible for conditioning the masses to not only follow orders but accept them as the best thing to do.

Looking to the Milgram study, the people believed that what they were doing was in the pursuit of science and knowledge, and felt justified in committing harm against others for that purpose—the ends justify the means.

This suggests that merely issuing orders from a strong authority isn’t enough, the orders also have to come with an ideology people can believe in.

And this is why propaganda and mass mind-control techniques are needed—because, under normal conditions, no one in their right mind would want to participate in the plans of insidious controllers.

This also means that taking the time to understand your philosophy, worldviews, and belief systems is incredibly important. When we don’t do this essential work, we become liabilities for others—we can be easily recruited into all manner of socially destructive causes, such as the explosion of postmodernist movements currently sweeping the West.

For the average person living on Earth today, it is a certainty that you will, at some time in your life, follow an order or directive that hurts others—and you won’t realize it at the time. A ceaseless onslaught of weaponized meta-messages, belief systems, and philosophies have poured into the collective mind of the masses via propaganda mechanisms, specifically designed to train the people to follow orders blindly.

Consider that in many of such circles, merely questioning the doctrine or dogma of a movement is tantamount to heresy.

Thus, your duty to knowing yourself and questioning your beliefs is absolutely essential to your prosperity and the well-being of others. Your beliefs have been and are continuing to be used as weapons against you. The beliefs you have that go unquestioned are the walls of your prison, which you cannot see beyond. And it is from this myopic and shallow foundation of reality that we justify following immoral and unethical orders.

The powers that be only remain in control because the people continue to blindly follow their orders, including the order to believe in the dogma of society unquestionably.

But we have to question the status quo. We have to be willing to go against the crowd and think for ourselves so that a socially destructive idea doesn’t spread like wildfire. In this sense, ideas that go unquestioned, contemplated, and discerned are the biggest threat to humanity than any other factor. And our adherence to a belief that we don’t really know or understand reduces us to zombie-like agents of the system. Hence, to know thyself and follow the truth makes you and others around you free—free from the shackles of cultural dogma.

An individual who questions the status quo is a stopping force against a tide of socially destructive groupthink zealotism.

At present, a wave of so-called social justice is washing over Western civilizations. This movement has all the hallmarks of a fascist socialism, the very same that saw the rise of the Bolsheviks in Russia and the Nazis in Germany. The reason why these movements take root is because people tend to outsource or delegate their thinking to ideologues who act as a moral compass—one that is woefully broken.

In essence, when people stop thinking, become lazy in their ethical discernment, and cower in the face of immorality, evil can, and does, flourish.

The Milgram study clearly demonstrates that the primary cause of socially promulgated evil is the inability of the individual to think critically and make a moral choice—one that goes against the grain.

But in the age of information, ignorance is a choice. And for all those who love truth, freedom, and beauty, our duty is to follow the truth wherever it leads.

In this case, we must be willing to question the claims of so-called authorities and say no to anyone who asks us to compromise our moral integrity, be they from the government, our co-workers, family, lovers, or religions.

You may not know it by its name, but you’ve probably heard about its shocking results. In 1961, Yale University psychologist Stanley Milgram tested the willingness of participants to deliver electric shocks to another person while being encouraged or ordered to by an authority figure. While no actual shocks were administered, the results of the Milgram experiment shocked many people who swore that they would never do such a thing. A new Milgram experiment conducted in Poland proved otherwise and rekindles renewed fears of people “just following orders.”

The original Milgram experiment took on a special significance because it took place three months after the trial of German Nazi war criminal Adolf Eichmann had begun. Despite his defense that he had no choice but to follow the orders of his superiors, Eichmann was found guilty of crimes against humanity, war crimes, and crimes against Poles, Slovenes and Gypsies. 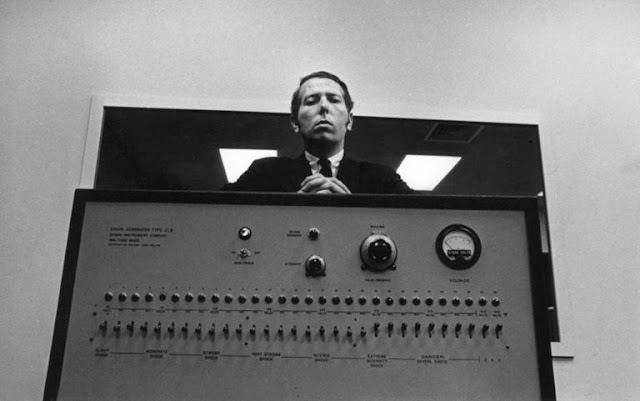 In the experiment, participants believed they were giving shocks ranging from 15 to a dangerous 450 volts to someone they could not see whenever that person got a question wrong. The person was an actor who screamed in pain as the alleged shocks got higher. If the participant balked, the experimenter told them it was important to the test that they ignore the screams and continue. In the end, 65 percent of the 40 volunteers followed orders and administered the full simulated 450 volts. 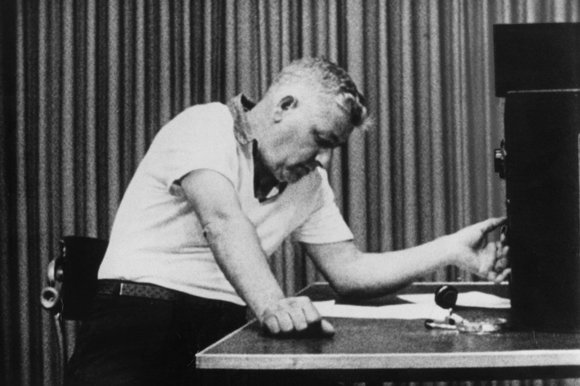 While the Milgram experiment has been recreated since 1961, it has never been conducted in Central Europe. According to a new report in journal Social Psychological and Personality Science, that changed in 2015.

Our objective was to examine how high a level of obedience we would encounter among residents of Poland,. The unique history of the countries in the region made the issue of obedience towards authority seem exceptionally interesting to us.

Psychologist Tomasz Grzyb from the SWPS University of Social Sciences and Humanities in Poland helped conduct the new experiment. Forty men and 40 women, ranging in ages from 18 to 69, were given the same instructions, encouragements and orders as in the original test, administering high voltage shocks to another human being. 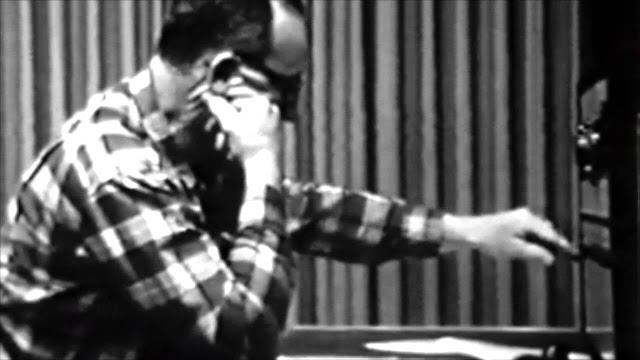 The results? The full 450 volts was administered (in simulation) to the screaming actors by 90% of the participants. One somewhat redeeming find – the number of people who refused to deliver the painful jolts was three times greater when they believed the recipient was a woman.

What have we learned? Grzyb delivers the shocking answer:

Half a century after Milgram’s original research into obedience to authority, a striking majority of subjects are still willing to electrocute a helpless individual.

Subjects living in a country where millions were killed by people following orders.

Are you shocked by the results? What do you think you would do? What WOULD you do?